World of Warcraft: Battle for Azeroth 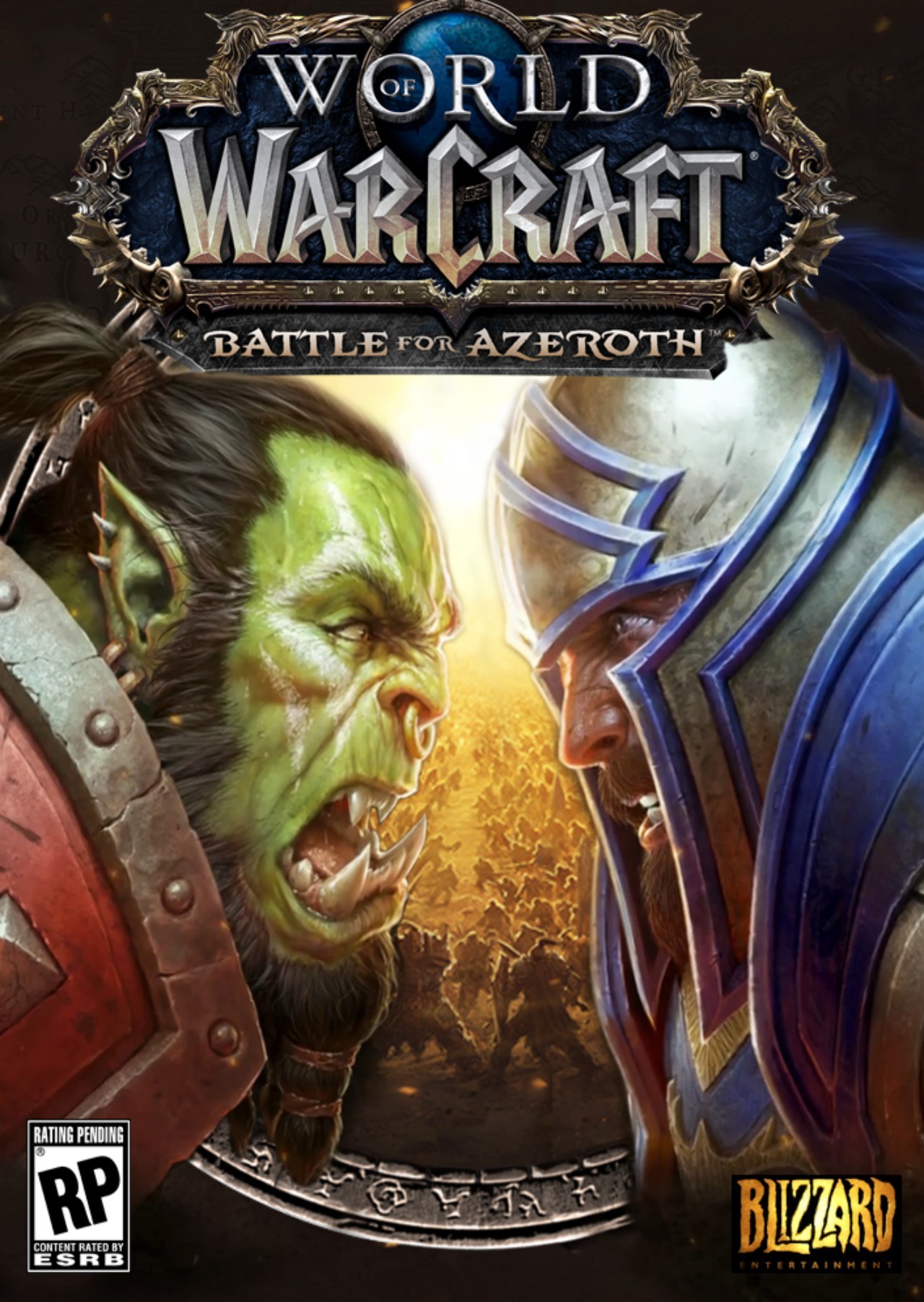 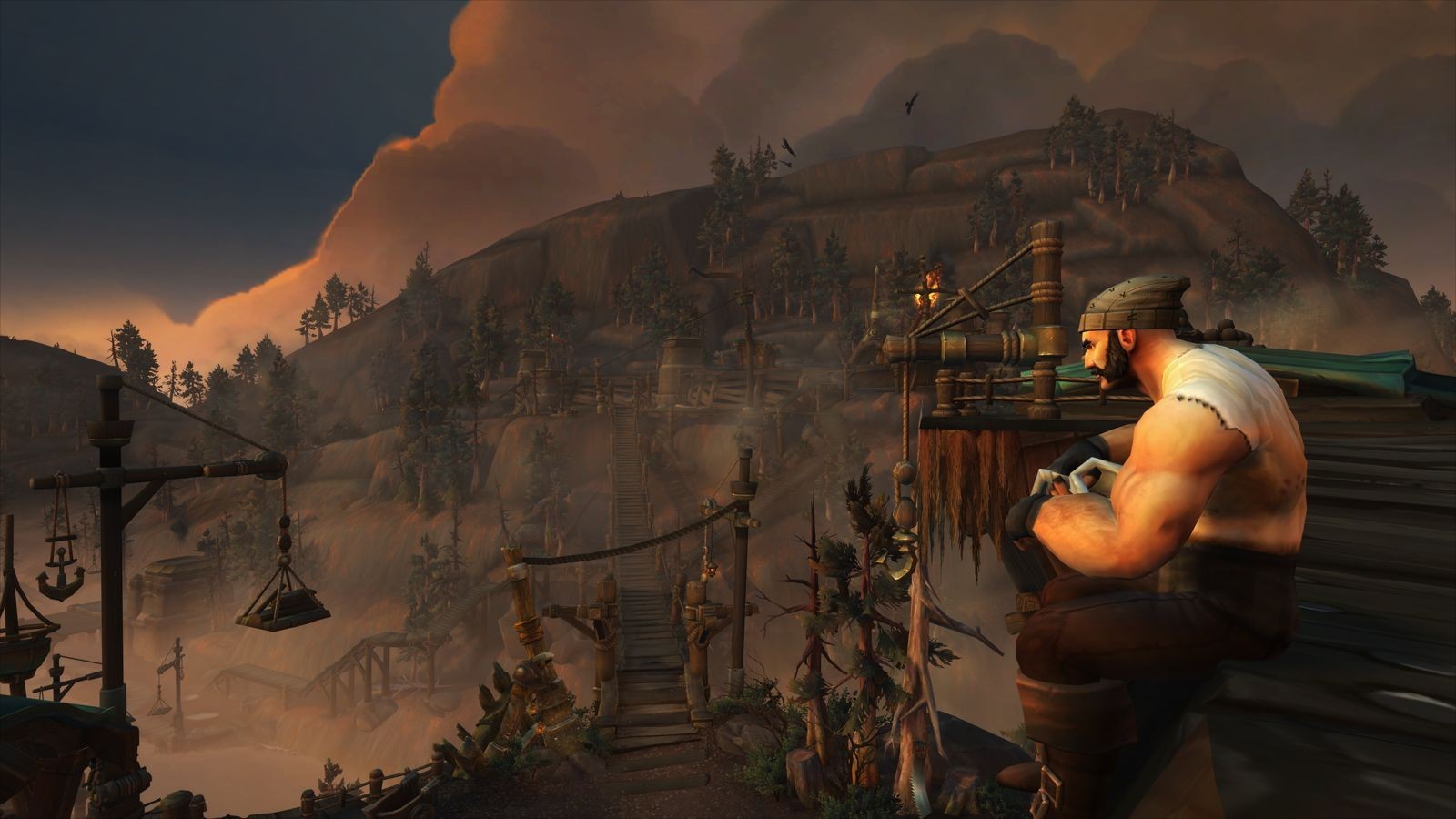 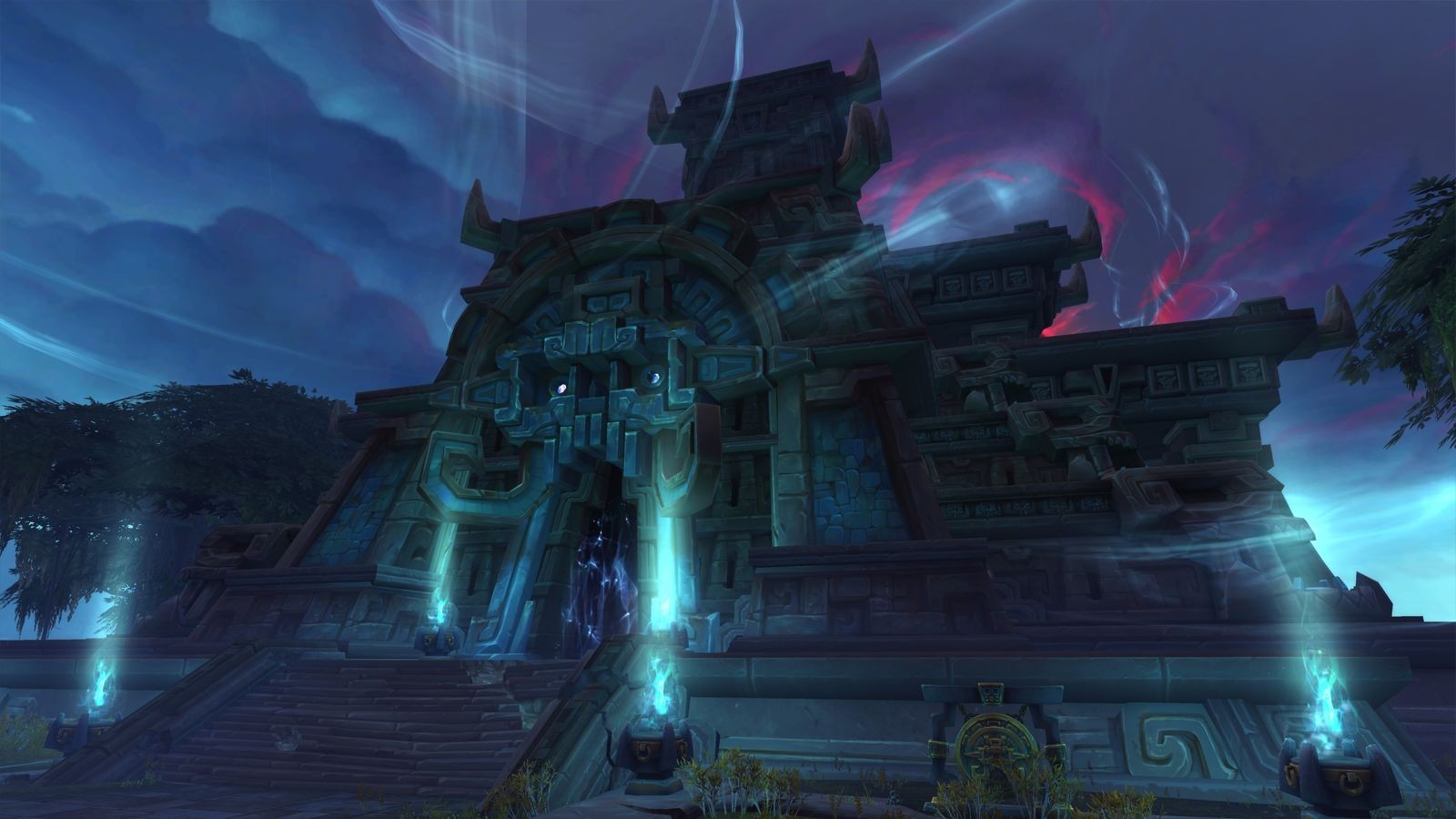 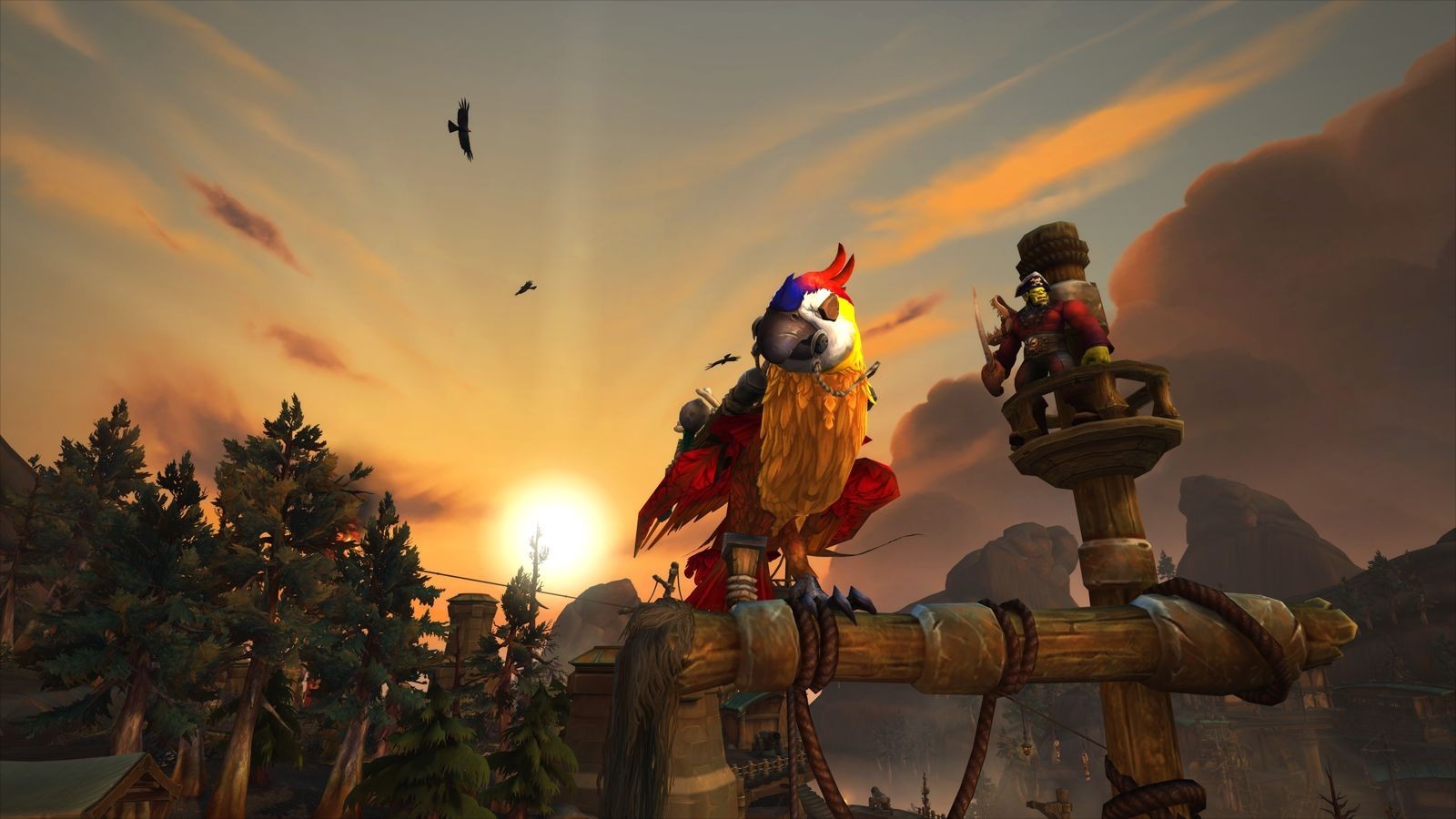 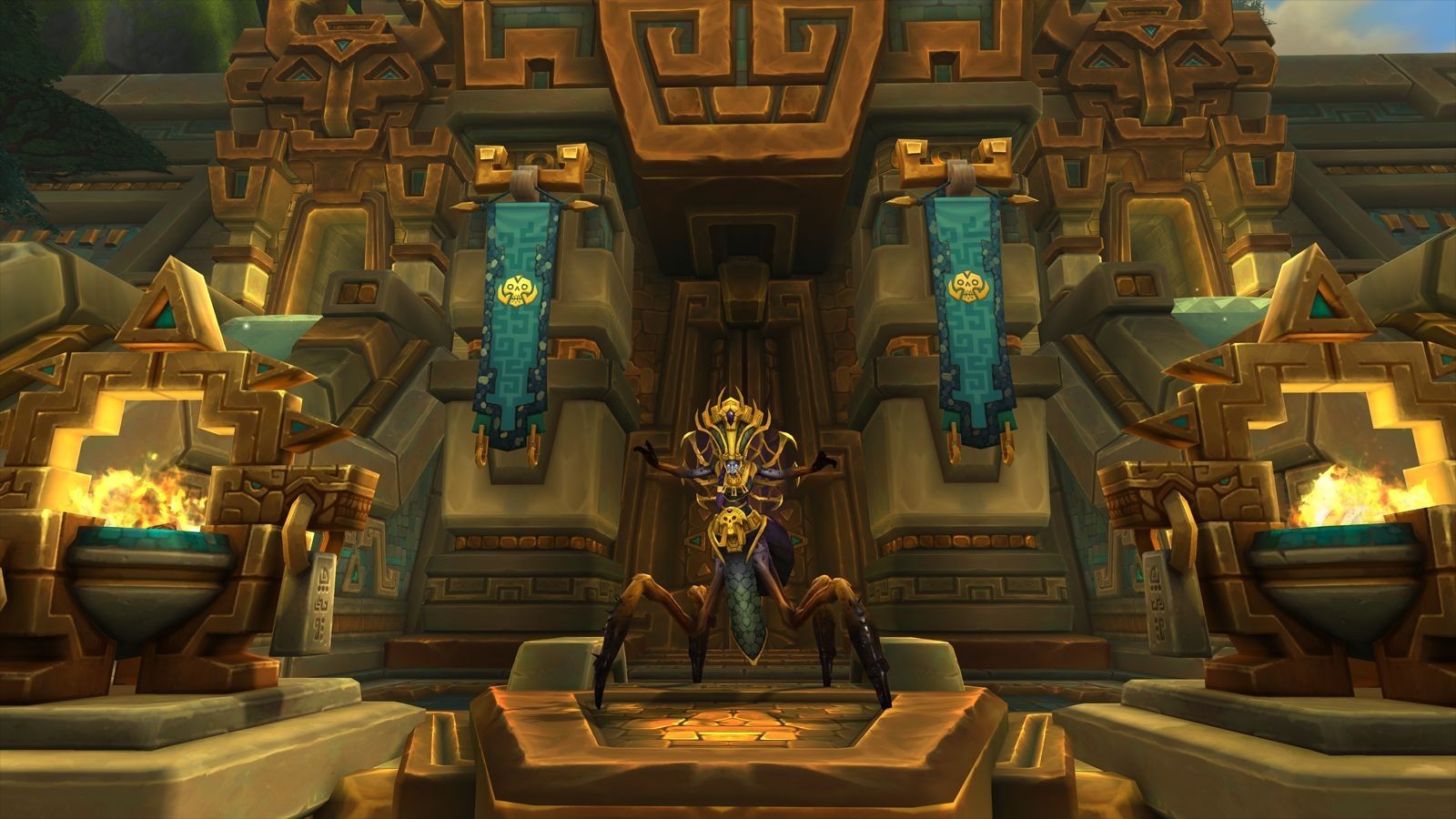 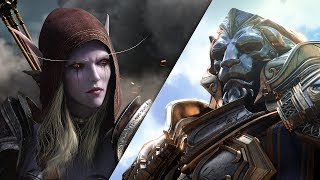 Azeroth paid a terrible price to end the apocalyptic march of the Legion's crusade—but even as the world's wounds are tended, it is the shattered trust between the Alliance and Horde that may prove the hardest to mend. In Battle for Azeroth, the fall of the Burning Legion sets off a series of disastrous incidents that reignites the conflict at the heart of the Warcraft saga. As a new age of warfare begins, Azeroth's heroes must set out on a journey to recruit new allies, race to claim the world's mightiest resources, and fight on several fronts to determine whether the Horde or Alliance will lead Azeroth into its uncertain future.

Pre-purchase Battle for Azeroth and begin your quest to recruit four new playable Allied Races. Heroes of the Horde can enlist the Highmountain Tauren and Nightborne, and champions of the Alliance can add the Lightforged Draenei and Void Elves to their ranks.

As a champion of the Horde, travel to the empire of Zandalar to persuade the trolls to lend their naval might. As a defender of the Alliance, venture to the seafaring kingdom of Kul Tiras, home of Jaina Proudmoore, and rally its inhabitants to fight for your cause. Quest through 10 new levels to the new level cap of 120—then continue to grow in power through new World Quests, raids, dungeons, and more.

Plunder the islands of the Great Sea

Set out on Island Expeditions and conquer an ever-changing array of enemies, environments, and objectives. Battle in groups of three as you race against cunning rival intruders—or enemy players—to collect each island’s resources and fuel the war effort.

Charge into a Warfront

Fight on the battlefields of a large-scale, 20-player cooperative Warfront to claim a key strategic location. Capture resources to build your faction’s forces, lead the charge as your troops lay siege to objectives, and fight the enemy commander to claim victory in this new PvE mode inspired by classic Warcraft RTS battles.

Seek out Azerite, an invaluable new resource that has emerged in the Legion’s wake. Imbue the Heart of Azeroth—a legendary neck piece entrusted to each hero by Magni Bronzebeard—with Azerite to customize your armor with new powers and traits.

Seek out Azerite, an invaluable new resource that has emerged in the Legion’s wake. Imbue the Heart of Azeroth—a legendary neck piece entrusted to each hero by Magni Bronzebeard—with Azerite to customize your armor with new powers and traits.