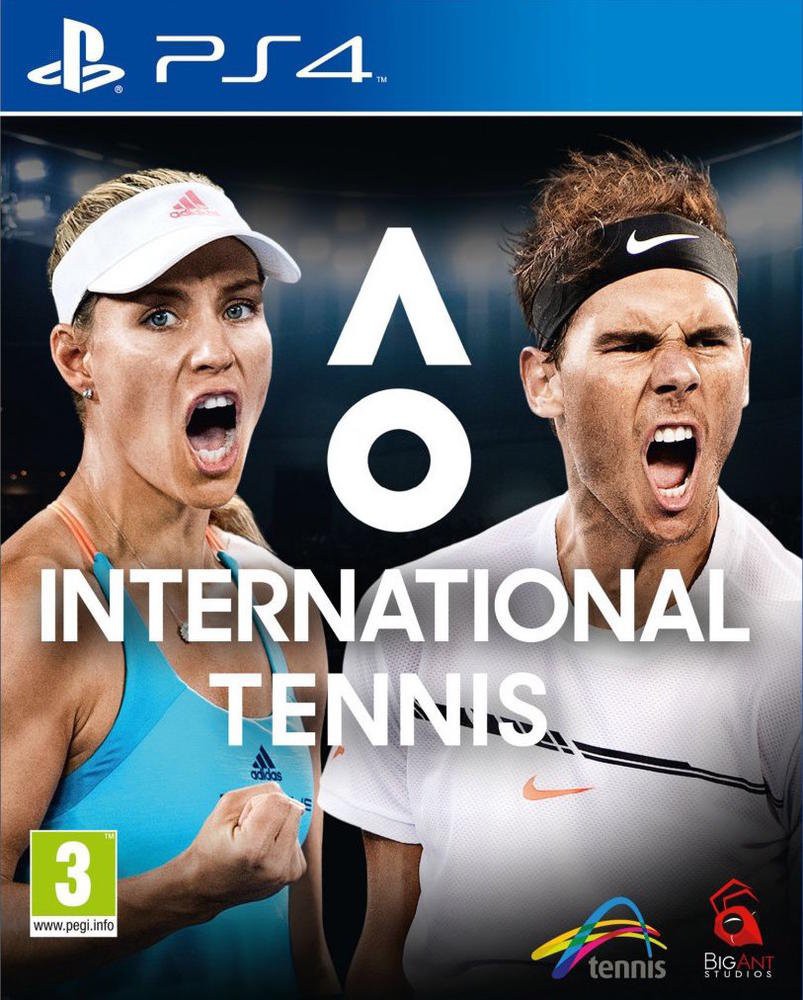 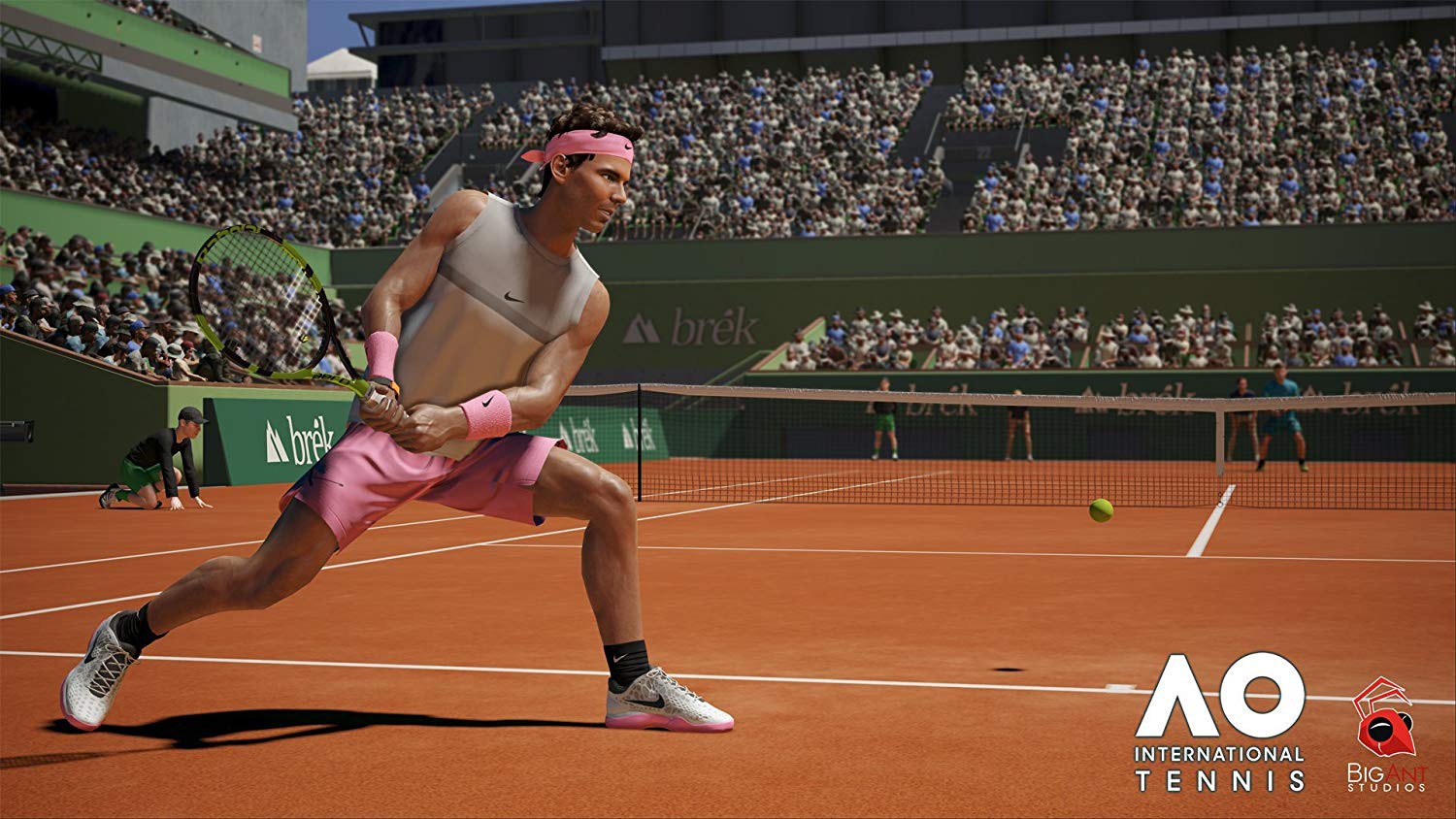 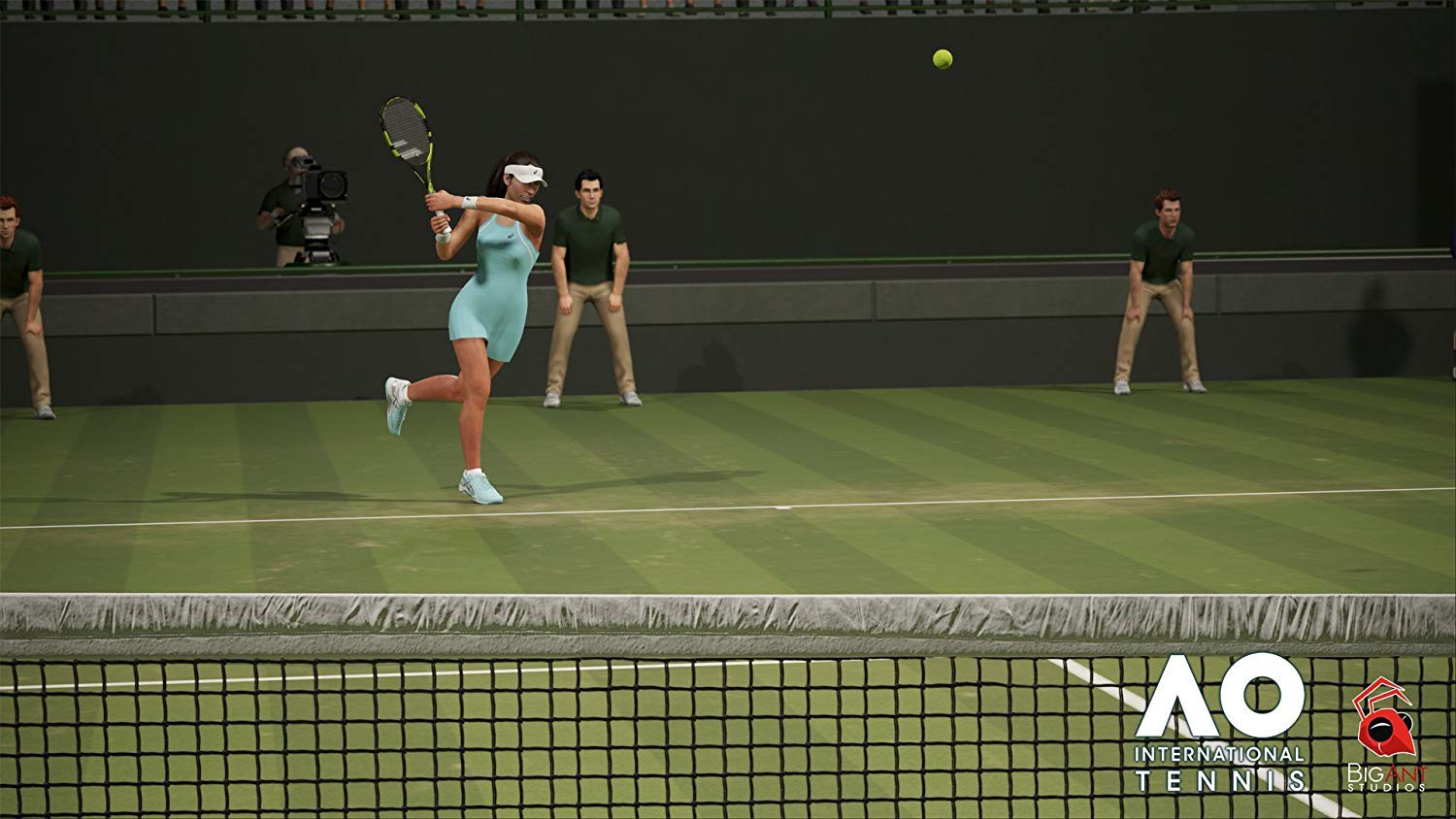 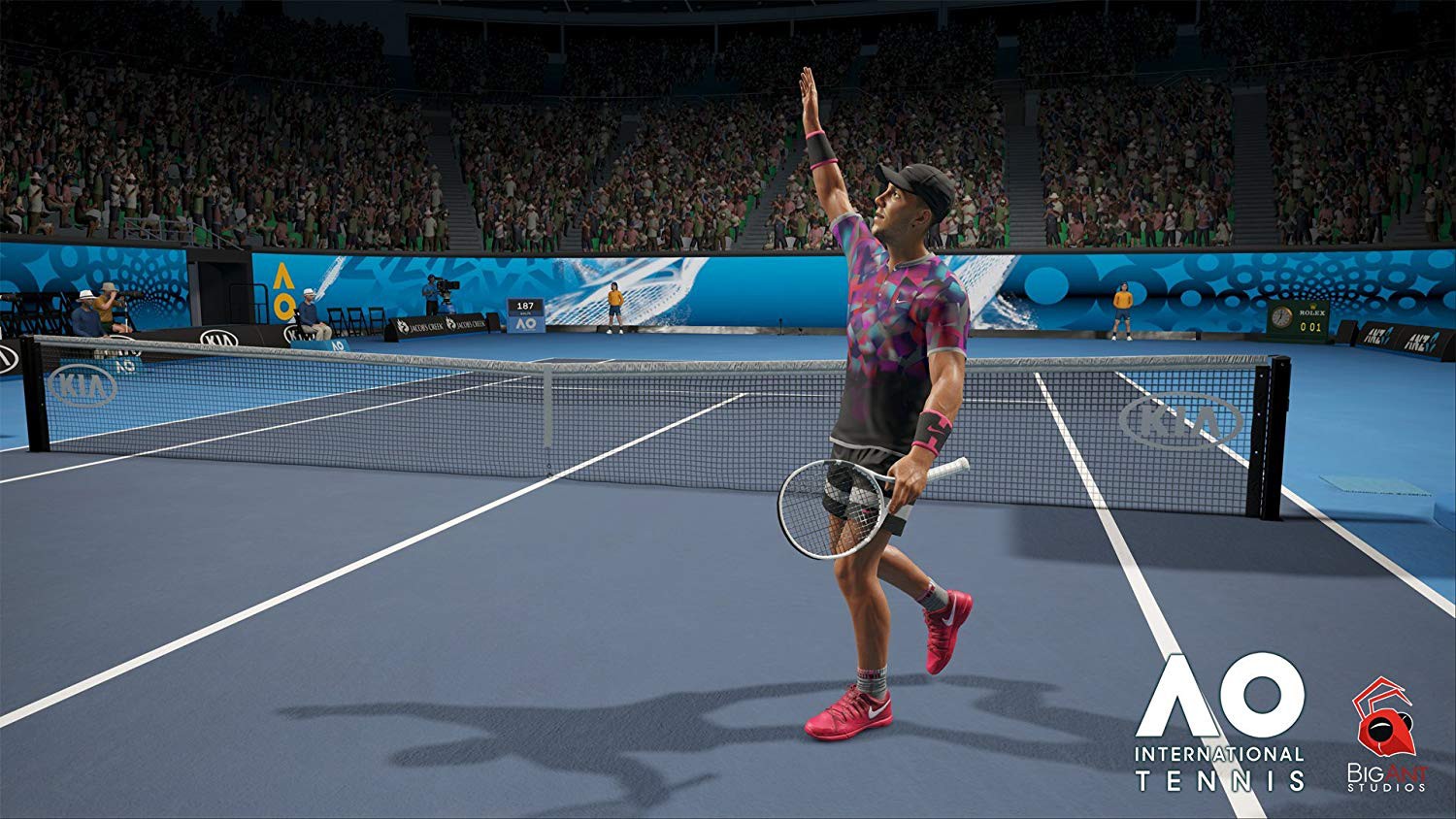 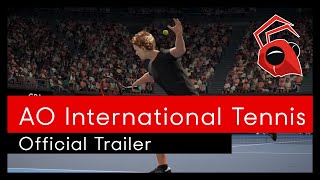 AO INTERNATIONAL TENNIS is the most advanced tennis game ever produced. It combines fully licensed, photo realistic players with a decade’s worth of historical shot data that enhances their AI so that they play just like their real-life counterparts, right down to shot selection at any given point of time in a match. Comprehensive career, tournament and online play modes make this the most in-depth tennis game ever created and sets a new standard for what a tennis game can offer fans.

Licensed To Offer A Depth Of Tennis Experiences
AO International Tennis includes plenty of fully licensed players, including Rafael Nadal and Angelique Kerber. Tennis isn’t just about the superstars; you’ll be able to take on some of the future heroes of the sport, such as Hyeon Chung, Naomi Osaka (and many more), and follow their heroics through the very biggest tournaments.

Play Around The World
Play glamorous and prestigious tournaments all over the world in AO International Tennis, on all court surfaces. Take the title in Singles, Doubles or Mixed Doubles. Select your favourite player - or play as yourself through an entire career, all the way to #1 and the biggest championships of them all.

Play On Hard, Grass, Or Clay Courts
Play on your surface of choice, each has a distinct play style and presents different challenges. Master the techniques required for each and adjust your approach to truly excel.

Customise Matches!
Play an epic 5-set Grand Slam final, or play with one of the more experimental formats, like Fast Four, for a quicker tennis game. Or design your own! AO International Tennis is all about customisation, allowing you to play your game, your way.

Not Artificial Intelligence, Actual Intelligence
AO International Tennis’ players hit the ball based on 10 years of ball tracking data for maximum authenticity. They’ll use angles and know exactly when to drive home the winner. When you play one of the licensed players in the game, it’ll feel like you’re out there on the court in the duel of your life.

Motion Captured Movements
Professional players have been 3D scanned and motion captured in order to ensure the game looks, feels, and moves like a tennis broadcast.

Career Mode - Play Hard, Reach The Coveted #1 Ranking
Start out as a star, or work your way from the bottom, climbing through the rankings, all the way to #1 in the world. There are hundreds of tournaments that occur every year – are you able to replicate the success of one of the great tennis champions to select the right tournaments to play in, and then perform well enough at those tournaments to get the ranking points you need to get into that top 100, then top 50, top 10, and finally #1, playing against the world’s best?

Introducing Big Ant Studios’ Latest Innovation: PlayFace
Take a photo of yourself, and then digitally insert that face onto your AO International Tennis player model. Then take to the court with your very own photogrammetry likeness in an innovative first for a tennis game, ever. Any photo can be used to create likenesses every bit as life-like and authentic as what you’ll see in the scanned licensed players. Then jump online and download the players created by other users.

AO International Tennis’ community will provide you with a roster of players bigger than the real-
world professional tours!

Stadium & Venue Creator – Design Your Own Championships
Enhance any mode with custom stadiums created by either yourself, or choose from hundreds of others created by the community. From your local courts to a renowned international stadium, the editor allows you to tailor countless elements. Don’t stop at a single court, either; create an entire venue with multiple courts. Customise the main, outside and show courts and create your dream ‘park’ for hosting a tennis championship.

Logo And Clothing Creators - Look Great As You Play
Comprehensive Clothing and Logo creators allow you to be “sponsored” by your workplace or favourite company. Replicate any kind of tennis fashion that you might have seen right into the game. Download and share your favourite creations through the community, which is continuously growing with player-generated content.

Prove You’re The Best In The World
Challenge the world and become the world champion from the comfort of your living room through the comprehensive and fully-tracked multiplayer mode. Full online leaderboards track your progress and win/loss records for extra bragging rights.

Learn The Ropes As You Play
AO International Tennis is a serious simulation of the sport, so we’ve included a tutorial to get you into the game and hitting winners off both sides of the court quickly and easily.