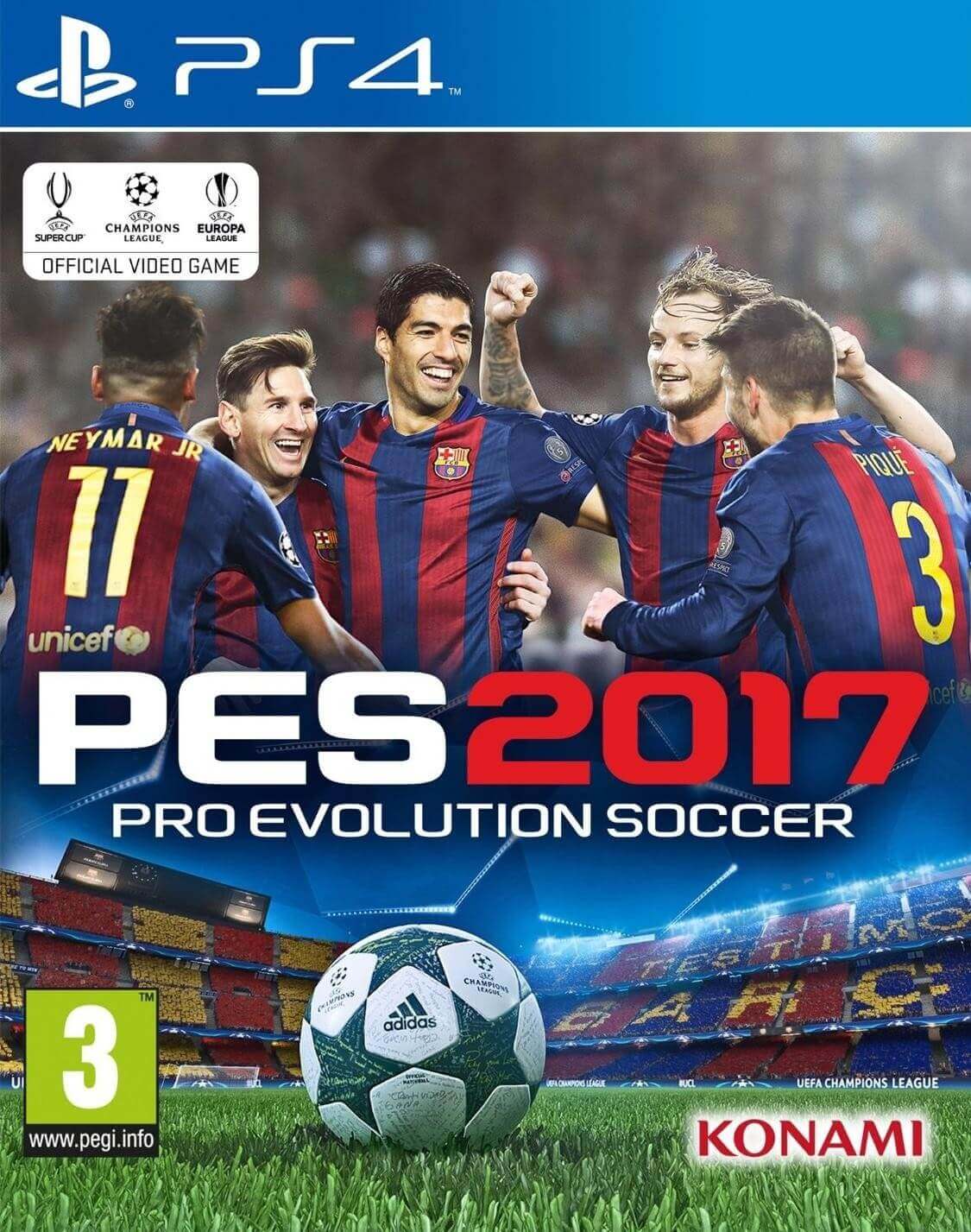 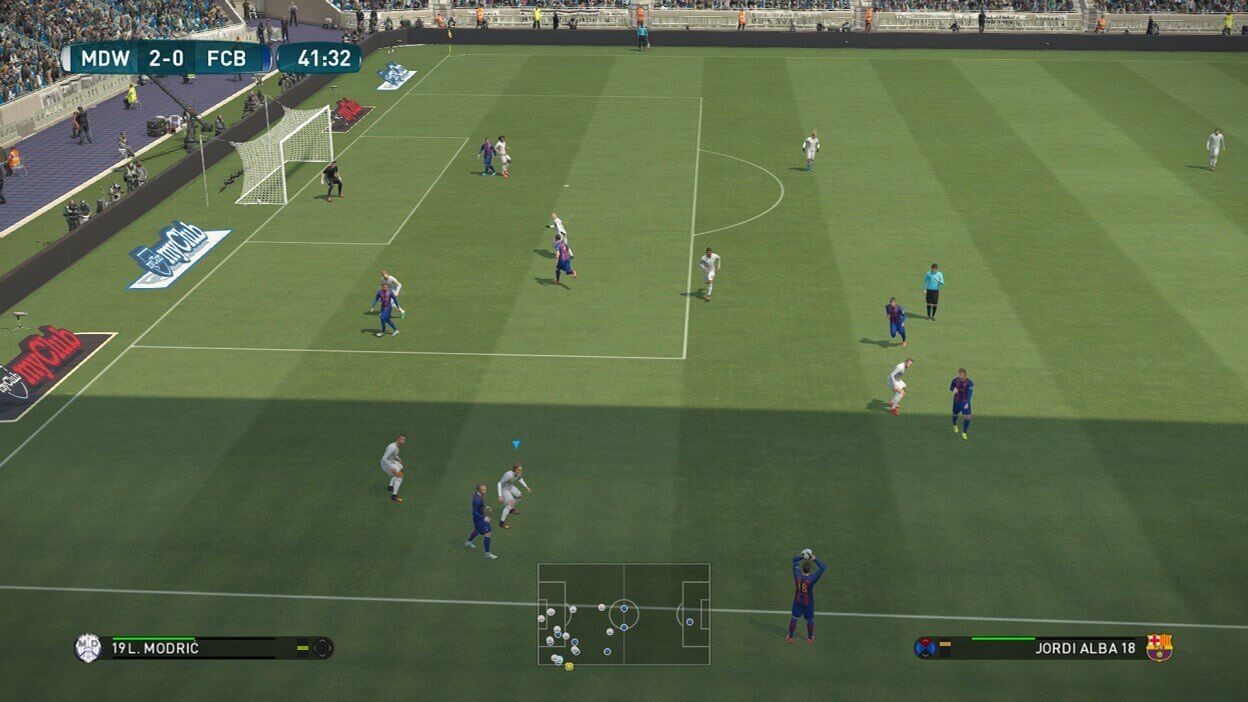 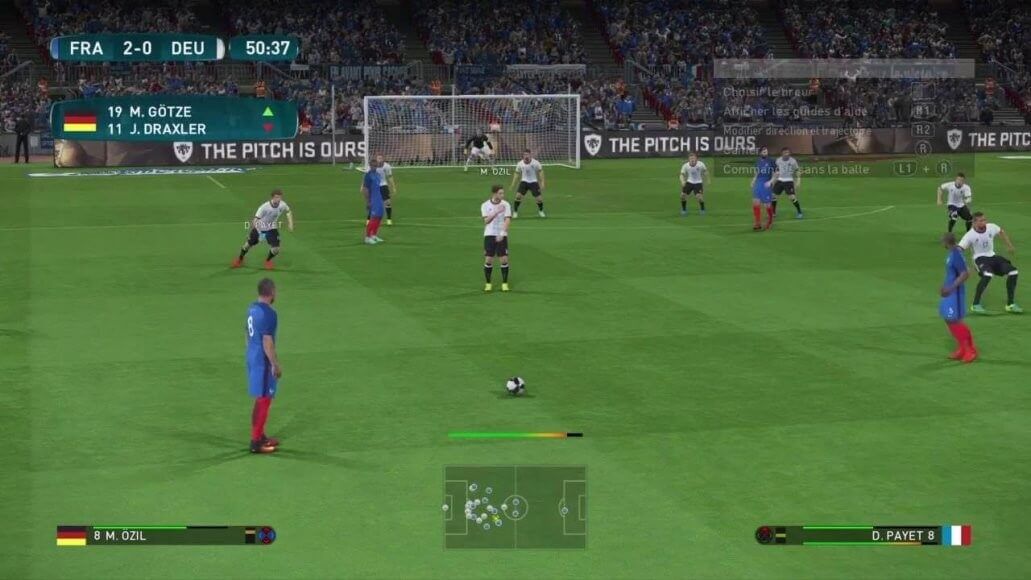 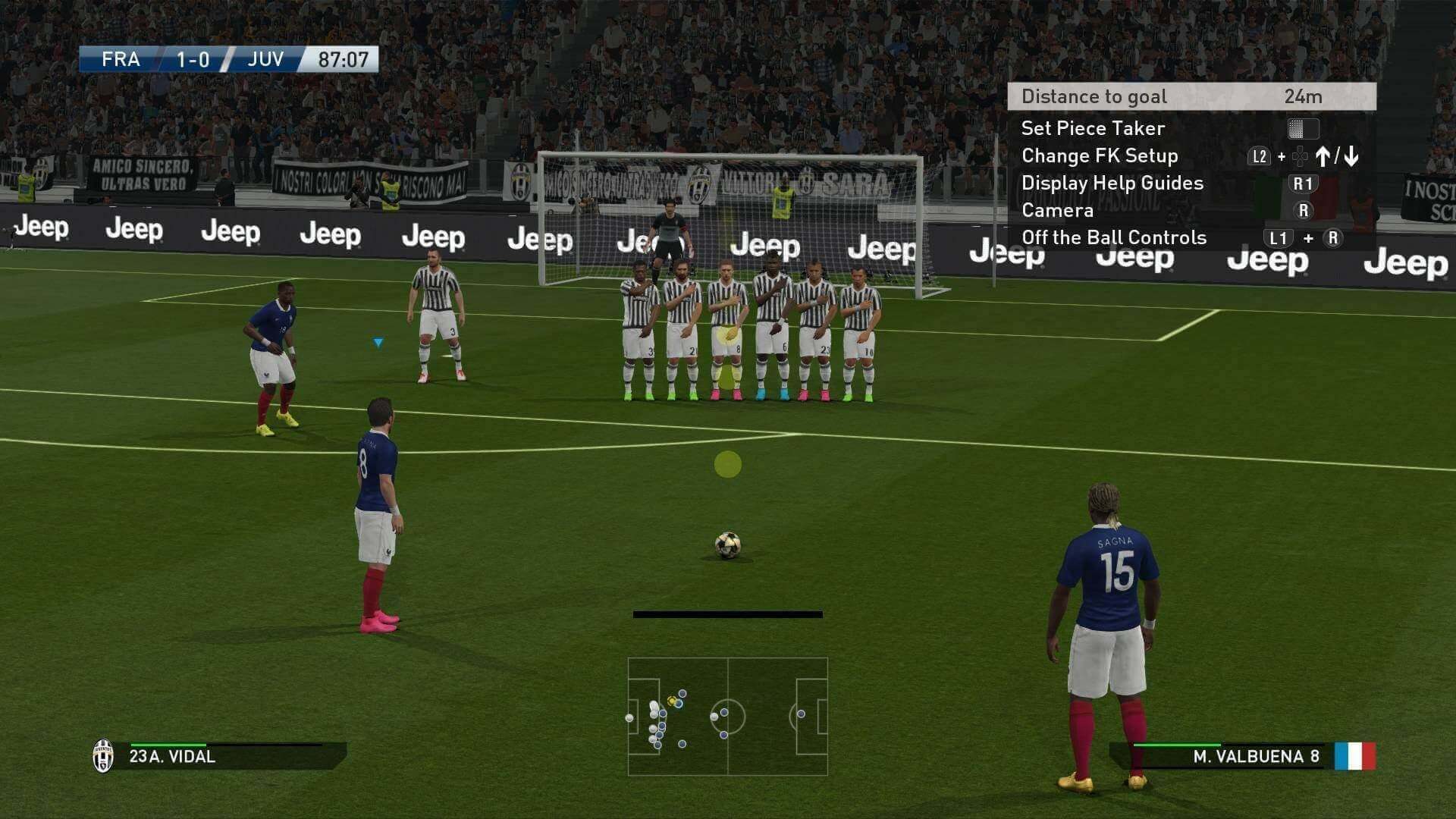 In soccer, what dictates and separates the best from the rest is 1st touch control. In PES 2017, the 1st touch is calculated by player attributes, as well as the further inclusion of real ball physics directly controlled by the input ball touch. See how different players control the ball in unique and different ways based on where and how you control them, dictating the flow of the game based on how they react to the unpredictable movement of the ball. In addition, there is more control in how you receive passes, and depending on the pass, players can visually execute the exact play intended, from receiving a pass to sending the ball out again.

Combining Real Touch and real ball physics, passing is an art form in PES 2017. Many factors determine the speed and accuracy of the ball. The base factors are the player's rates and skills, and adding to these are the player's direction and angle that links to the natural, satisfying animation to follow. A pass that is made in at best situation and timing will generate a perfect trajectory, resulting in immense satisfaction when a killer pass is made.

Keepers see a great jump in quality through added motions and animations, creating the most agile keepers in PES history. They instantly react to shots, including fast follow up, in which they spring into action after landing. Further improvements have made to a variety of situations the goalkeeper will face, including 3 significant areas. These include deflection when the shot is near their feet, instant reaction to shot to the side they are not expecting, and fingertip saves to defend shots right before it goes past the goal line. With these new intelligent keepers, scoring a goal will be no simple task. The ball physics when the keeper saves is close to real life, which can be seen in how a shot is deflected based on which part of the keeper it hits. Attacking moments will be more dramatic than ever, bringing the best feeling of achievement when that goal is scored.

Strategies that are very much individually defined, such as Tiki-taka and tight marking, which is strongly based on team ideology, can now be set in “Advanced Instructions”, which adds a huge variety in how you plan to win. The renowned strategy to go in for heavy pressing such as Gegenpressing, the counter target strategy to not go all-in on pressing, and the heavy man-mark that some teams put into practice are all in this strategy setting. This vividly adds team identity and makes winning more rewarding, but most of all, it makes matches more fun through tactical strategies.

The series is known for incredible depth when controlling how your team plays, and with Total Team Control in PES 2017, users have new on-the-fly options during a match. Users can instantly change the attacking and defending mentality of the team, which can be tweaked and carefully controlled with simple controls, allowing immediate reactions to the unpredictability of the sport. Defend a lead or drive the team forward to score a goal. The choice is yours.

Control the defensive and offensive strategies on set pieces to add a new dimension to corner kicks. By tapping the d-pad on a corner, a variety of options come up, allowing users to tailor each moment to their playing style. Defensive options include choosing to mark zonal or Man to Man. Offensive options are also included, such as flooding the 6 yard box, or "Train", which has players attack the ball in a straight line.

For the first time in a soccer game, the AI will learn how you play, listen to your strategy plans, follow your Advanced Instructions, and change tactics accordingly! Pass to a star player often? The opposition will double up on him and mark heavily. Like to constantly play down the wings? Players will cover their fullbacks to make you think twice! The AI will also adapt its attacking tactics, so if you are intercepting the opposition's long passes, it will change to a short passing game! Player and team behavior has always been a staple of the PES series, and in PES 2017, Adaptive AI will change sports games forever.

For PES 2017, the visuals have seen a major upgrade, offering Authentic Visuals thanks to the further incorporation of Fox Engine. The lighting sources have been doubled this year, and the crowd models and field textures have been overhauled, making the visuals more realistic than ever. Details are meticulously rendered, such as being able to see the players breathing in winter, the net splashing water off when the ball hits it in rainy weather, and field debris flying around when kicked up. Shadows in day matches are more recognizable, and some of the spray lines for free kick lines are seen throughout as subtle enhancements. Nothing has been left untouched, from player models, lighting, crowds, field and stadiums. They have all been totally revamped. Never has a game looked so real.n.