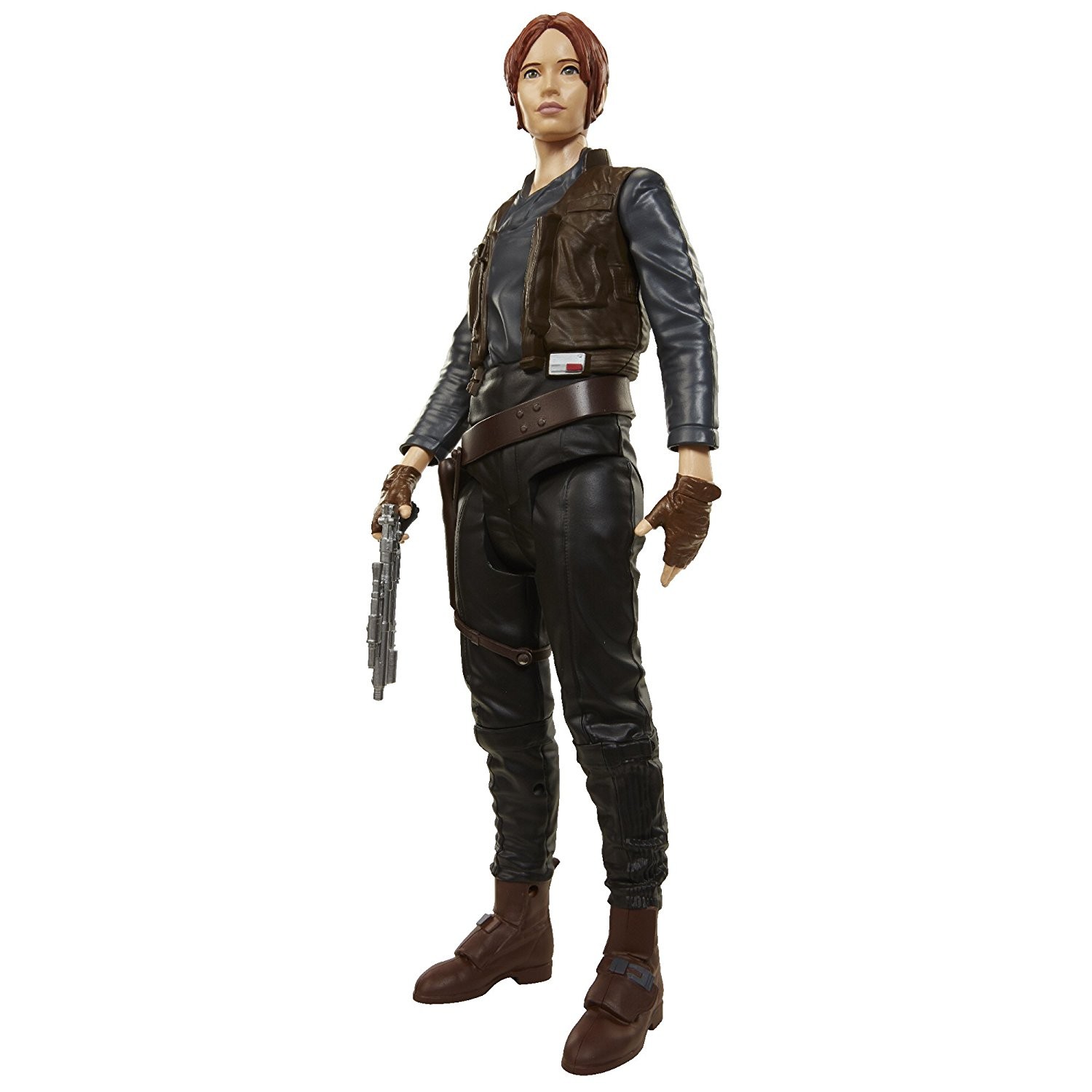 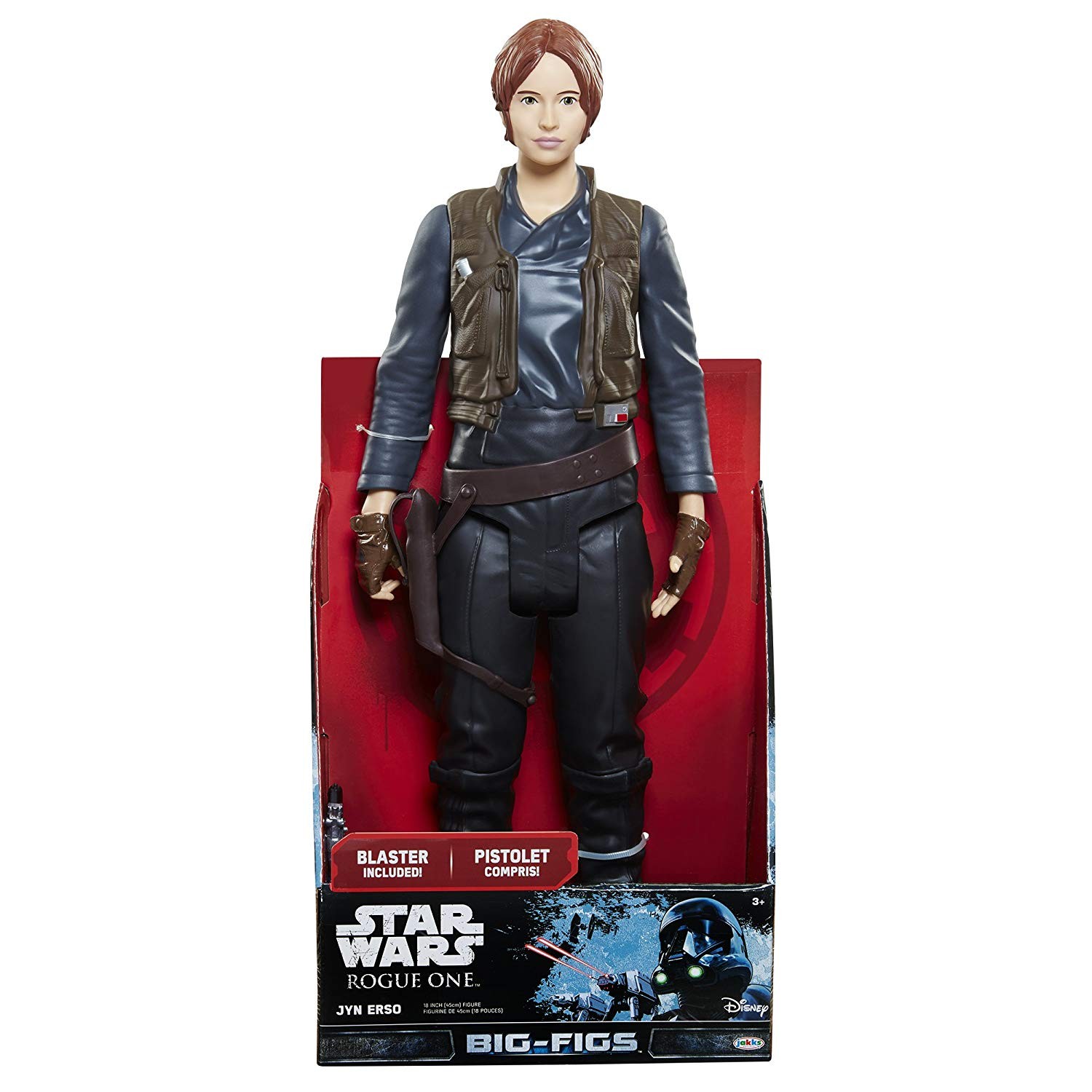 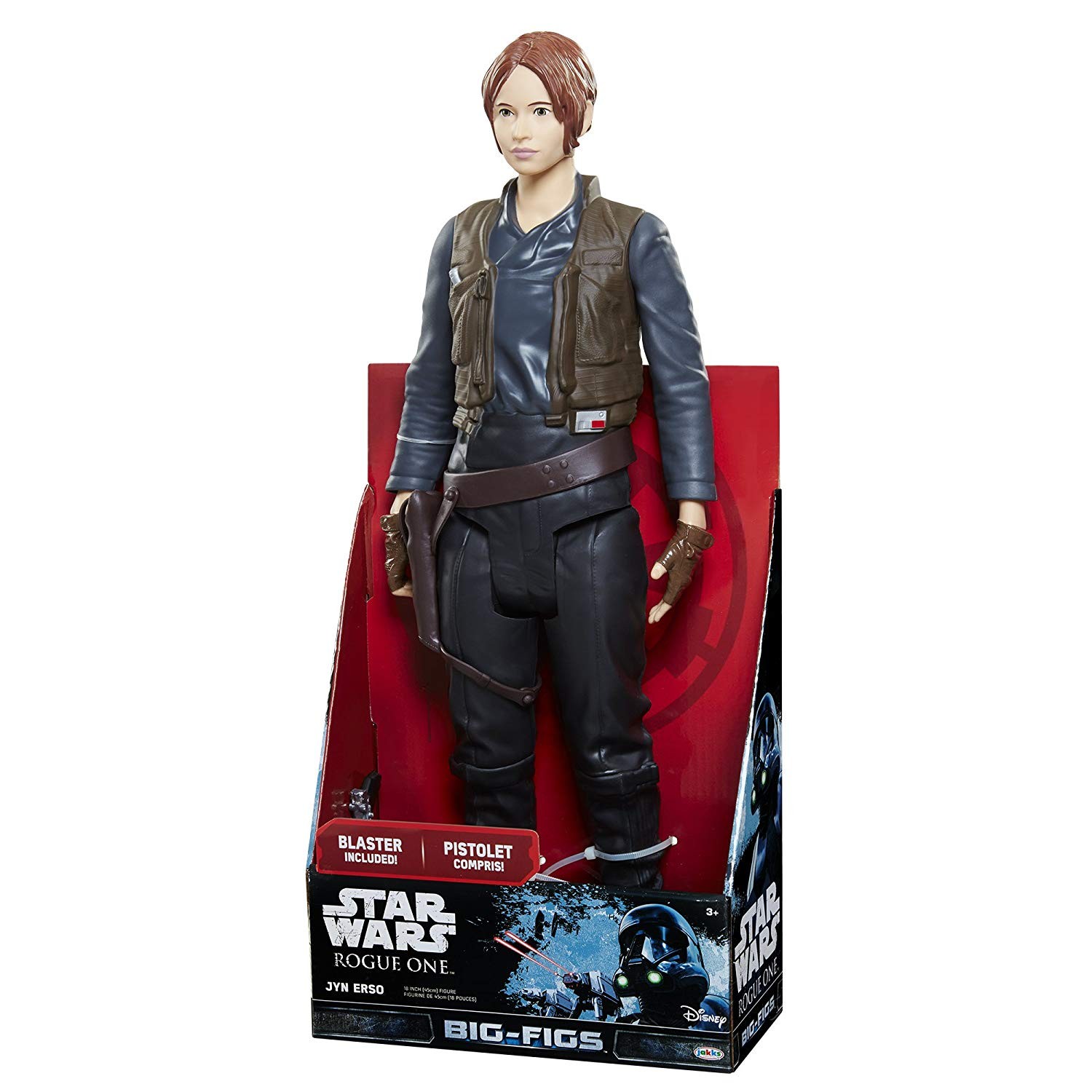 Straight out of the new Star Wars film Rogue One is a new assortment of JAKKS 20" BIG FIGS! Following the foundation of the Galactic Empire, a wayward band of Rebel fighters comes together to carry out a desperate mission: to steal the plans for the Death Star before it can be used to enforce the Emperor's rule. Assortment One features Jyn Erso, Death Trooper, Stormtrooper, and K-2SO. Recreate all the action and adventure of the new movie, only with JAKKS BIG FIGS! 18” Sergeant Jyn Erso. A highly skilled soldier in the Rebel Alliance, Jyn Erso is an impetuous, defiant warrior eager to bring the battle to the Empire. This incredible 20-inch-scale BIG-FIGS Jyn Erso features 7 points of articulation for fully poseable action and includes her unique blaster that she uses to combat the Empire. Celebrate the excitement and action of Rogue One with Jakks’ BIG-FIGS 18” Jyn Erso!