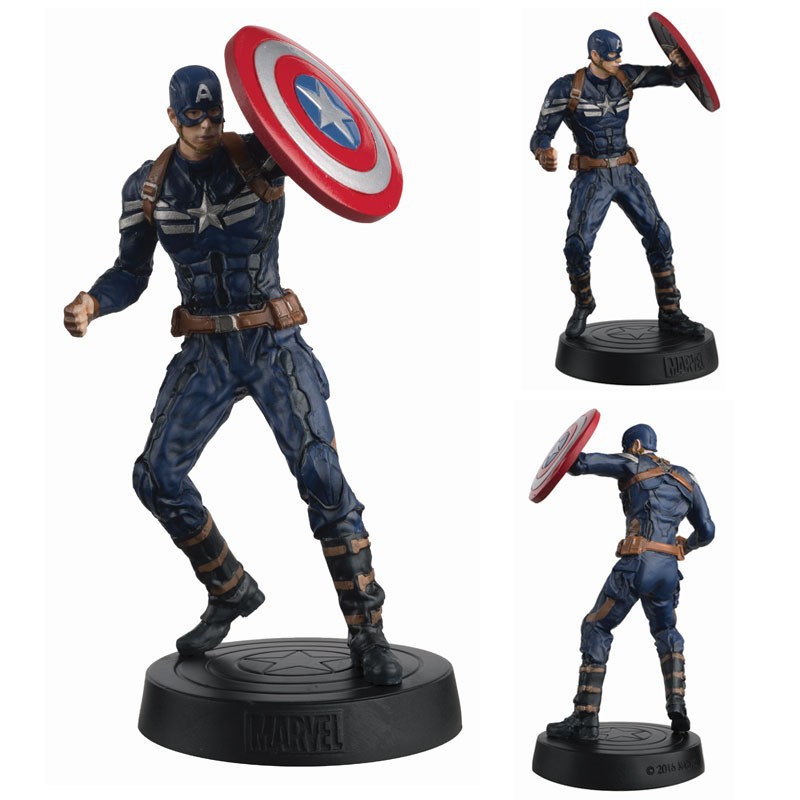 > 'Team Cap!' - This awesome Captain America figurine inspired by the film adaptation of Captain America: The Winter Soldier is perfect for any Marvel fanatic.

> Steve Rogers – the legendary super-soldier of World War II – spent 70 years on ice and is ready for your shelf or desk. Your Cap figure is designed on the image of Chris Evans as Captain America/Steve Rogers and has been cast in a specially formulated metallic resin then painted by hand. Features Rodger's in his traditional colours blue and red, muscularly toned body, holding his iconic circular shield ready to defend his country.

> A 16-page collector's magazine accompanies your figurine, filled with information about the character, actor and backstage of the film.