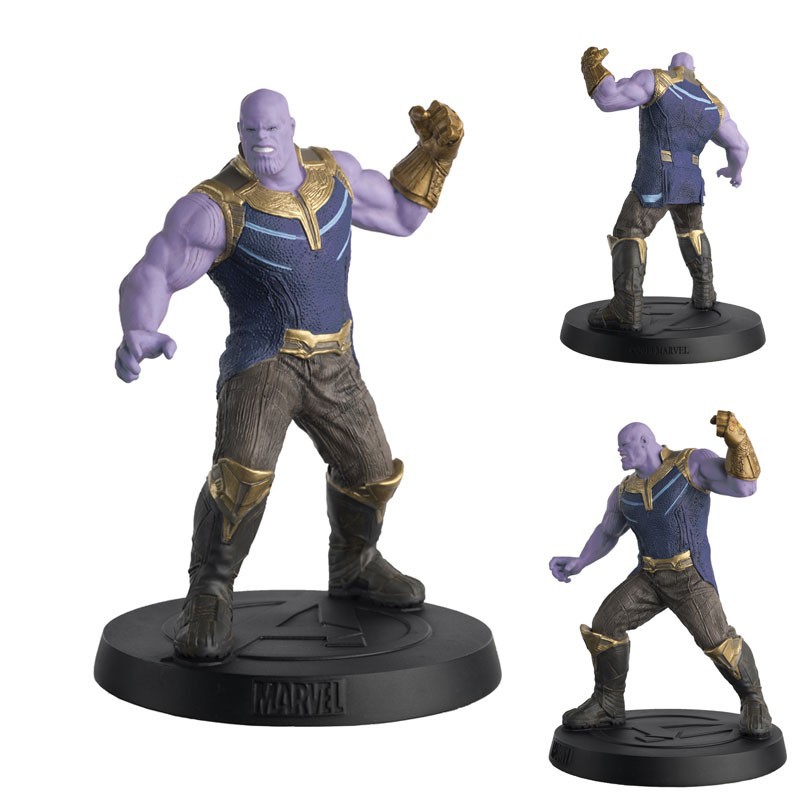 > Dread him. Run from him. Thanos still arrives! And now one of the most hated and feared beings in the Marvel Universe is available as part of the Marvel Movie Figurine Collection.

> This spectacular 1/16 scale Special Edition figure is inspired by the Mad Titan’s appearance in Avengers: Infinity War. The figurine is meticulously crafted, hand-painted, and stands over 13 cm tall. It captures the purple brute's imposing silhouette, determined expression, and infamous metallic gold-coloured gauntlet- studded with a complete collection of six Infinity Stones. Thanos stands in an aggressive, dynamic pose, ready to eradicate half the population of the universe.

> This Thanos Figurine is accompanied by a glossy 16-page magazine that goes behind the scenes of the movie and chronicles the despot’s epic quest to wield the Infinity Stones.

Avengers fans, don't miss your chance to add Marvel’s most monstrous menace the Titan hero to your collection!