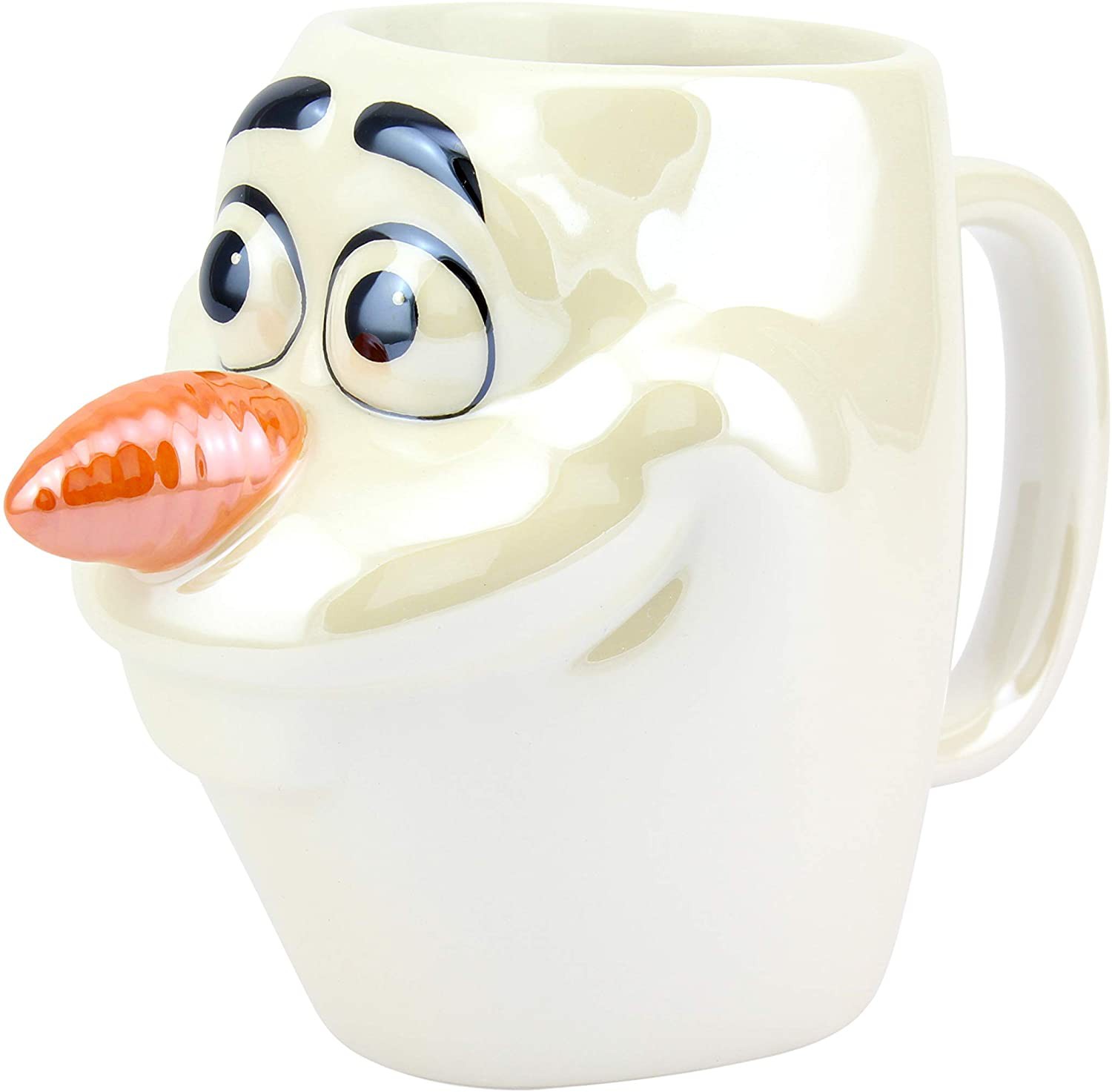 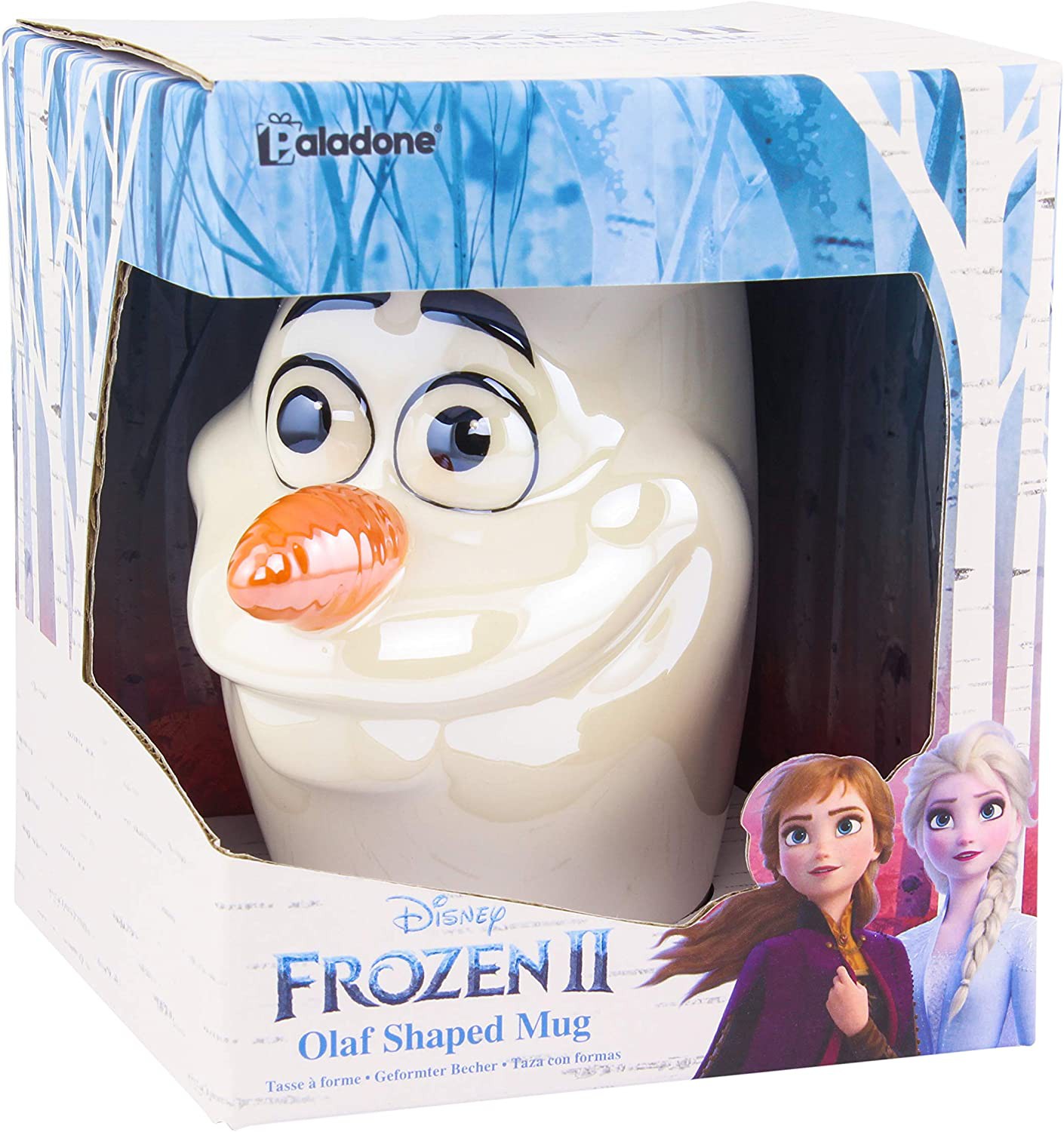 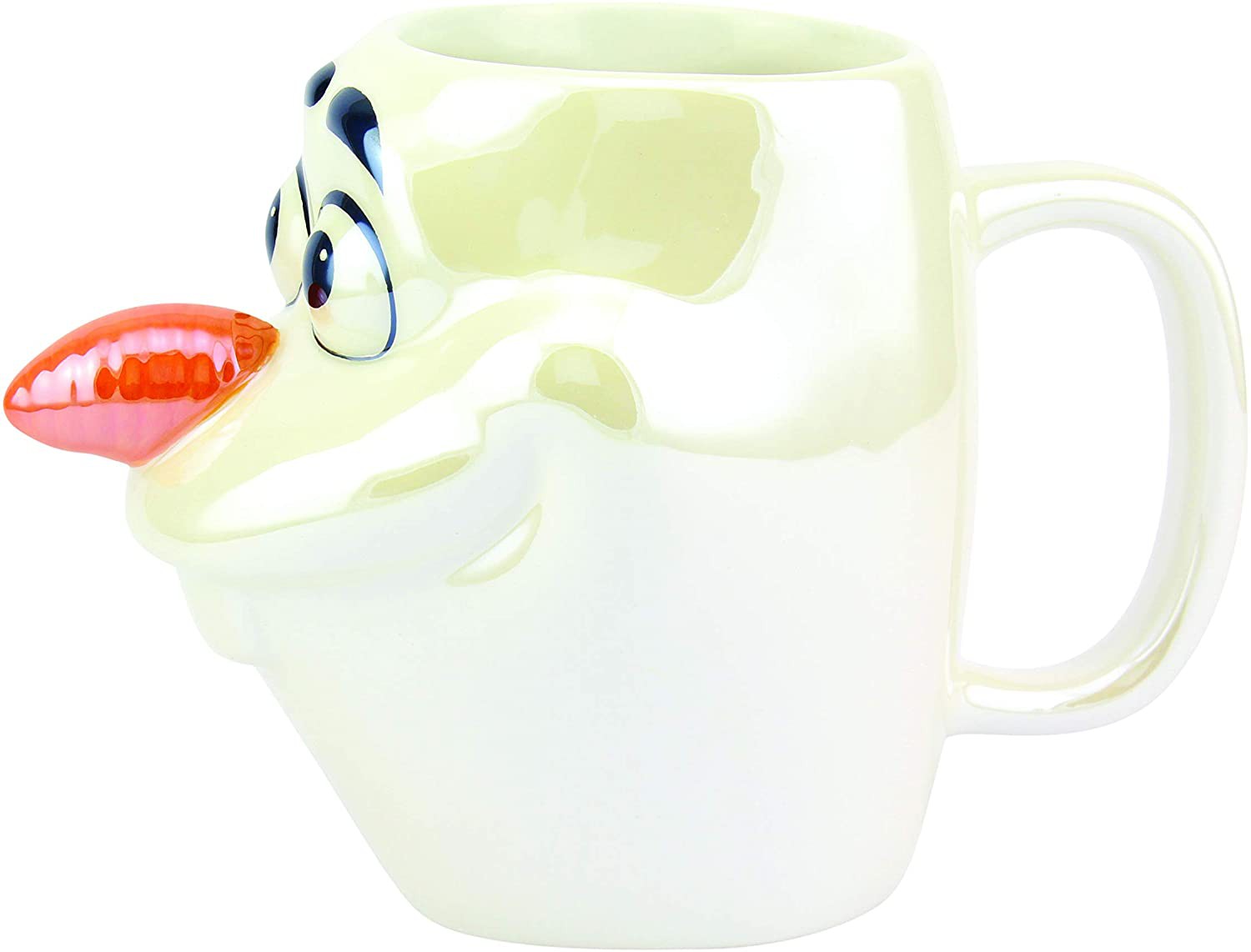 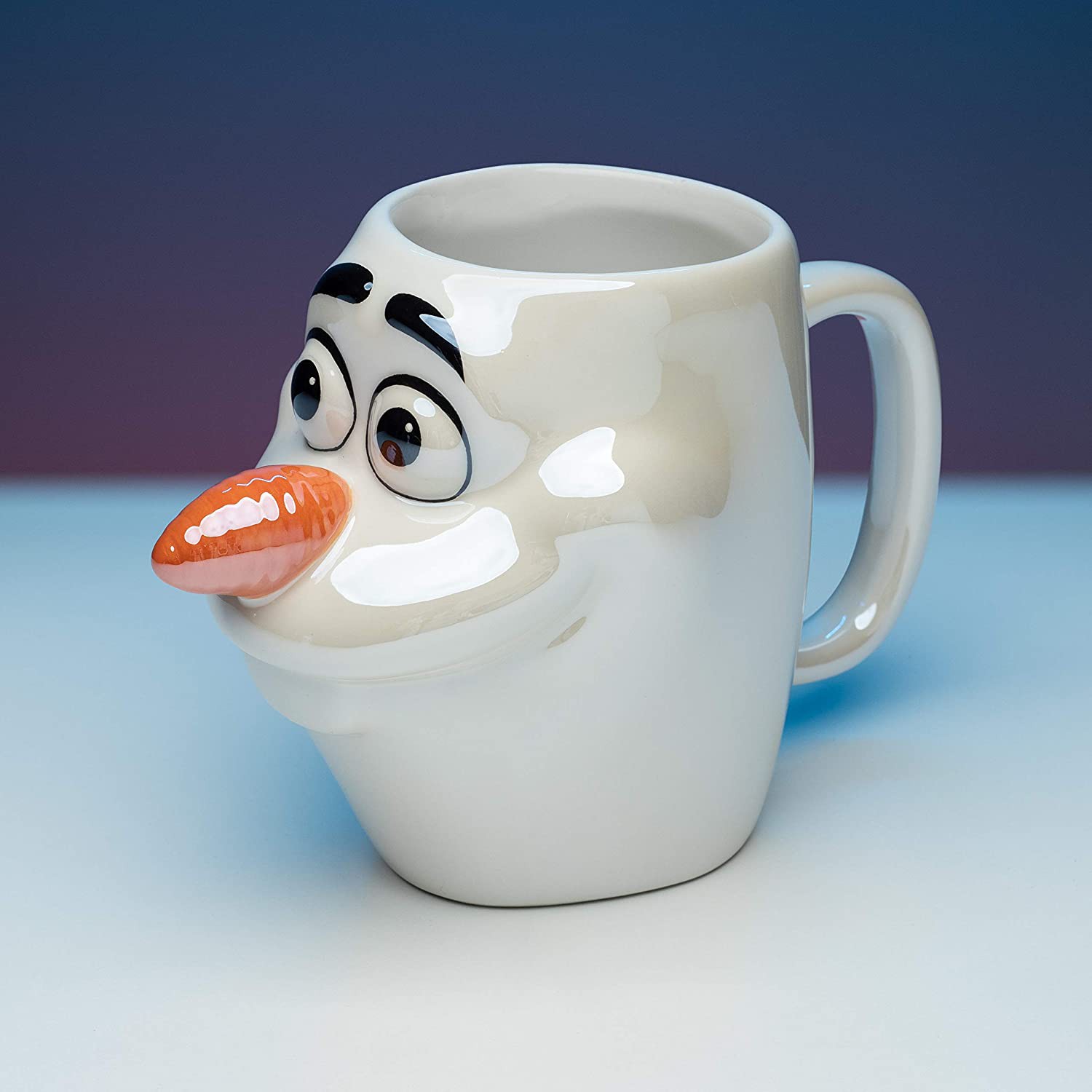 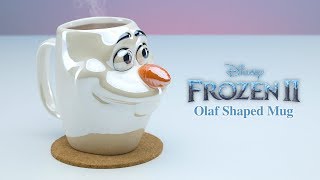 Make sure you share every hot beverage with your favourite funny snowman with this super - fun Olaf Shaped Mug.

This wonderful mug features the naive and lovable Olaf from the popular Disney animated film Frozen.This dolomite mug is in the shape and design of Olaf's head, featuring his adorable smiling face, and comes packaged in an open window box.

The mug is a great little gift for lovers of Olaf and the film Frozen. It's also perfect for Christmas and birthdays making a great choice for a stocking filler or your next office Secret Santa. Supremely popular animated film Frozen was released in 2013 by Walt Disney Pictures and went on to gain mountains of critical acclaim.

Inspired by the Hans Christian Andersen fairy tale titled 'The Snow Queen', Frozen tells the story of a girl who is on a journey to find her estranged sister whose icy powers have inadvertently trapped their kingdom in eternal winter. Anna is joined on her adventure by a rugged iceman, his loyal reindeer, and a naïve snowman named Olaf. The film won two Academy Awards for Best Animated Feature and Best Original Song, as well as the Golden Globe Award and BAFTA Awards for Best Animated Film.