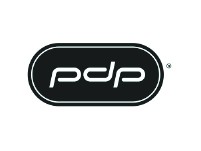 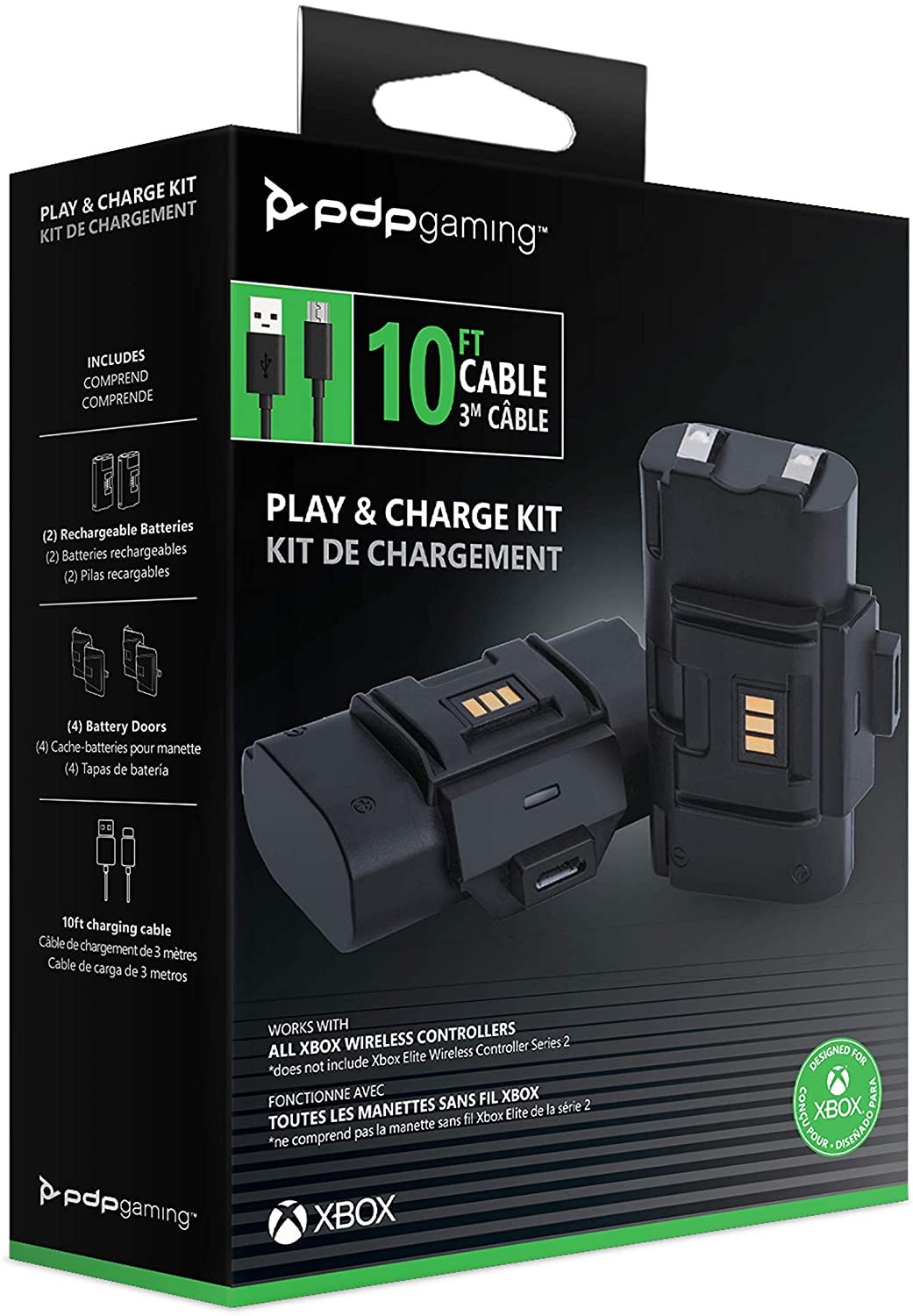 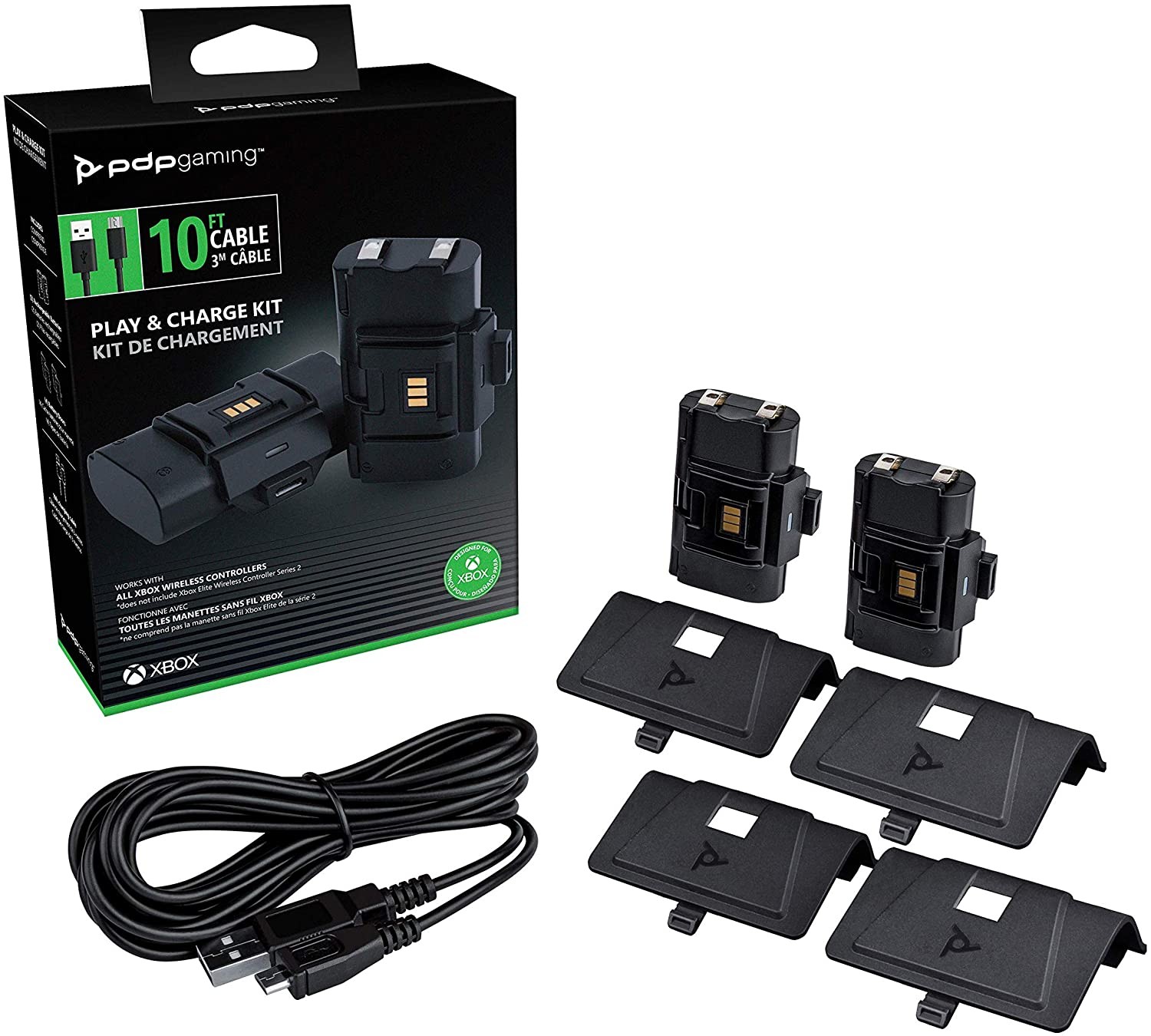 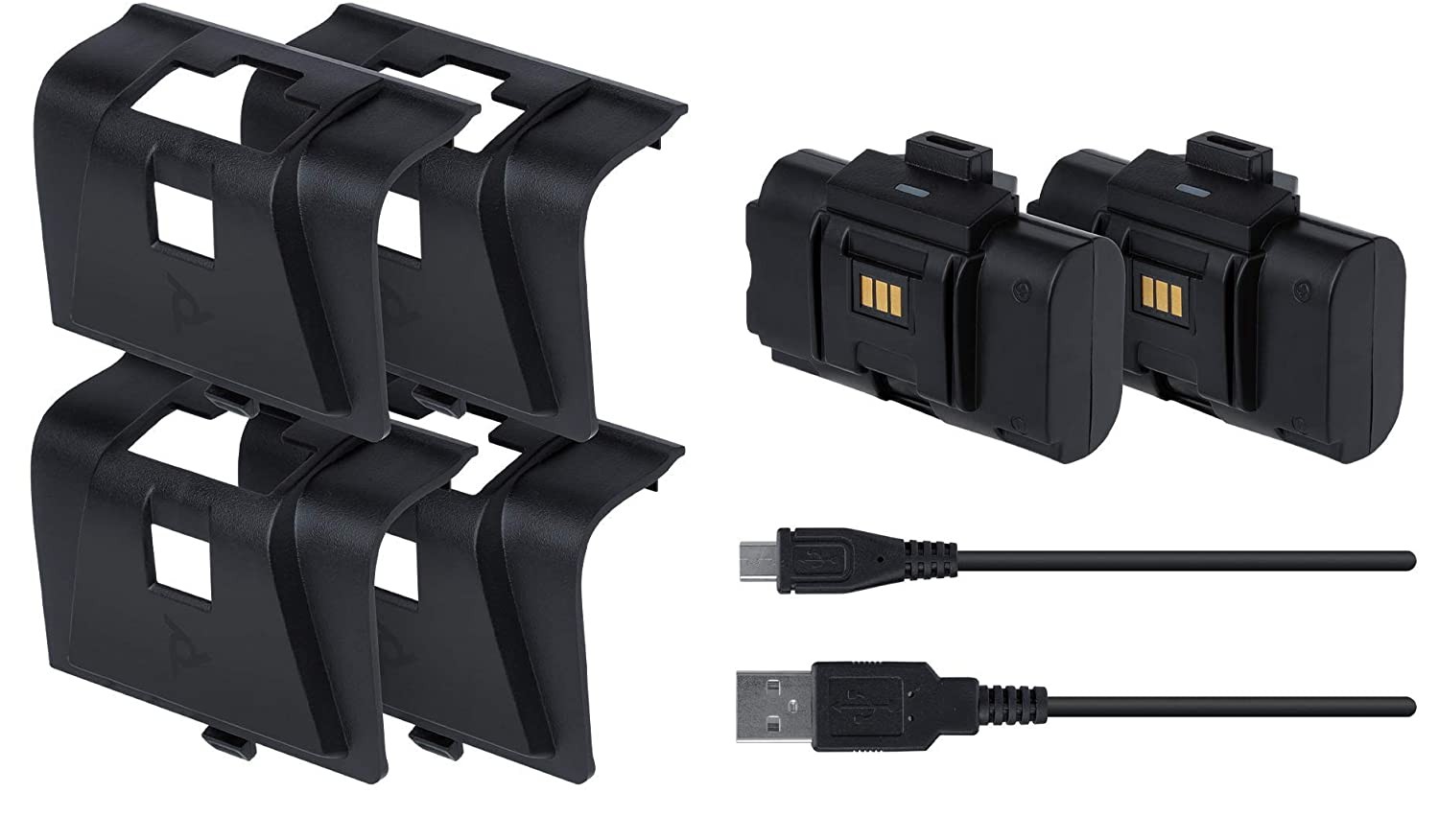 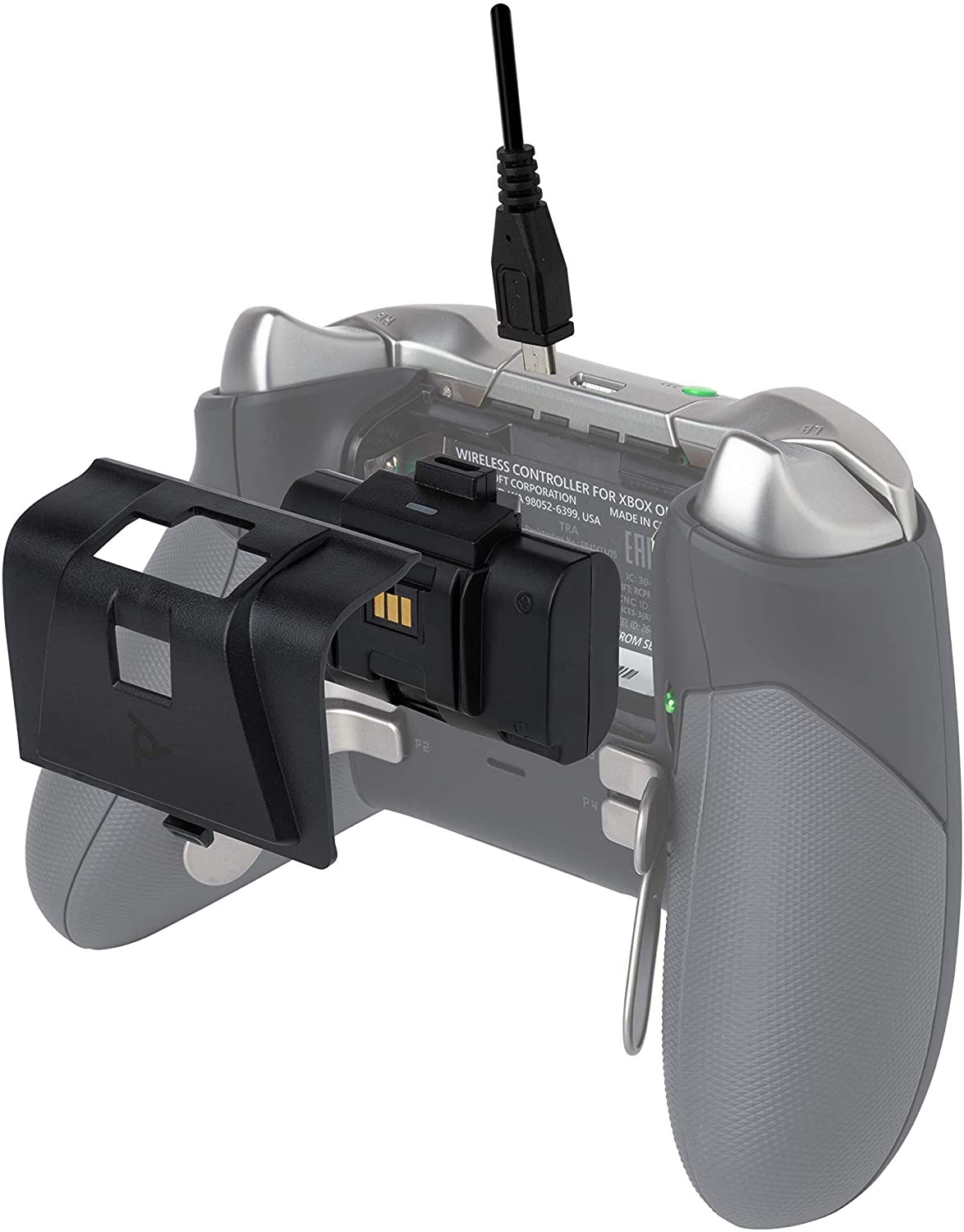 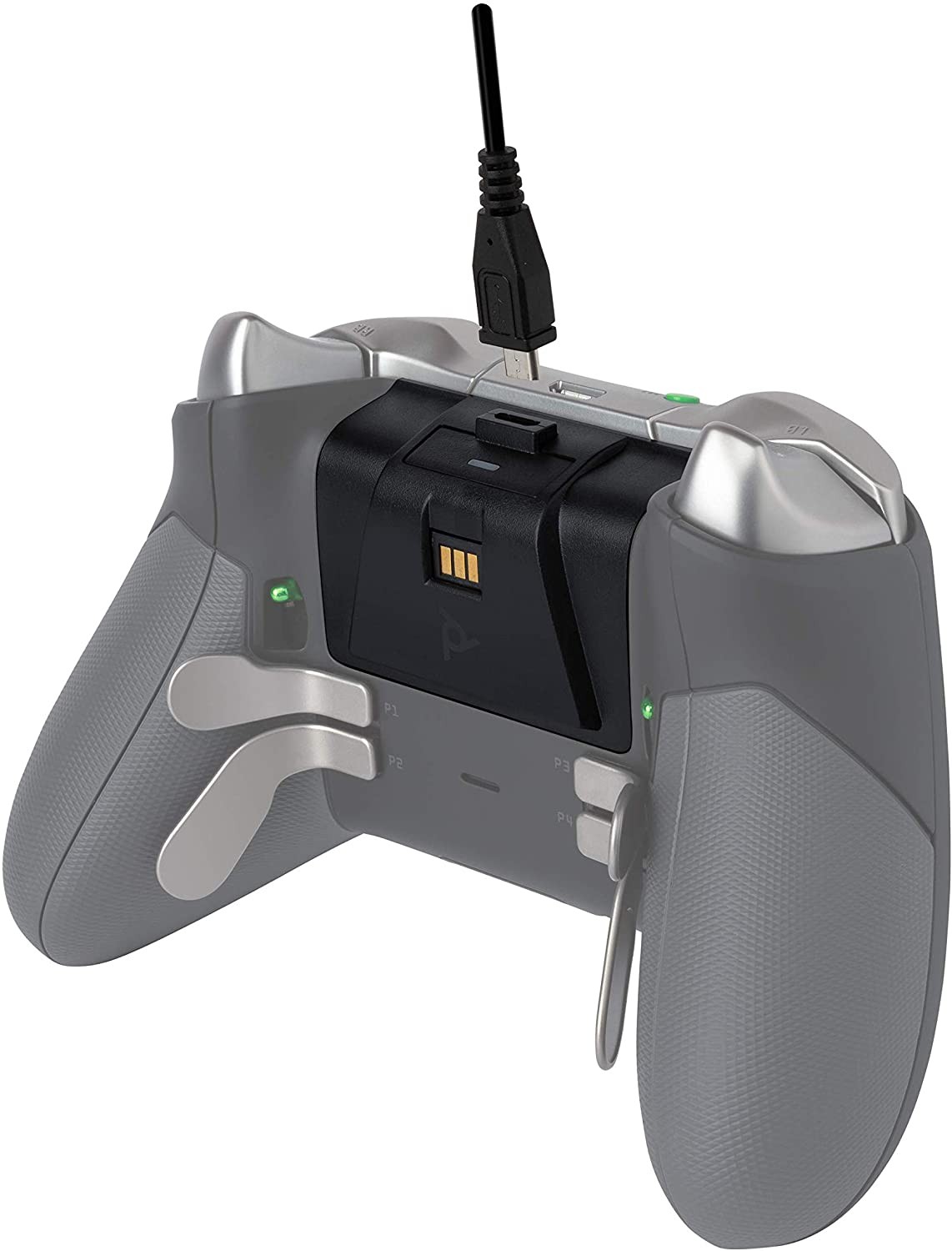 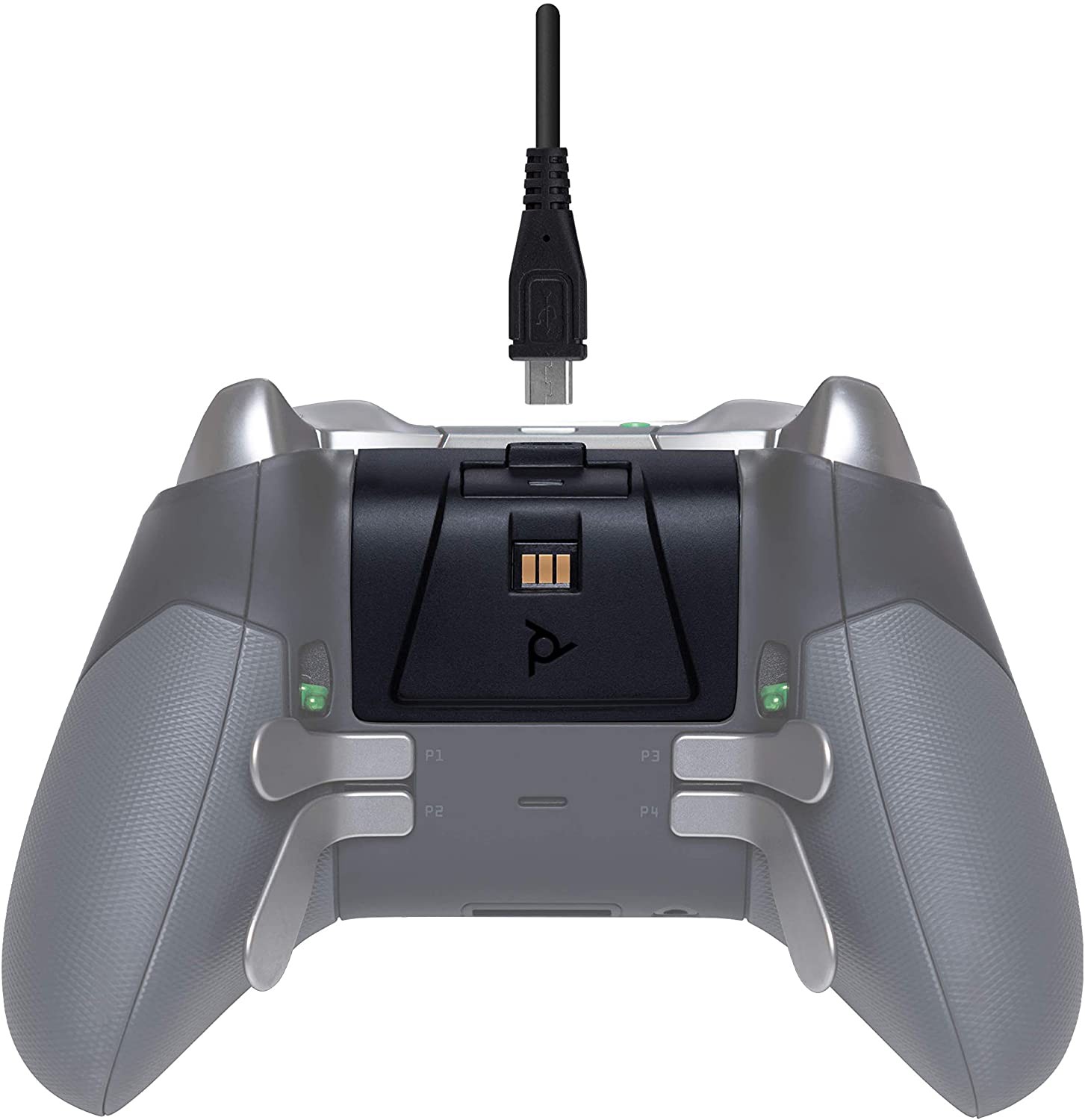 Take charge of your gaming with the PDP Gaming Play & Charge Kit for Xbox! Play while charging so you never have to miss a moment.

Never buy batteries again! The PDP Gaming Play & Charge Kit comes with two rechargeable batteries and four battery doors for an alternate power source for your Xbox wireless controllers. Use the included 10-foot cable to play and charge at the same time and enjoy 20 hours of gameplay on a single charge. The Play and Charge Kit is also cross-compatible with the PDP Gaming Ultra Slim Charge System (sold separately), so you can charge your controller multiple ways.

The LED indicators let you know the charge status by moving while charging and remaining static when fully charged. The PDP Gaming Play & Charge Kit works with all Xbox wireless controllers* and is officially licensed by Xbox.

Play and charge with the included 10-foot, lightweight cable

Works with Xbox Series X|S and Xbox One, and is cross-compatible with the PDP Gaming Ultra Slim Charge Systems (sold separately)