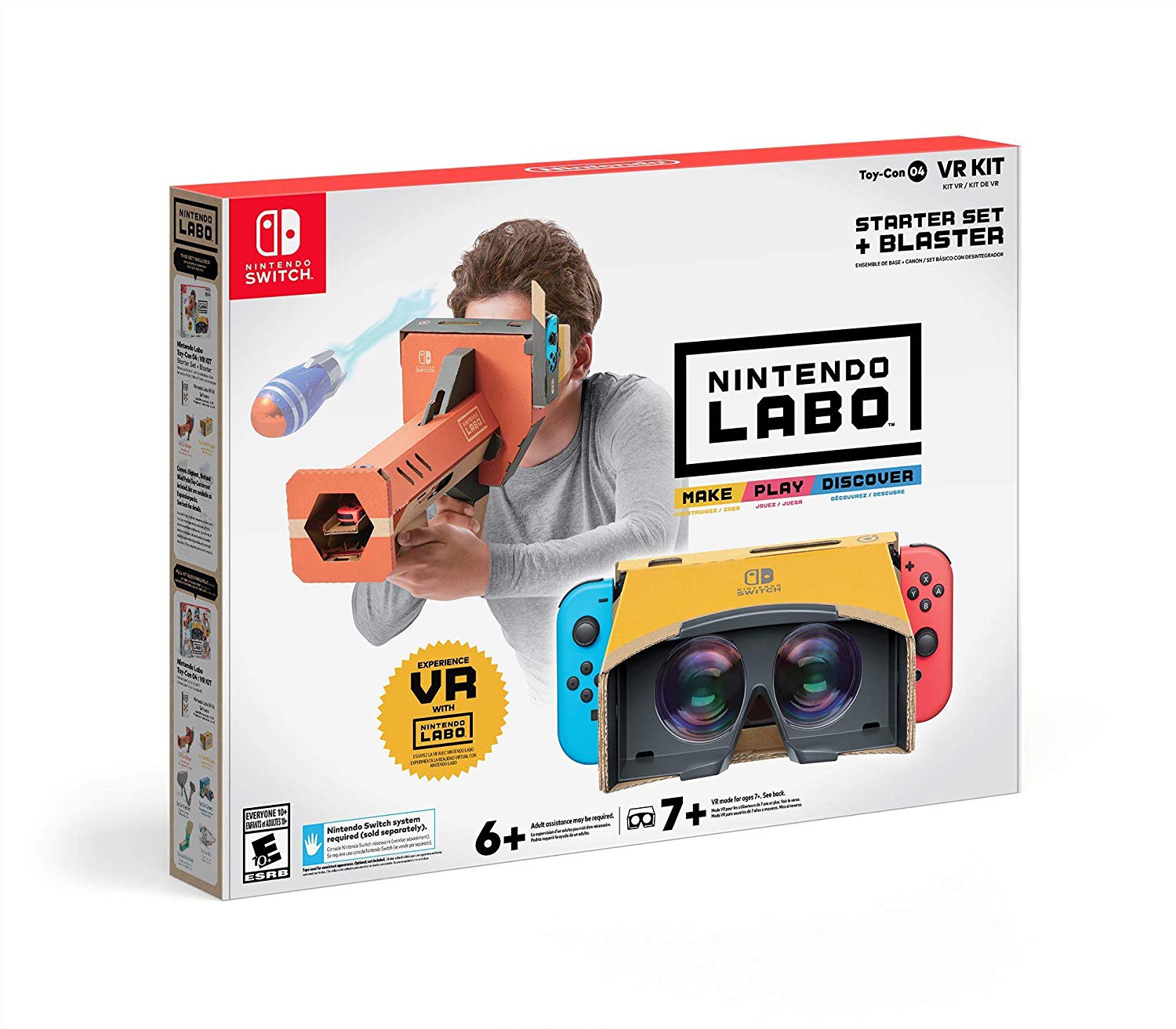 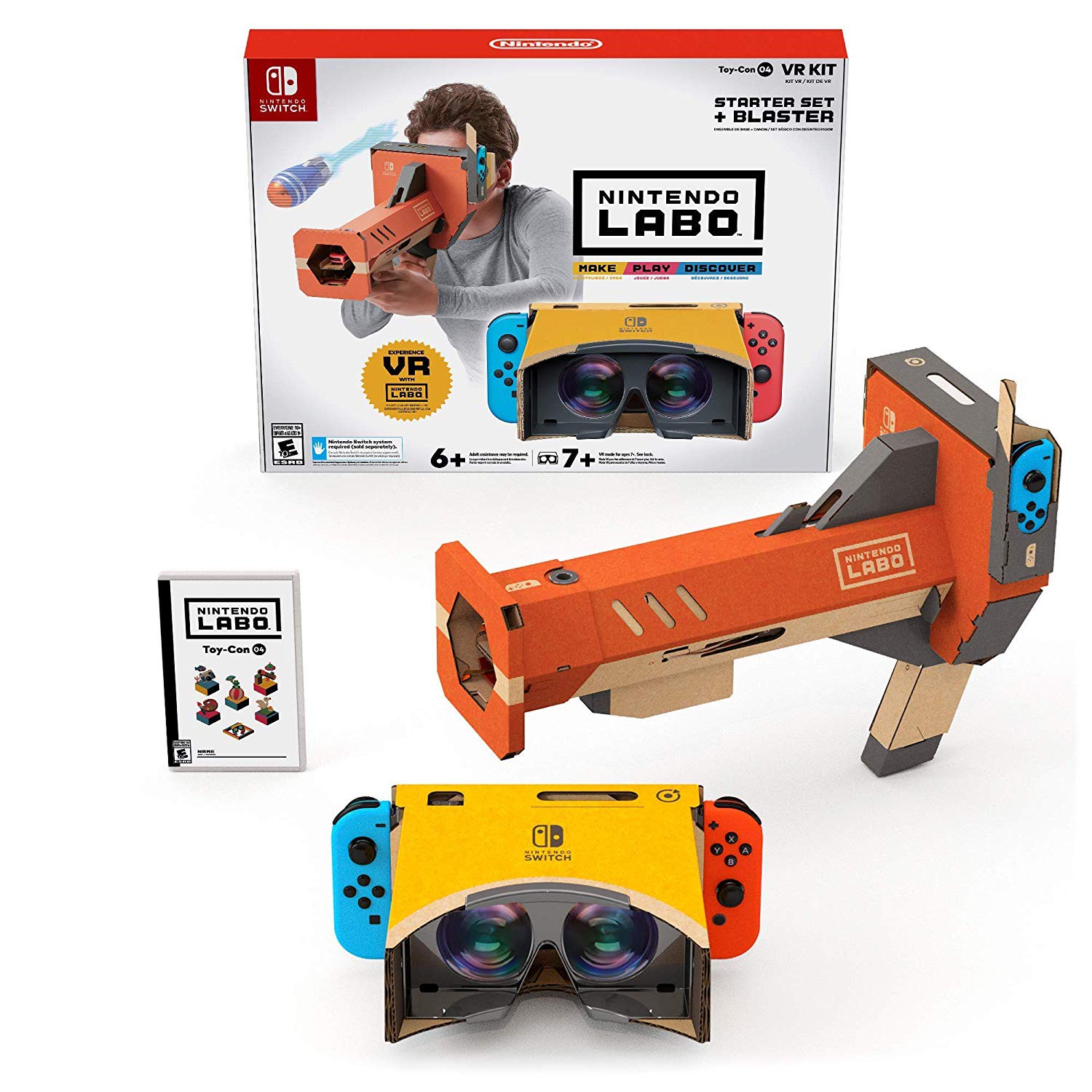 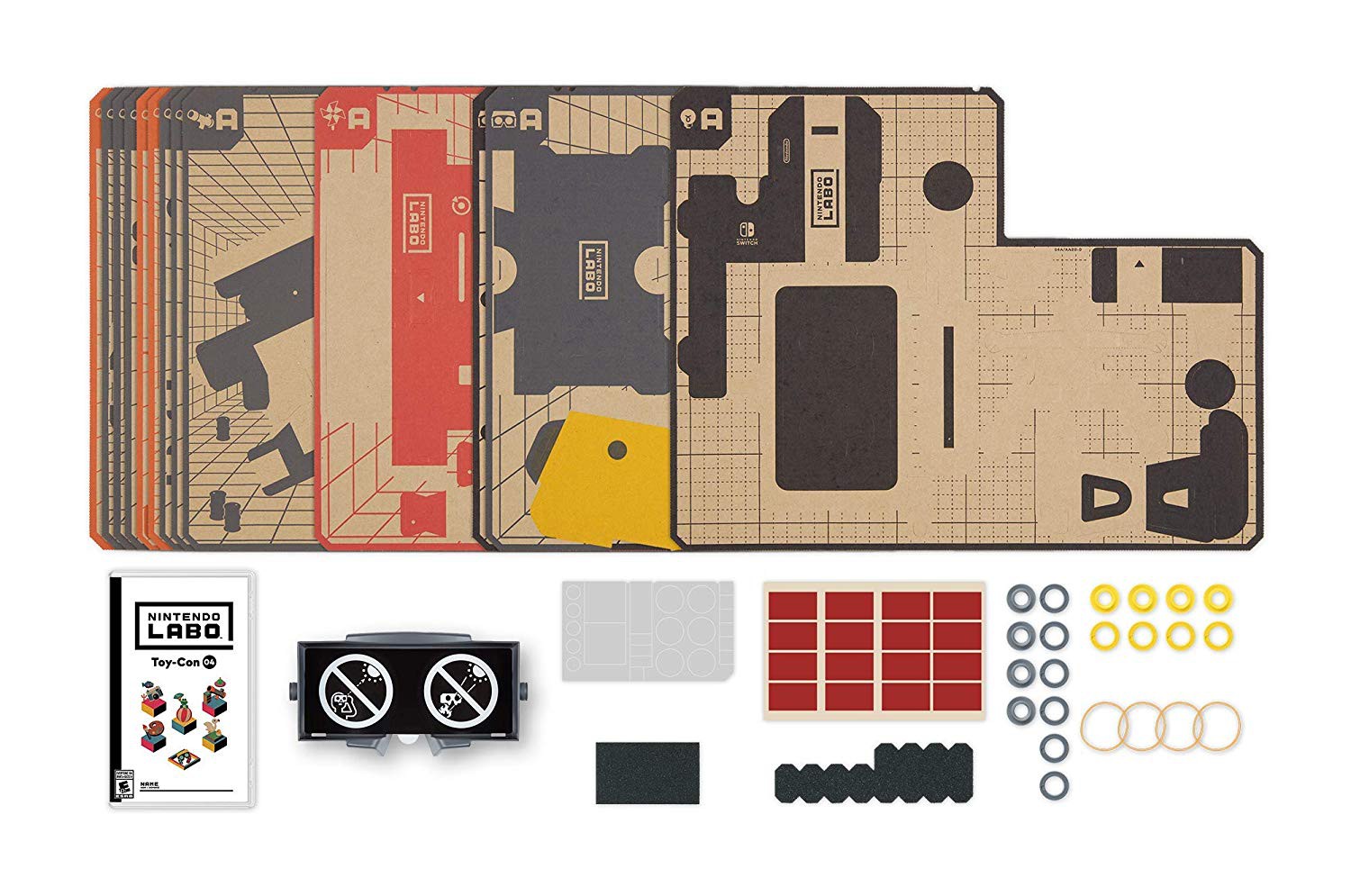 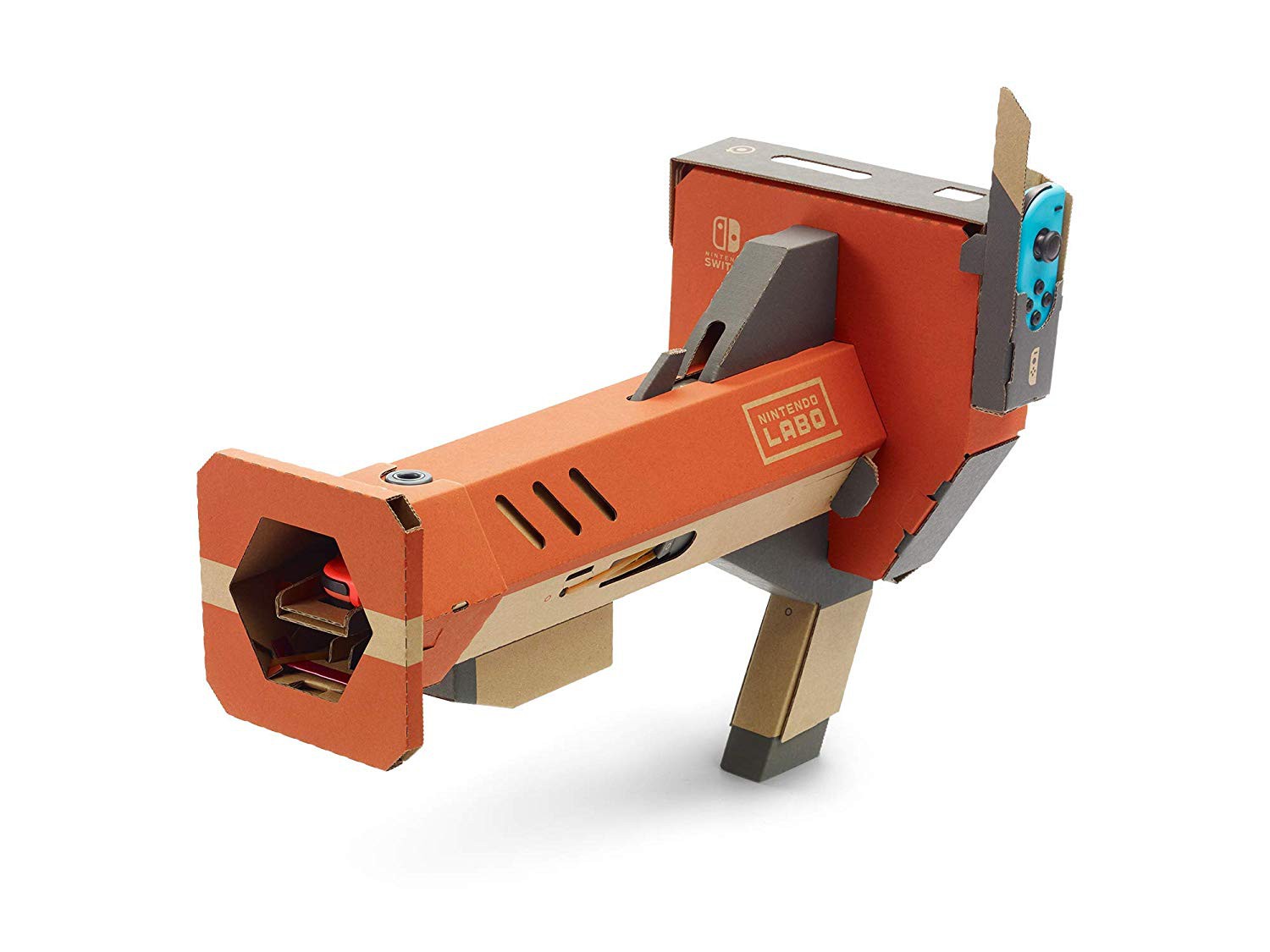 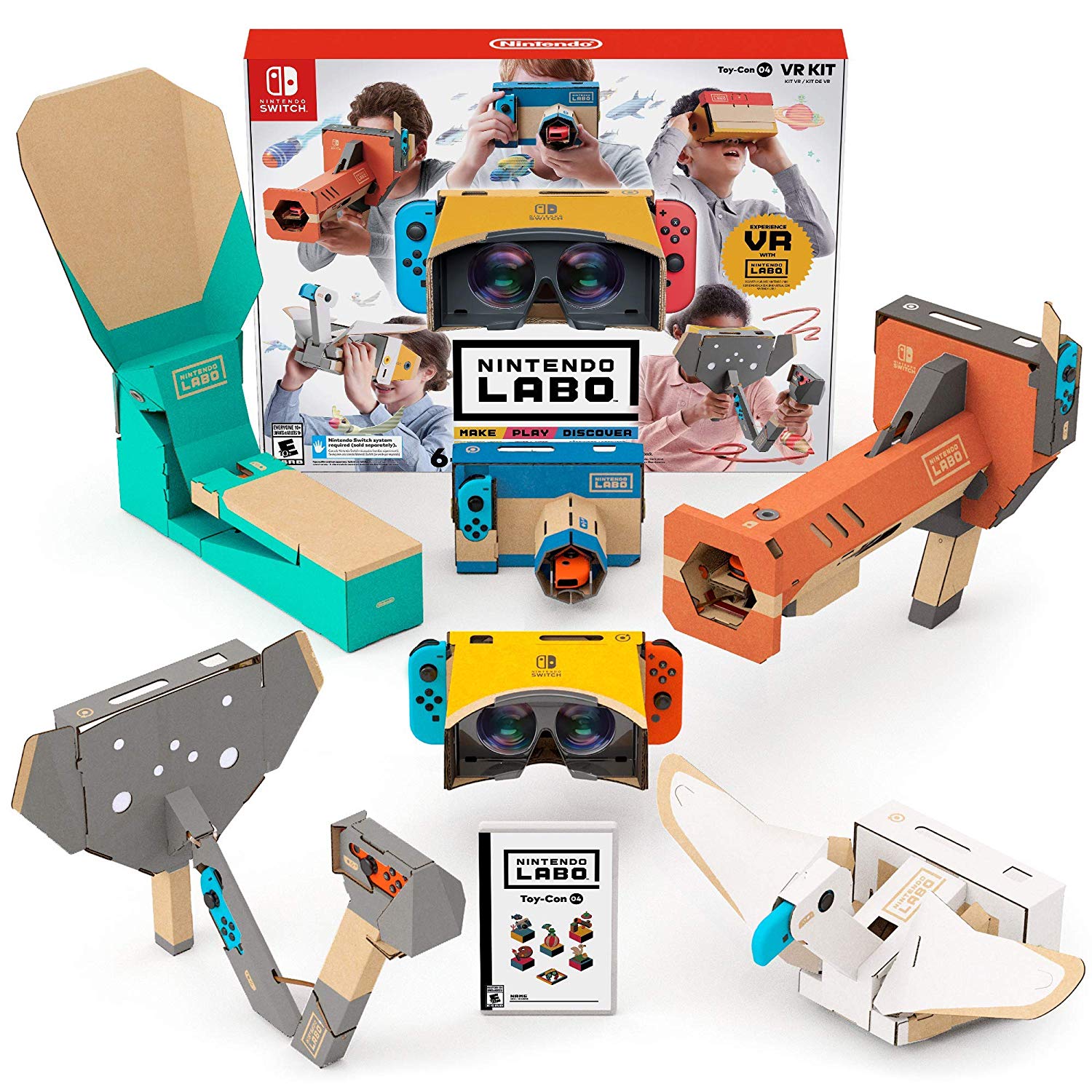 Enter the world of VR with this introductory set, which includes everything you need to build and play with Toy-Con VR Goggles and a Toy-Con Blaster.

Building on the history of Nintendo, which is rooted in innovative entertainment and gameplay experiences, Nintendo Labo continues the company’s mission of putting smiles on people’s faces. With each Nintendo Labo kit, inspired minds across all generations can transform modular sheets of cardboard – specially designed to interact with the Nintendo Switch console and Joy-Con controllers – into interactive creations called Toy-Con. From a piano to a motorbike, a robot and more, each Toy-Con comes to life when combined with the Nintendo Switch in different ways. As you make, you will have fun discovering how the technology works and even invent new ways to play with each Toy-Con.

Introducing the most immersive, robust Nintendo Labo kit to date—this one combines DIY fun, pass-and-play multiplayer, and family-friendly play with simple, shareable VR gaming. It even includes a programming tool you can use to create your very own VR games and experiences! Feel your creations come to life as you and your family blast through an alien invasion, create 3D works of art, dive into an oceanic photo safari, soar atop a bird, and go wherever else your imagination takes you.

Enjoy over 60 games and experiences designed by the Nintendo Labo developers. Want to learn how they were made? Open one up in Toy-Con Garage VR and take a look under the hood!In this new programming tool, you can make your own bite-sized VR games and experiences—either from scratch or by using one of the VR Plaza games as a starting point! 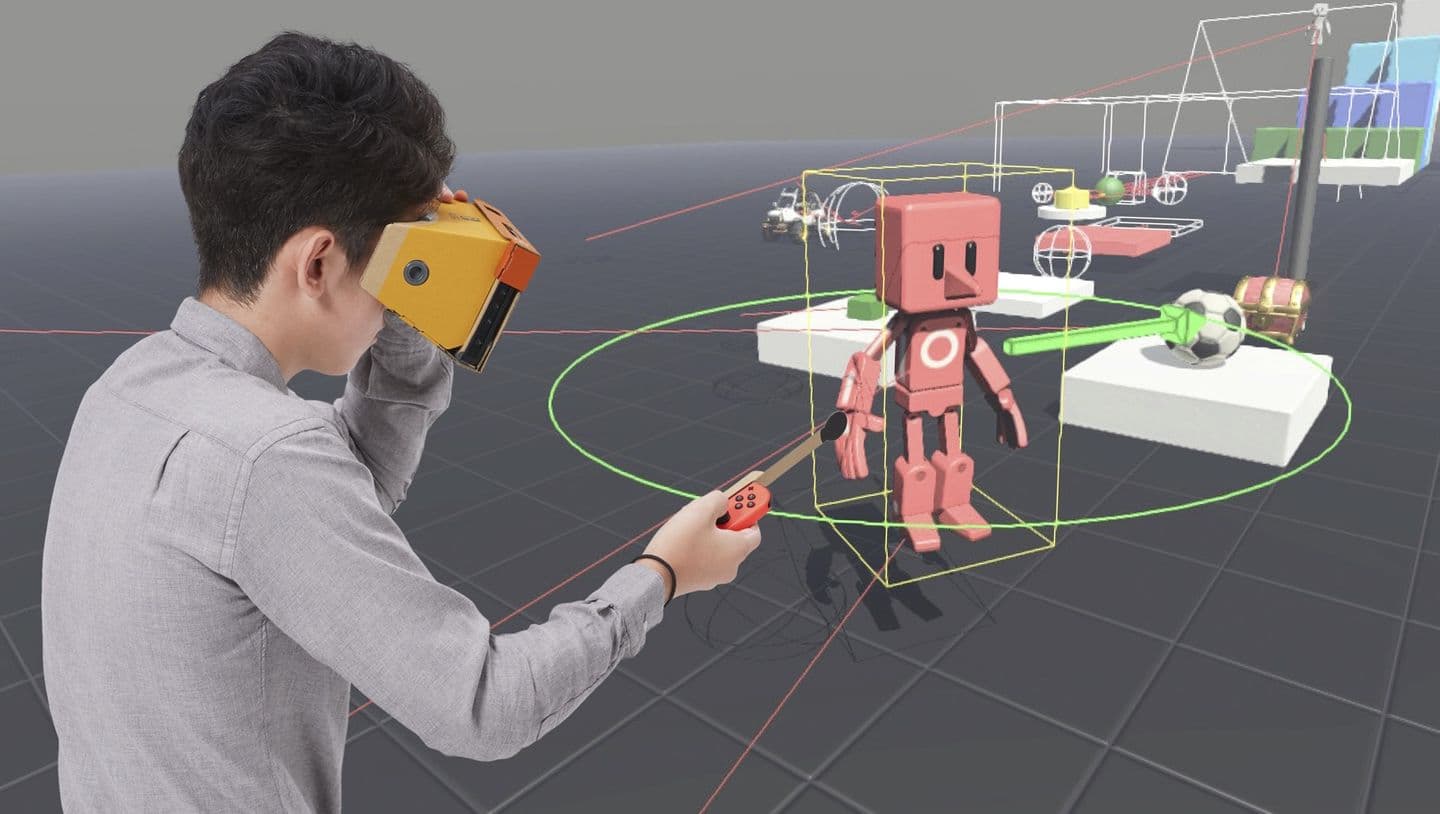 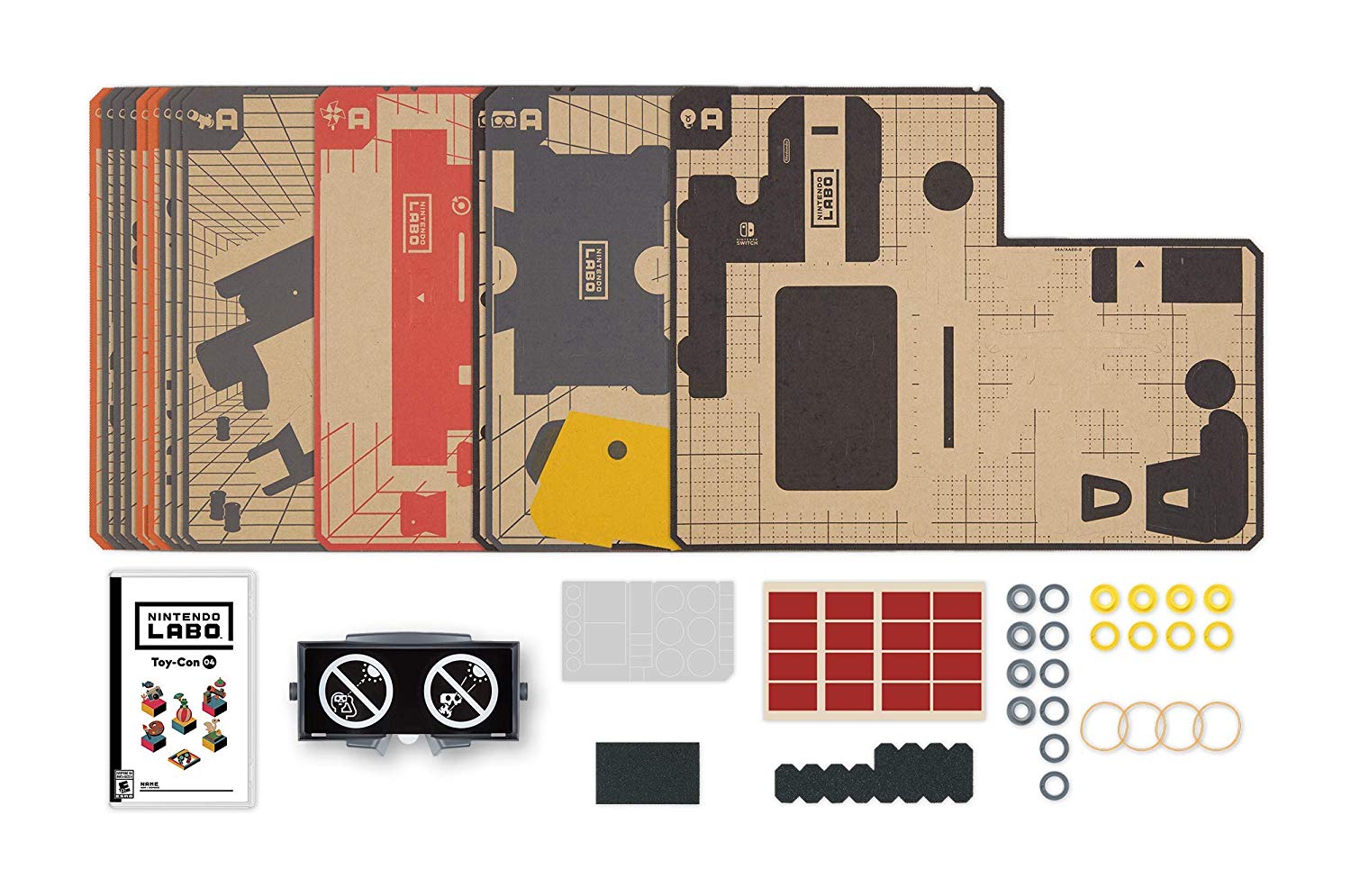