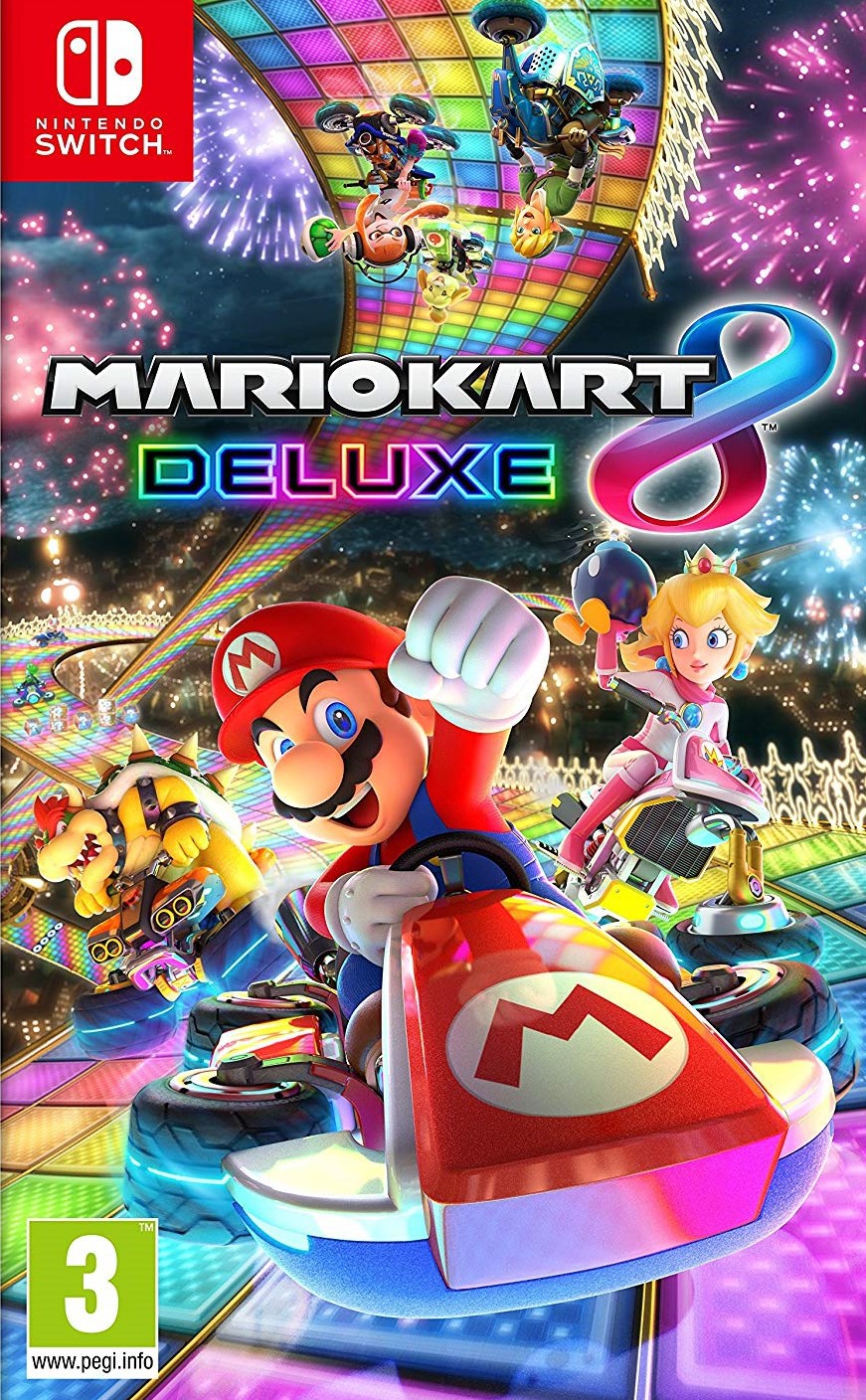 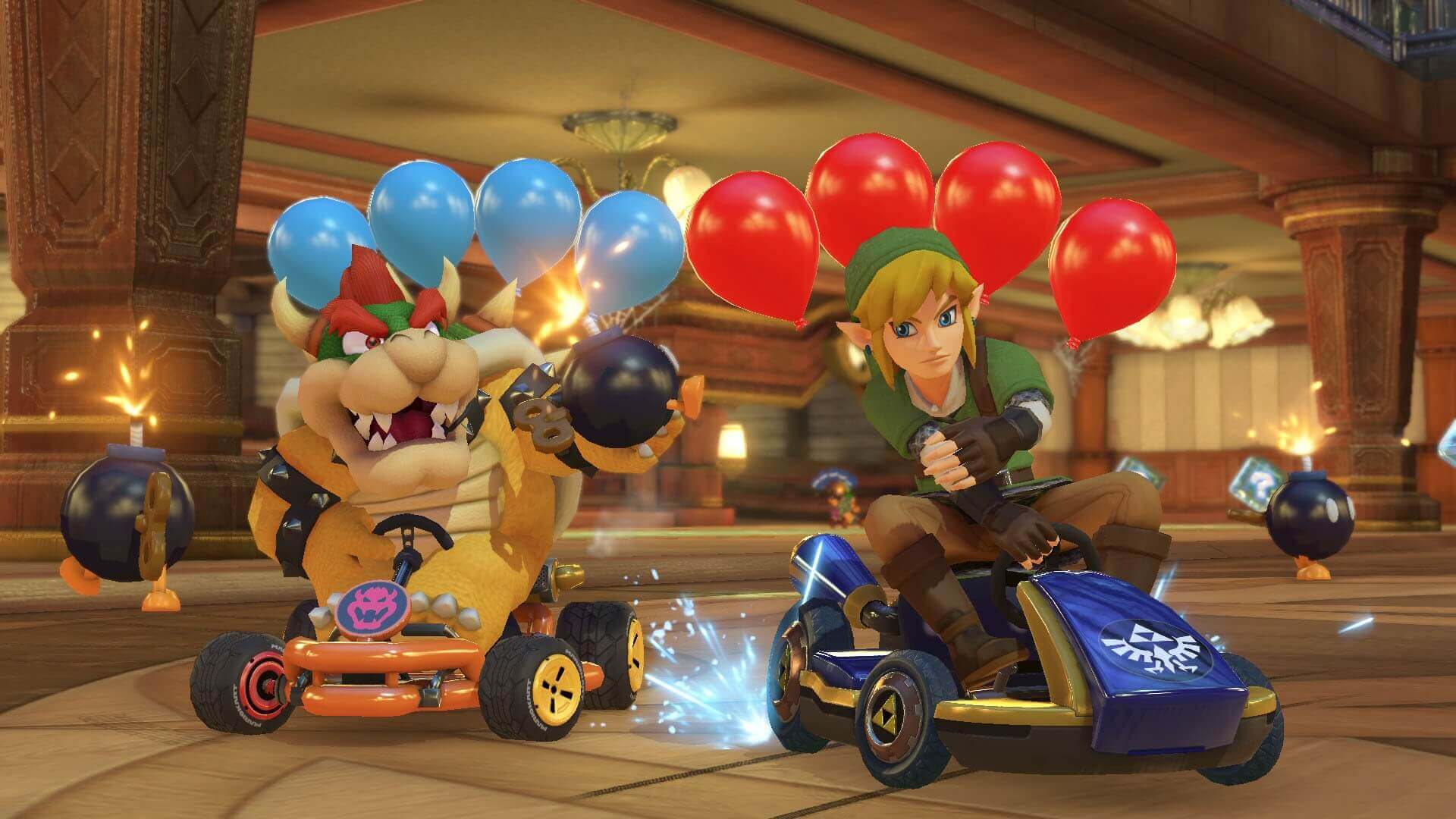 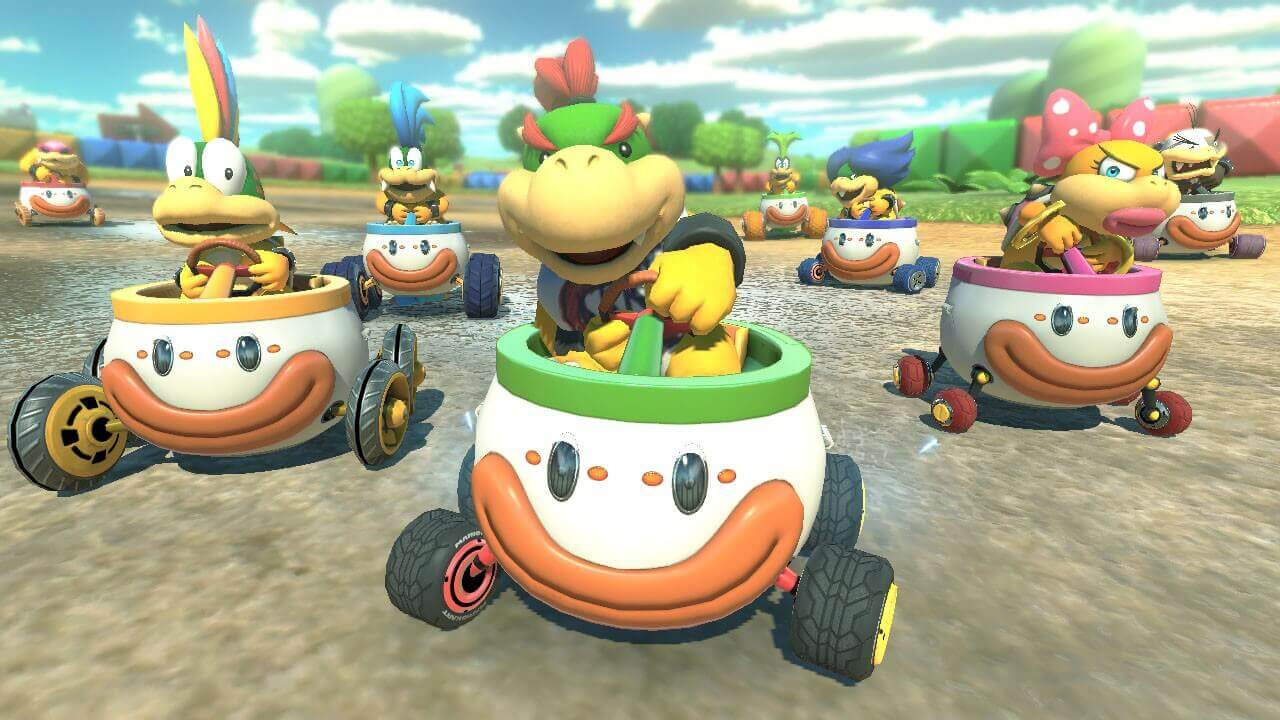 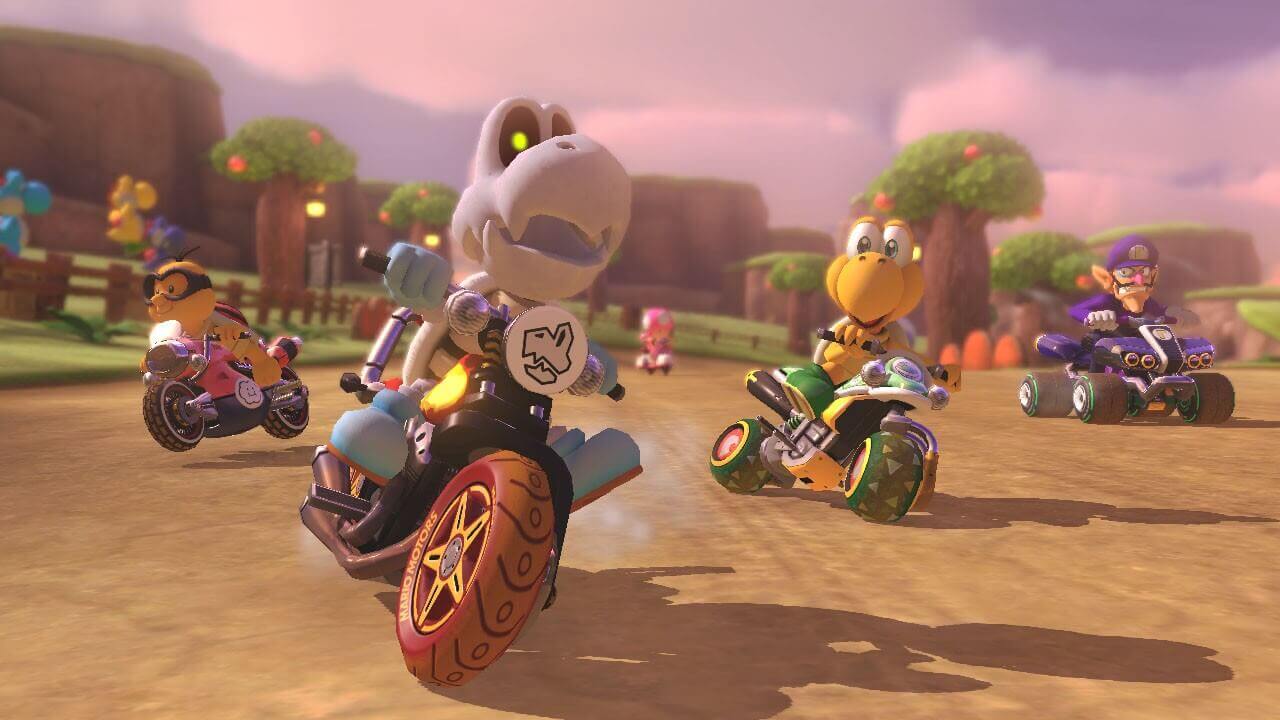 Enjoy the biggest Mario Kart yet and race anytime, anywhere, with anyone in Mario Kart 8 Deluxe, only on Nintendo Switch!

Play Mario Kart wherever you go!

Whether you’re racing your family on the big screen in your living room, playing in the park, or visiting a friend’s place, Nintendo Switch lets you play Mario Kart any way you like!

Up to eight players can connect for local multiplayer fun via Wireless Play. If you're playing in TV mode or tabletop mode, up to four players can enjoy split-screen multiplayer!*

You can also challenge racers from around the world! Up to 12 players can take part in online races**, and two local players can even play online together from the same Nintendo Switch.

It’s the biggest Mario Kart yet!

Mario, Luigi, Peach and other favourites from the Super Mario series are joined by new and returning drivers like King Boo, Dry Bones and Bowser. Jr. Even the Inklings from Splatoon are joining in the racing fun!

Once you’ve picked a racer, choose a vehicle and customise it with different tyres, chassis and gliders before taking them for a spin.

A record-breaking 48 courses to race on!

Race head-to-head on land, underwater, through the skies and even on walls and ceilings in a whopping 48 courses. All the tracks (and characters!) from Mario Kart 8 on Wii U return in Mario Kart 8 Deluxe, including previously-released downloadable courses inspired by The Legend of Zelda, Animal Crossing, Excitebike and more.

You can choose from five different speed classes, such as the expertly challenging 150cc Mirror Grand Prix and ultra-fast 200cc Grand Prix. New to Mario Kart? Activate Smart Steering to help you get to grips with the game and prevent you from going off course.

Turn the tables with items!

You can now carry up to two items at once, allowing for new strategies in both races and battles! As well as the mainstays like Bananas, Dash Mushrooms and the notorious Spiny Shell, there are two items returning from previous Mario Kart games – use Boo to turn invisible and maybe steal another player’s item, or jump to dodge incoming attacks with the Feather***.

Battle mode is bigger than ever!

There are loads of different ways to face off against rivals in the newly-revamped Battle mode. Cause chaos in classic Balloon Battle, Bob-omb Blast, Coin Runners and Shine Thief modes, or jump into all-new cops and robbers-style carnage in Renegade Roundup.