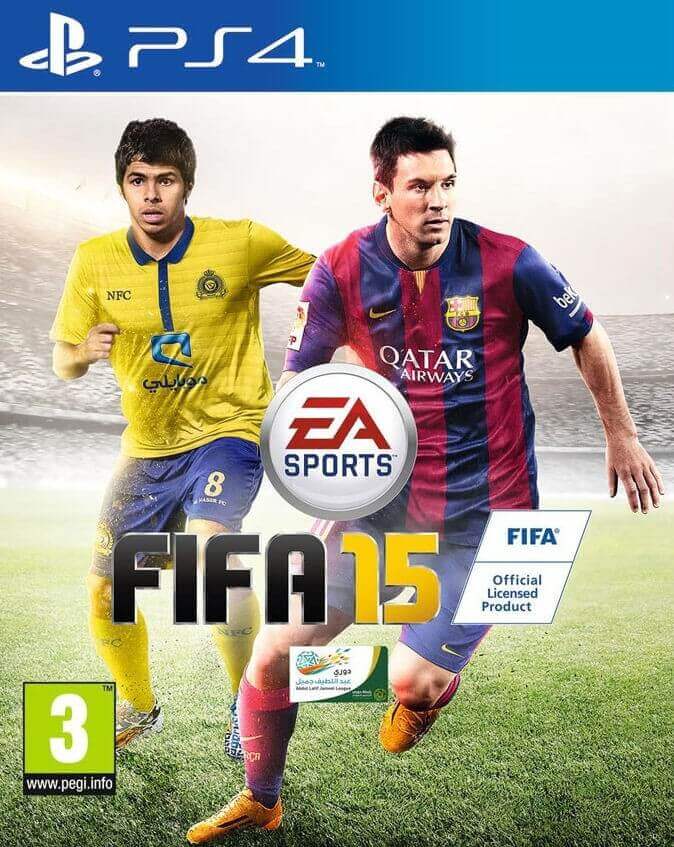 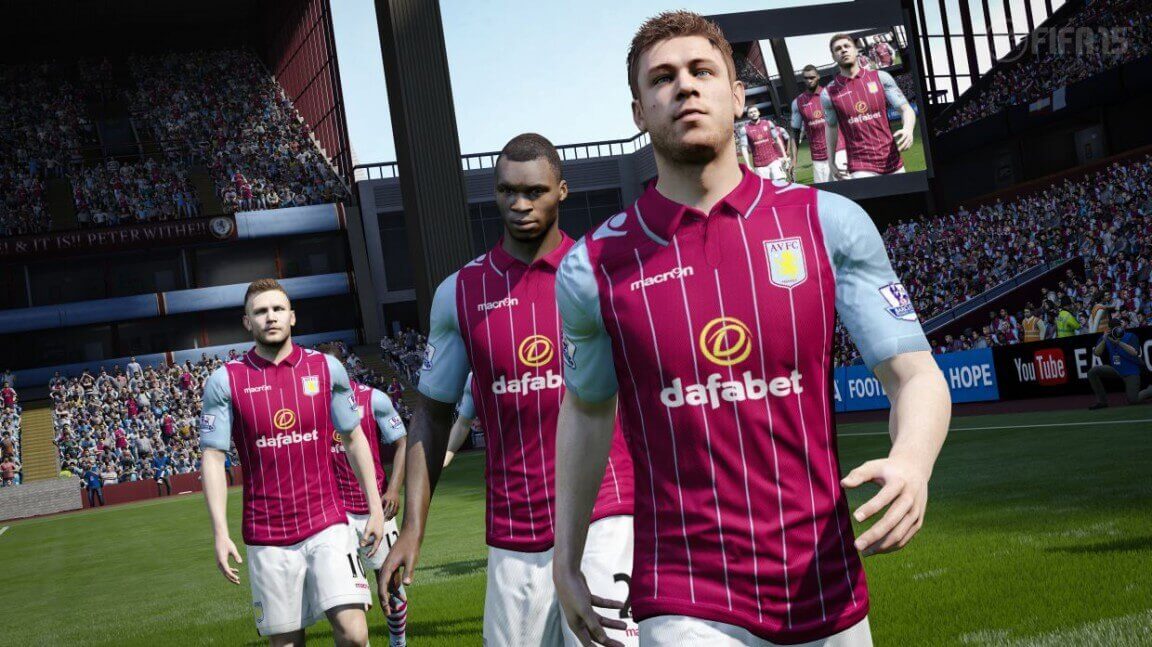 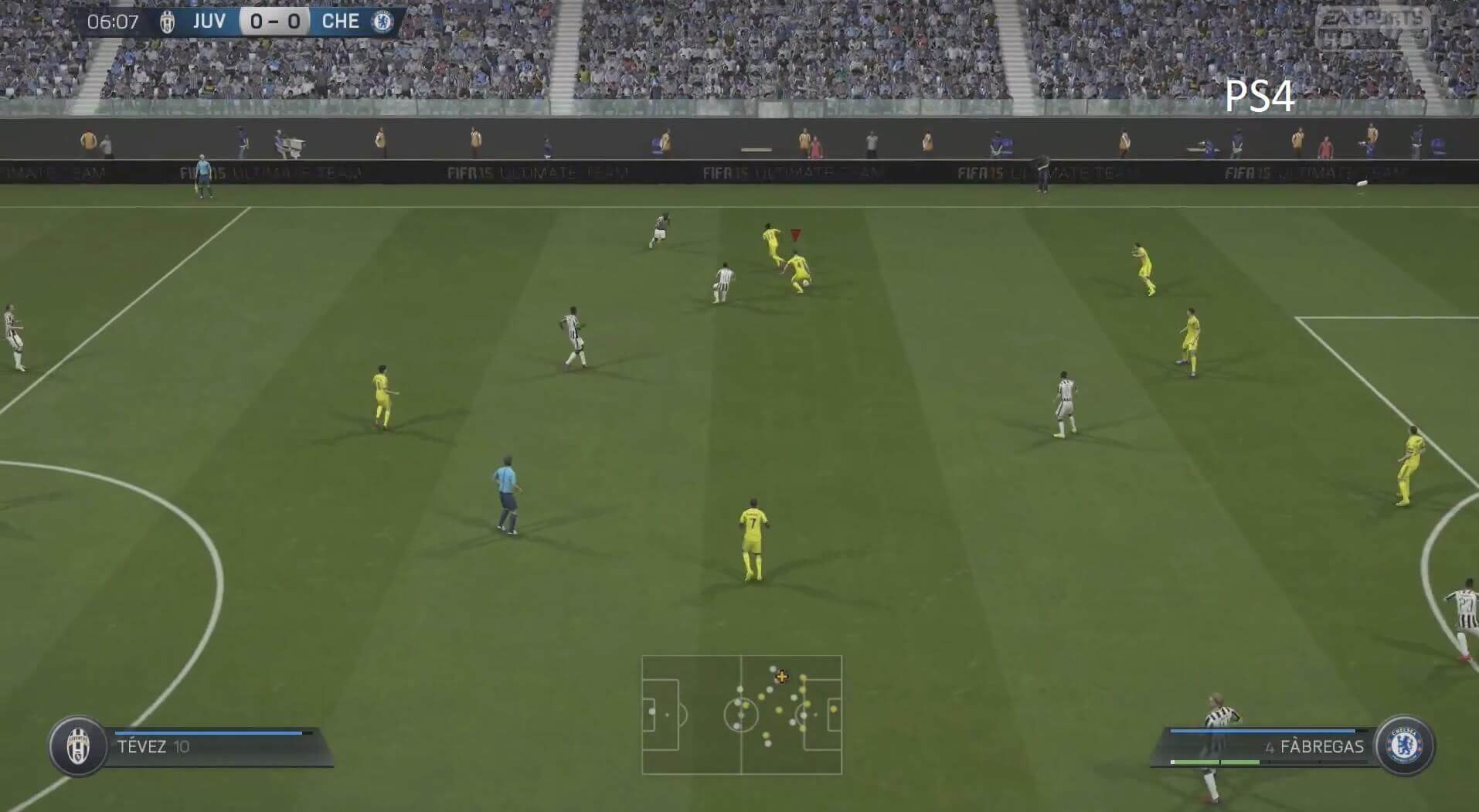 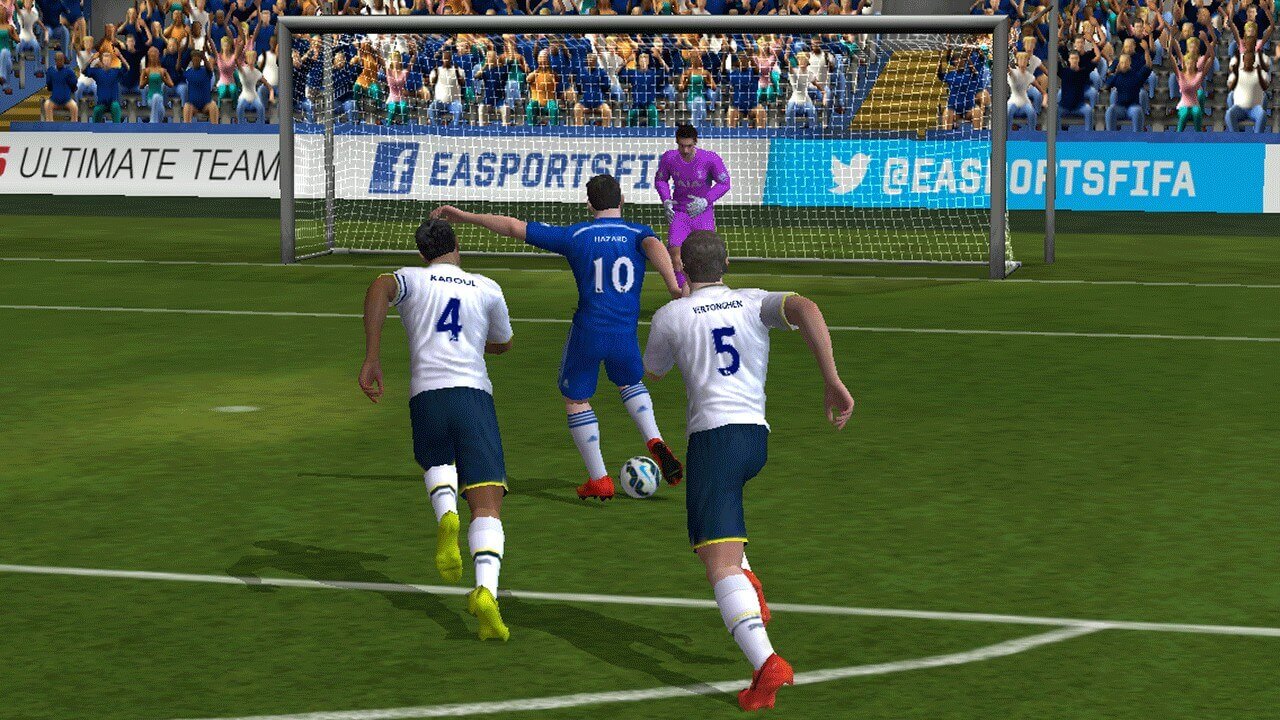 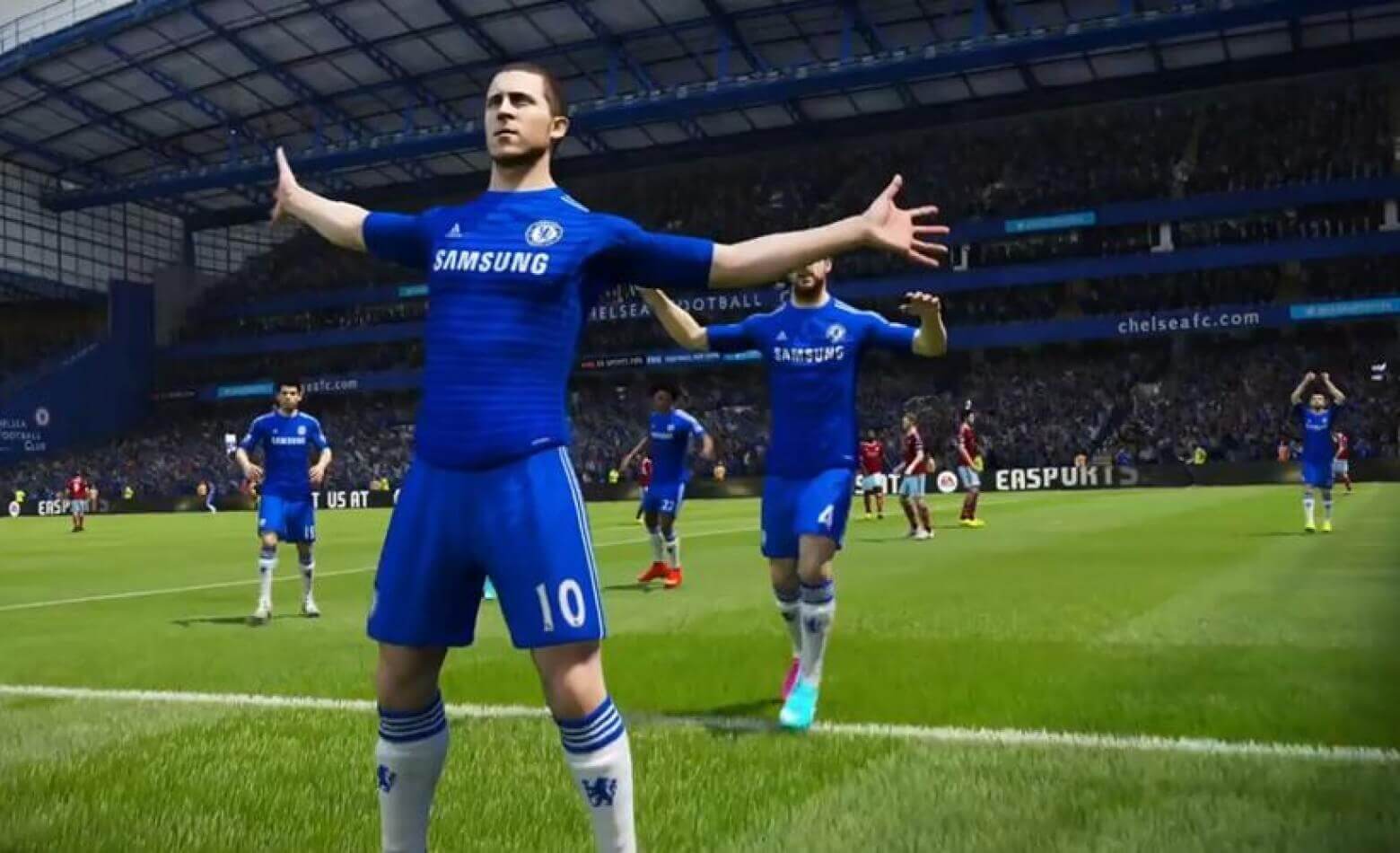 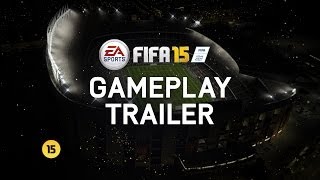 EA SPORTS™ FIFA 15 brings football to life in stunning detail so fans can experience the emotion of the sport like never before. Witness the intensity of crowds chanting and cheering like on match day, and listen to commentators guide fans through the story of the game with Dynamic Match Presentation. For the first time ever, all 22 players on the pitch are connected with Emotional Intelligence – now players will react to opponents and teammates within the context, and relative to the narrative of the match. Next Generation Visuals put fans on Living Pitches with grass that wears and tears as the match progresses. Authentic Player Visuals make players look lean, athletic, and true to their real-life appearance. Player Control heightens the responsiveness of player movement, gives athletes more control and personality on the ball, and makes Man-to-Man Battles more rewarding than ever before. Football is the greatest drama on earth and FIFA 15 puts fans center stage, allowing them to feel the emotion and intensity of the world’s greatest sport.

Emotional Intelligence — For the first time ever, FIFA 15 models the emotions of all 22 players on the pitch, giving fans a chance to experience first-hand the attitudes and personalities of the world’s best football players during a match. Players now recognize situations that trigger an emotional response and react naturally based on the game context. For example, a player that is being repeatedly fouled by an opponent could confront that opponent depending on the severity of the challenge and context of the competition. Players will respond authentically with new reactions to decisions, bad tackles, missed chances, goals, and other pivotal moments throughout the game. There are over 600 potential emotional reactions that could play out over the course of a game.

Dynamic Match Presentation — Match Day will feel more dynamic and alive than ever before – immersing you in the match action and never taking you out of the moment. With region specific behaviors, crowds will now be distinguished by cheers and chants designated to their club, league, country, or continent. Fans at Anfield in Liverpool feel and act differently than the fans at La Bombonera in Buenos Aires. Commentators will mention specific fan behavior triggered by unique fan moments like the Poznan or club songs. New Bench Reactions, 10 Player Goal Celebrations, ball boy animations, and contextual commentary will keep FIFA 15 fans engaged in the story of the match.

Team Tactics — Teams will now have contextual awareness of the game and will dynamically adjust their tactics according to the situation. For example, your opponent could be leading by a goal in the 88th minute and decide to hold the ball in the corner in an attempt to run down the clock. The end result is a more humanlike opponent that takes more risks when trailing, and potentially a more conservative approach when leading.