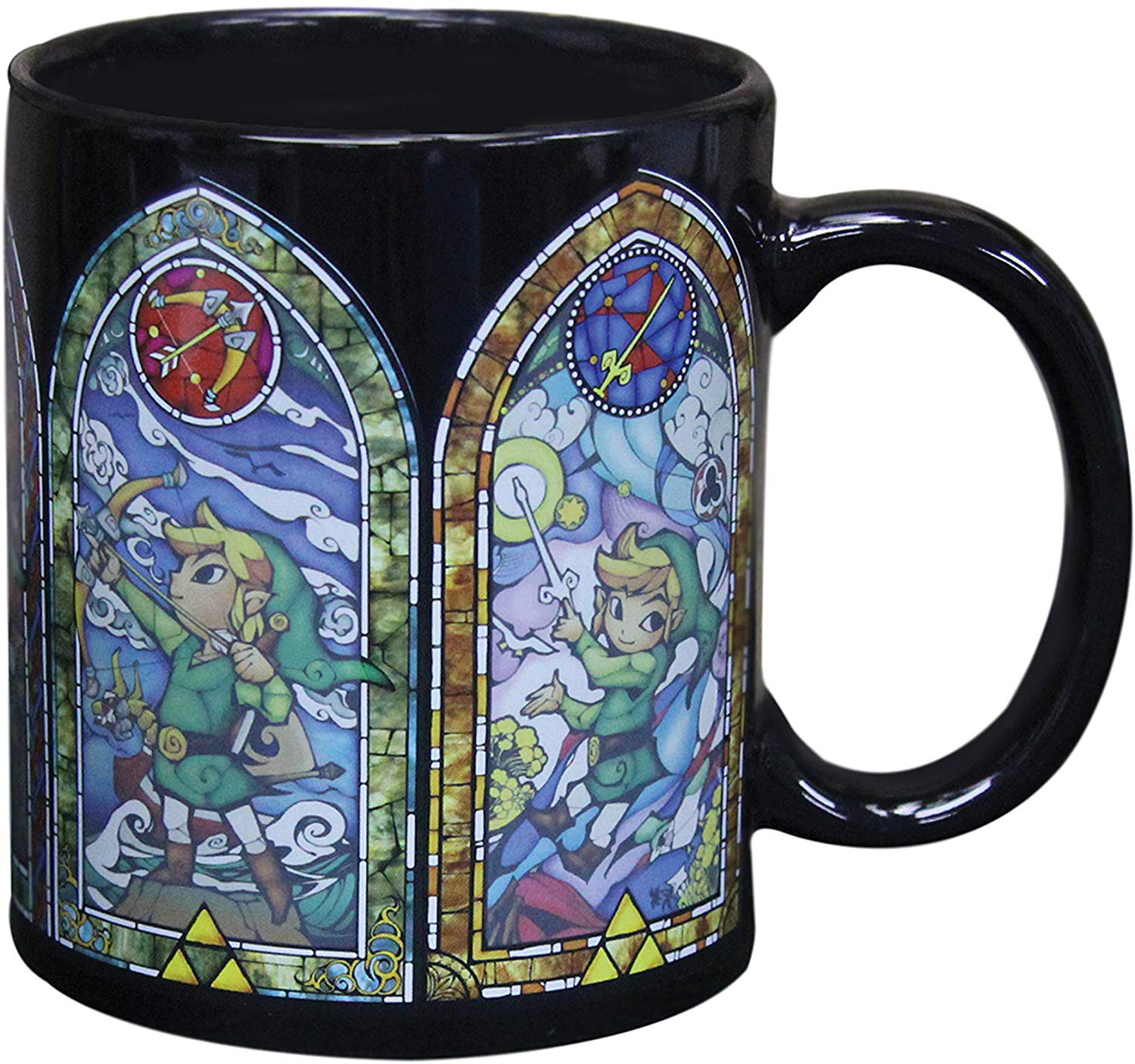 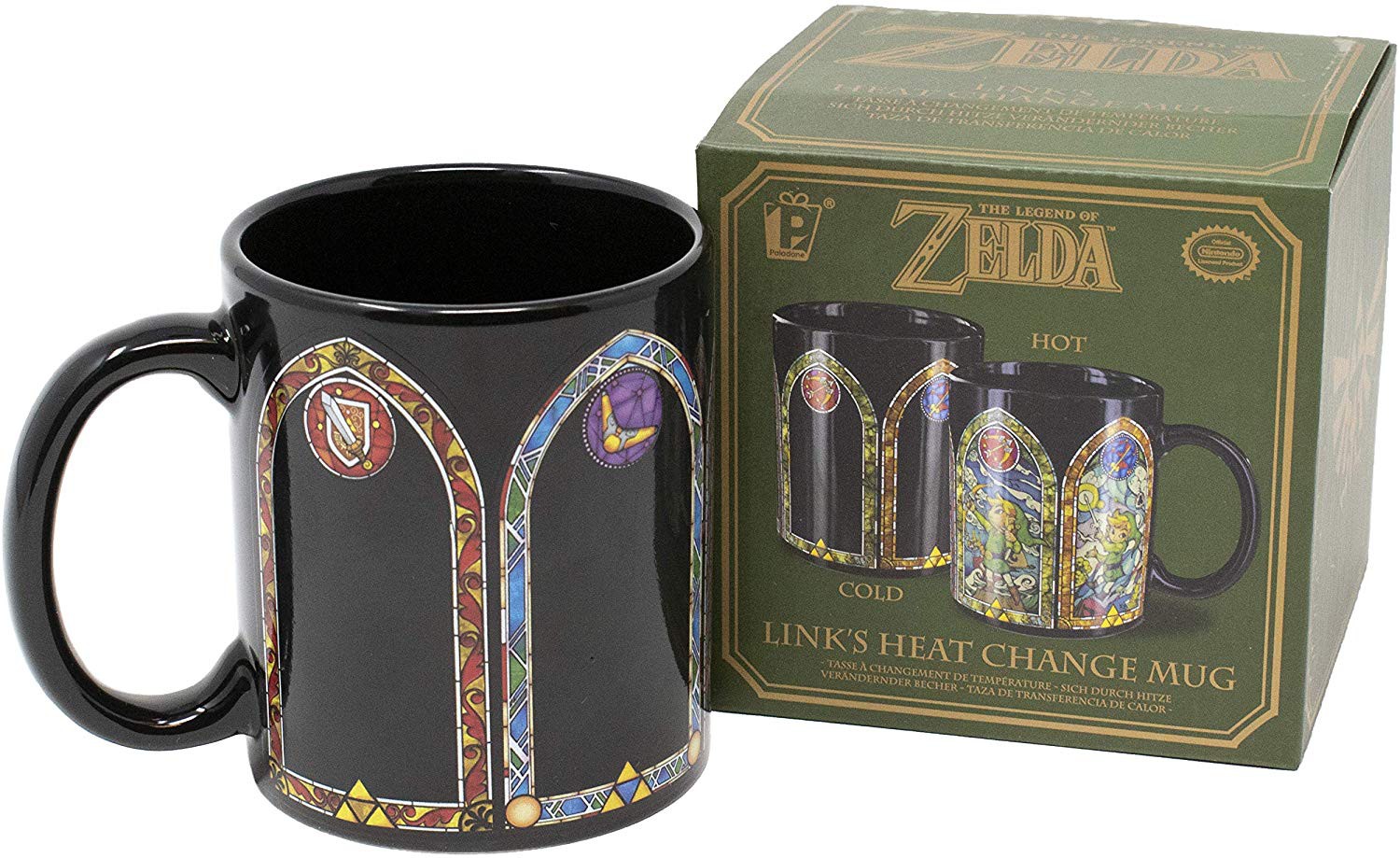 Stay refreshed while embarking on your latest adventure with this iconic heat change mug inspired by legendary lead character Link. Links Heat Change Mug is a brilliantly designed drinking mug featuring a decal of artwork from the classic Wind Waker game. With stained glass window style frames around the mug, add a hot drink to see the full image magically appear. A standard sized mug, Links Heat Change Mug is a great gift for gamers or fans of The Legend of Zelda series, and is the perfect piece of gaming memorabilia. First released in 1986, The Legend of Zelda has become a hugely successful and highly influential franchise within the games industry, spawning numerous sequels, prequels and spin-offs, including Ocarina of Time, The Wind Waker, and Tri Force Heroes. The fantasy adventure has even included various cartoons and comic books, meaning the characters of Link, Princess Zelda, and Ganondorf have become household names to fans, and are some of the most popular video games characters of all time. Largely set in the realm of Hyrule, the adventure predominately centers around Link, and his efforts to capture the Triforce and save Princess Zelda. Links Heat Change Mug is an officially licensed Legend of Zelda product.