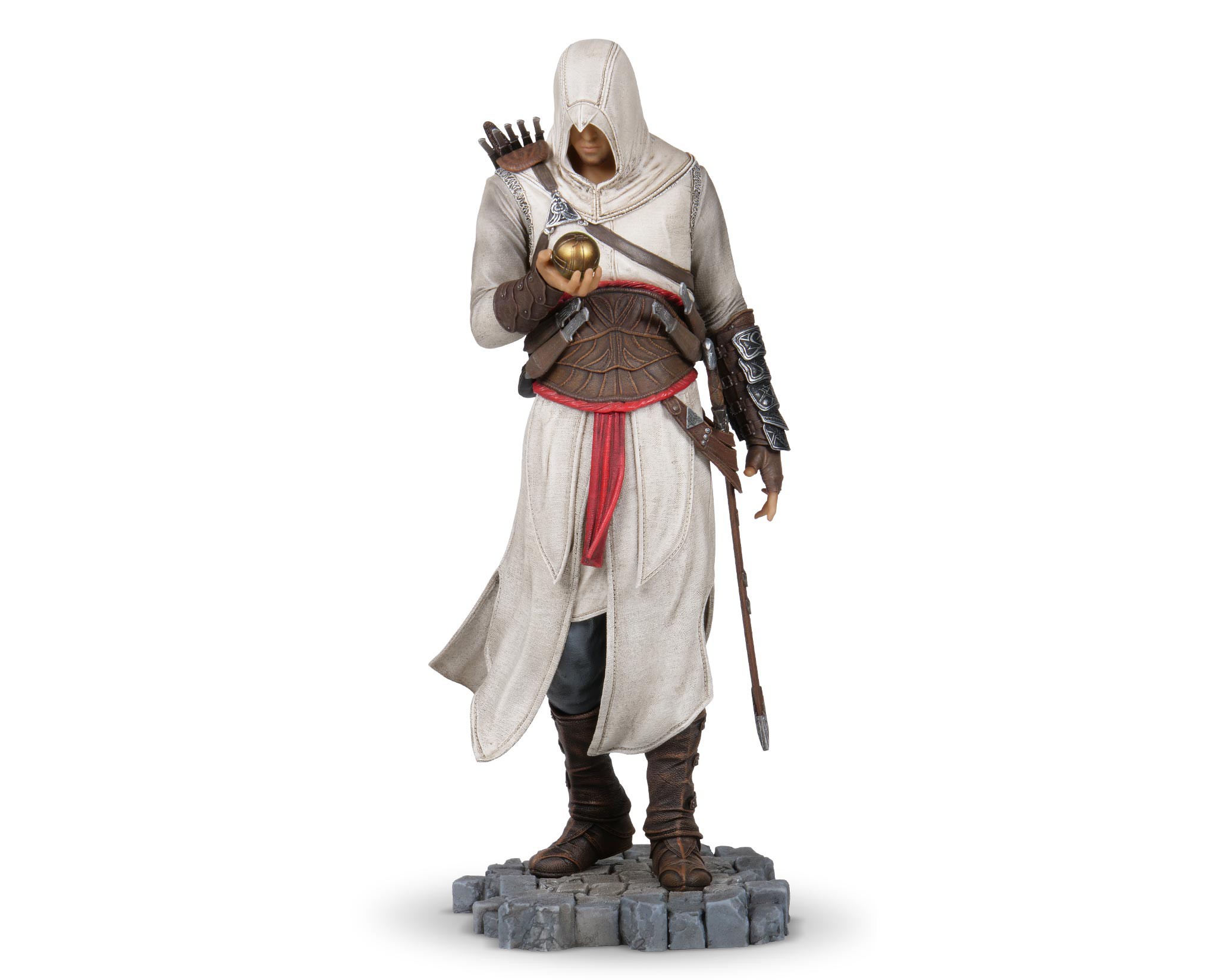 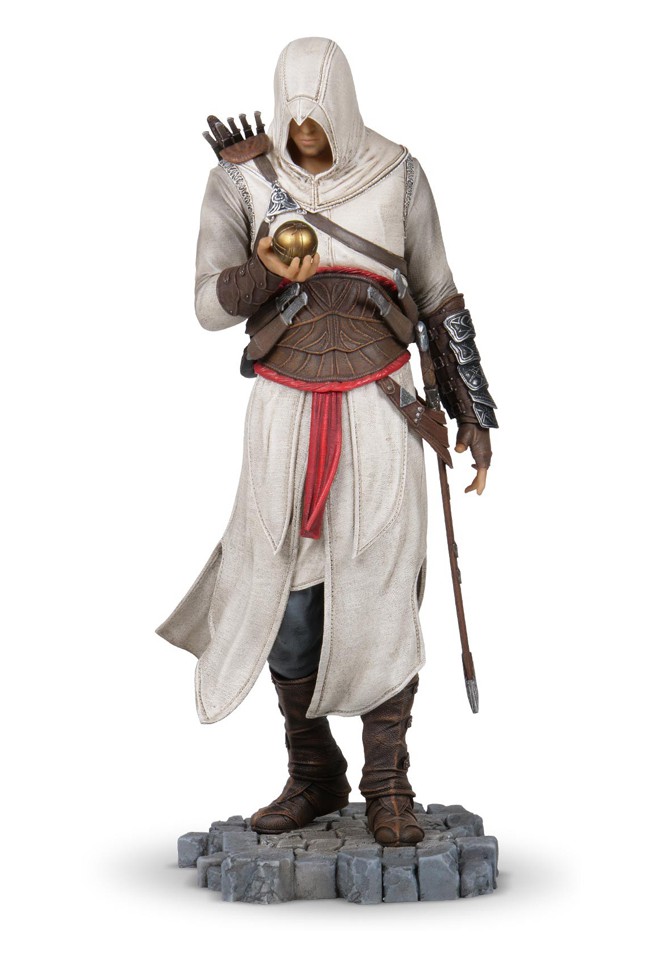 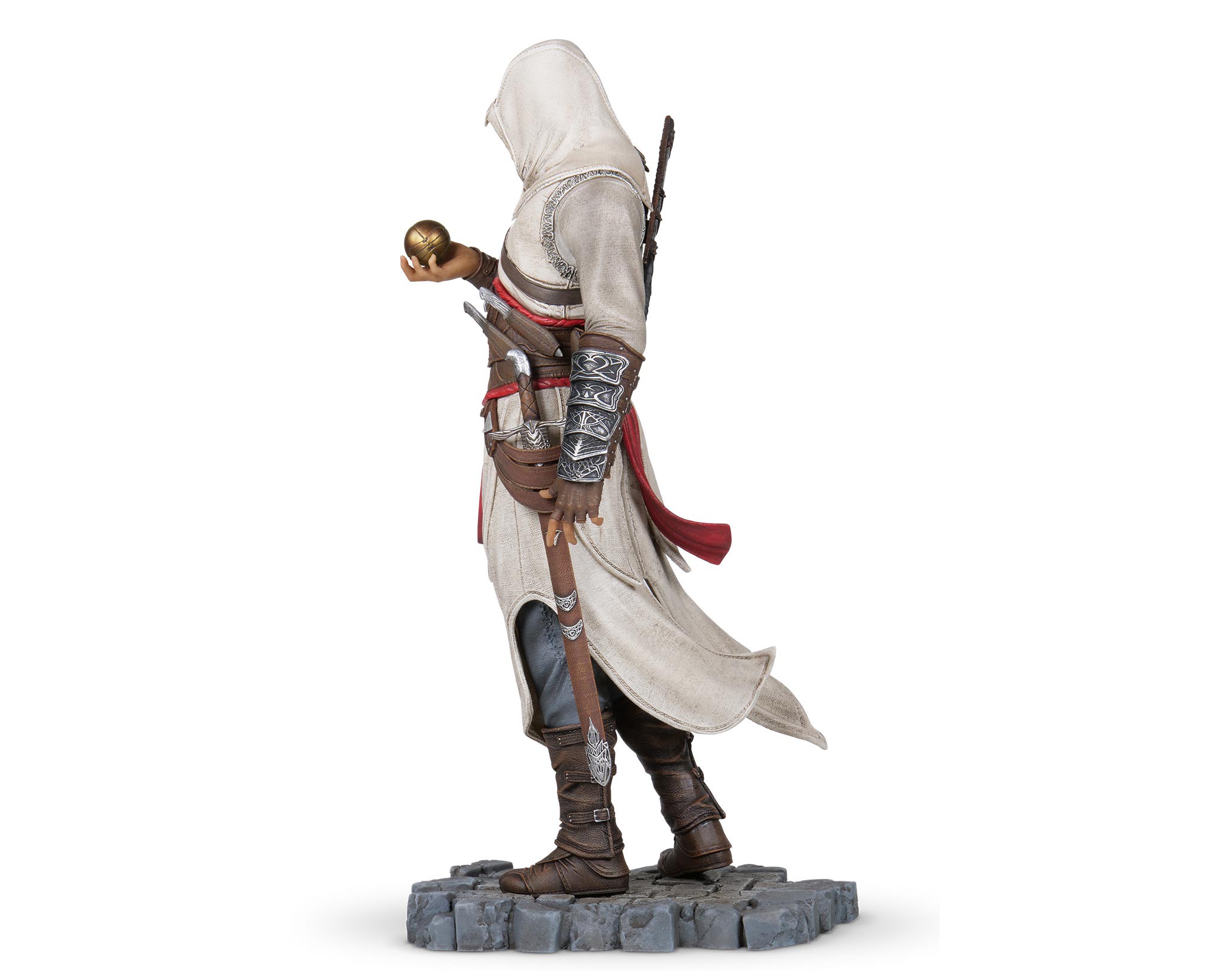 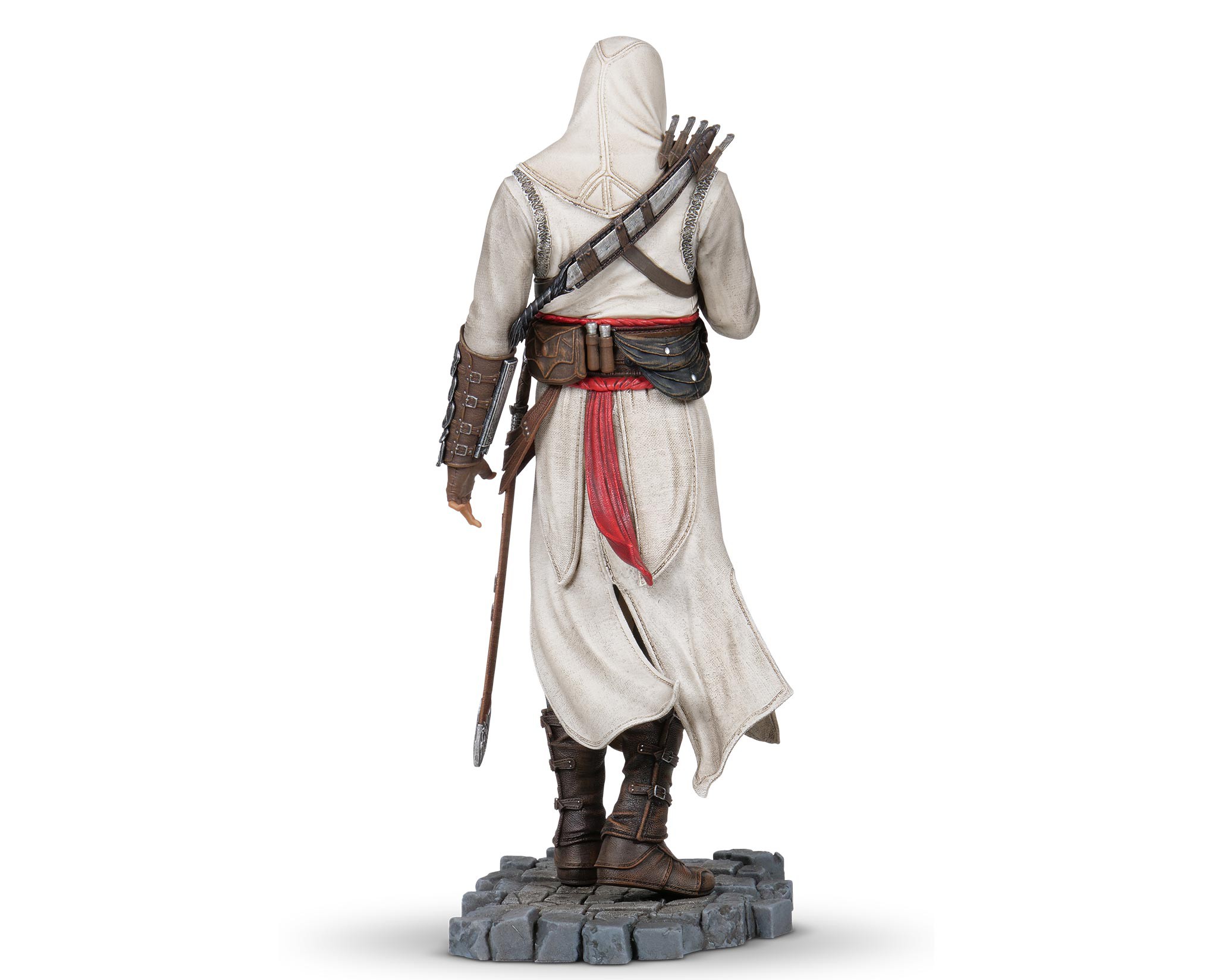 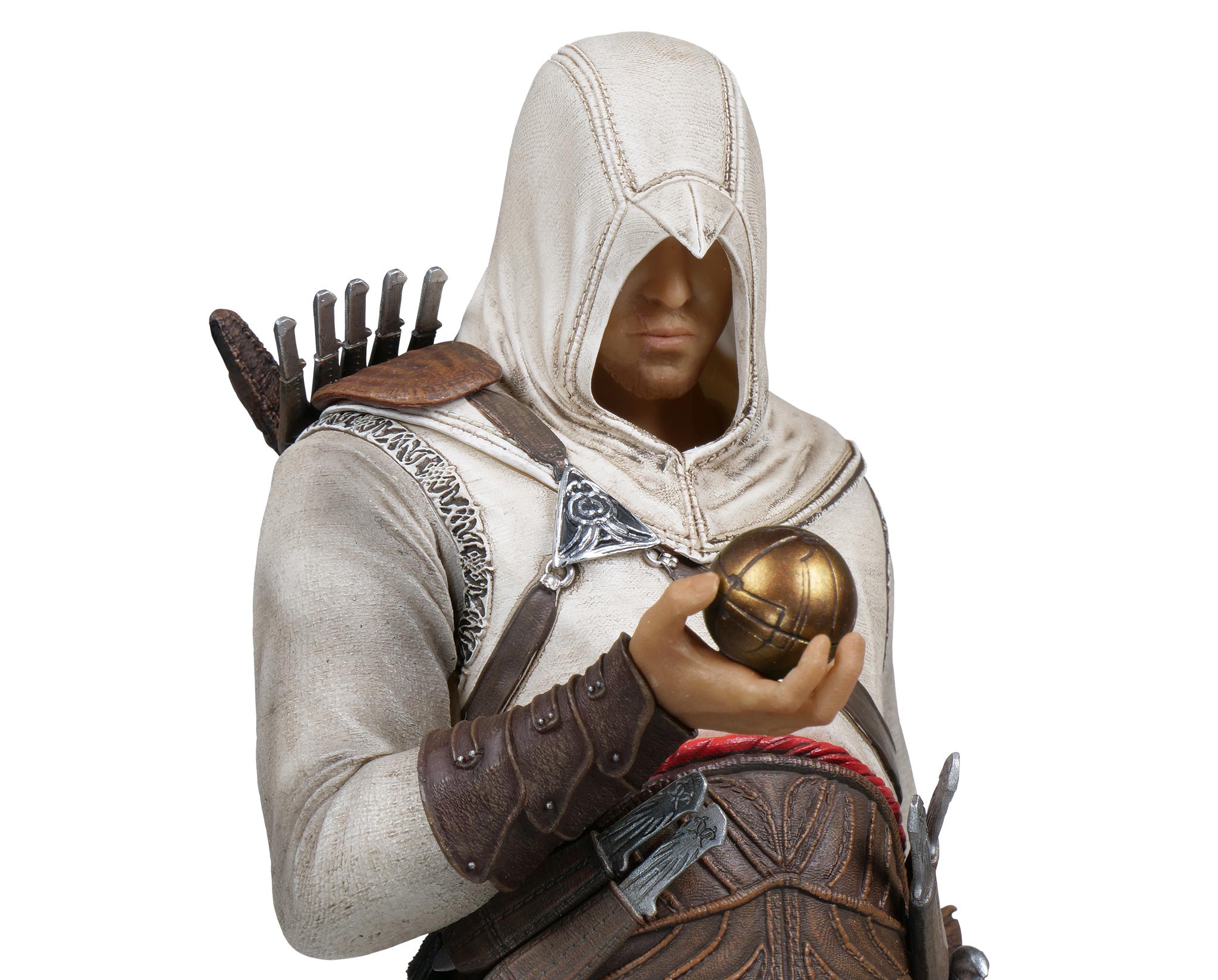 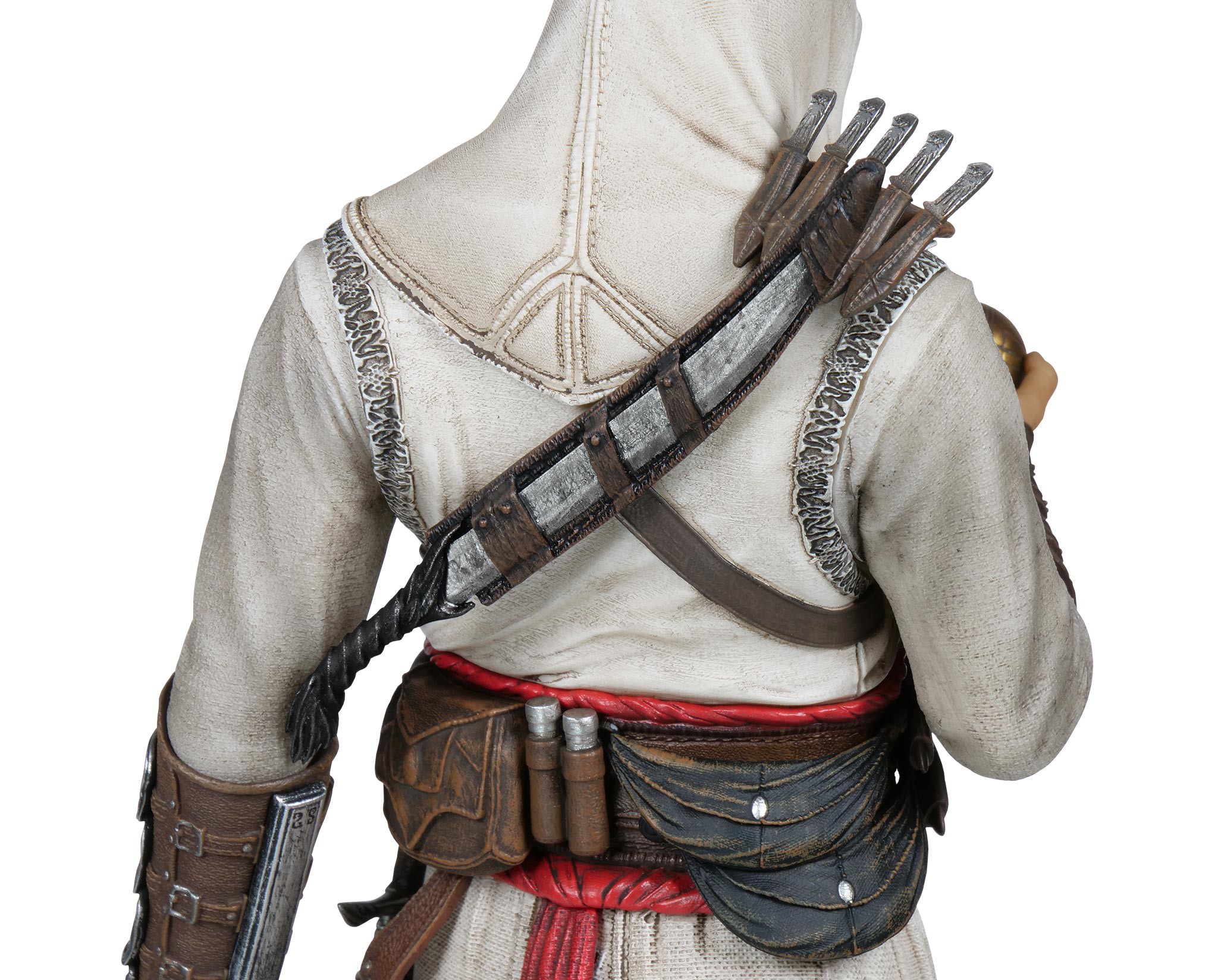 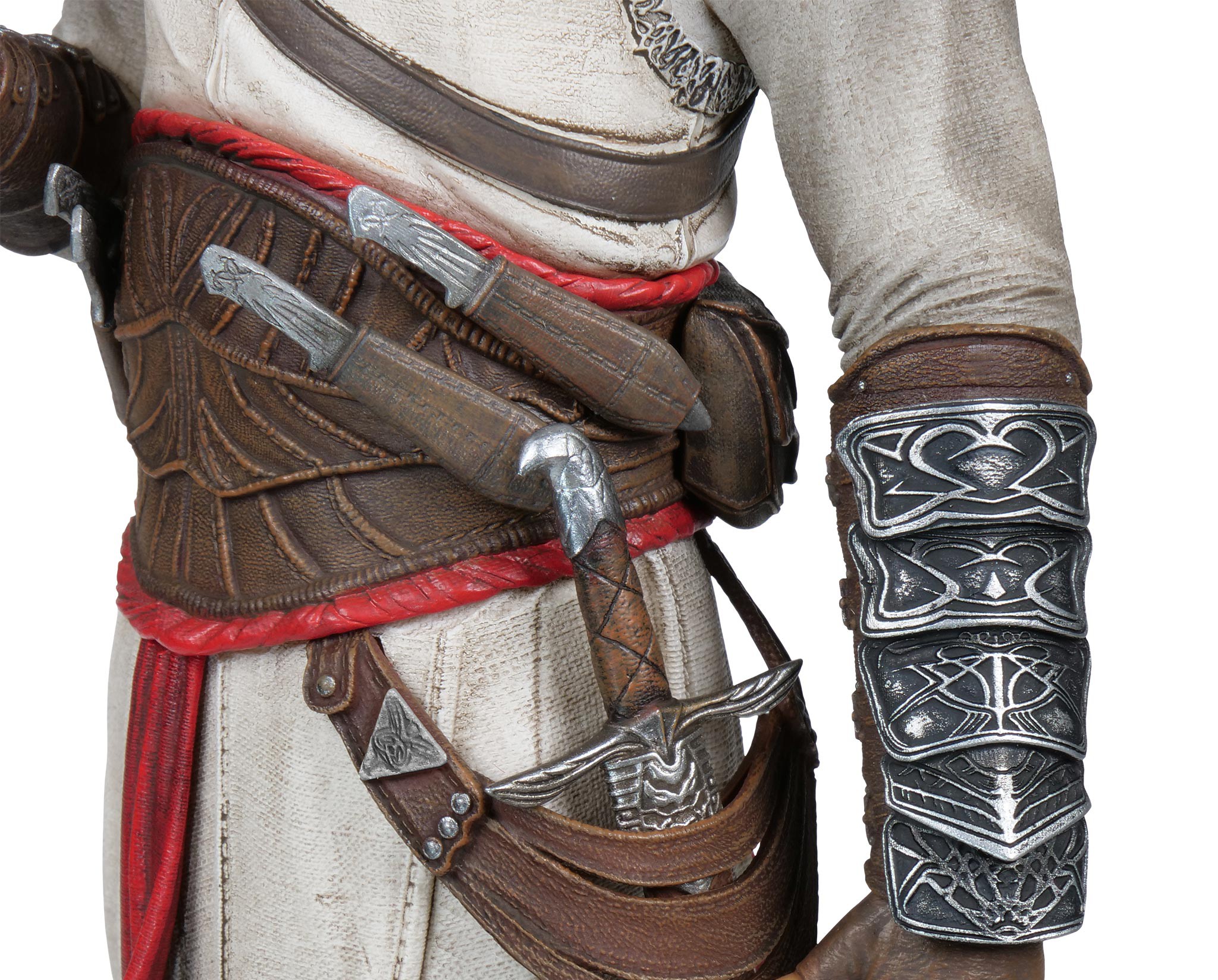 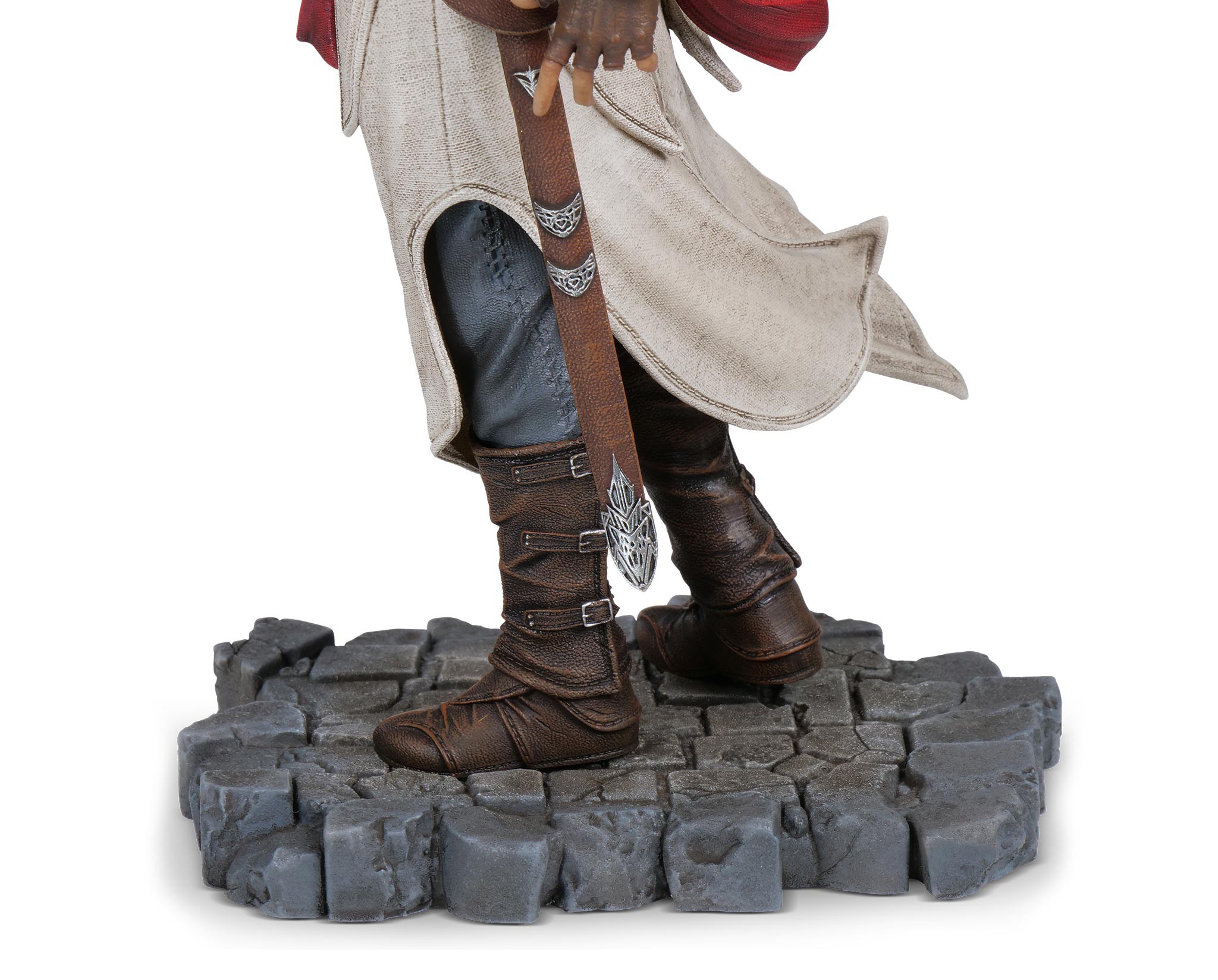 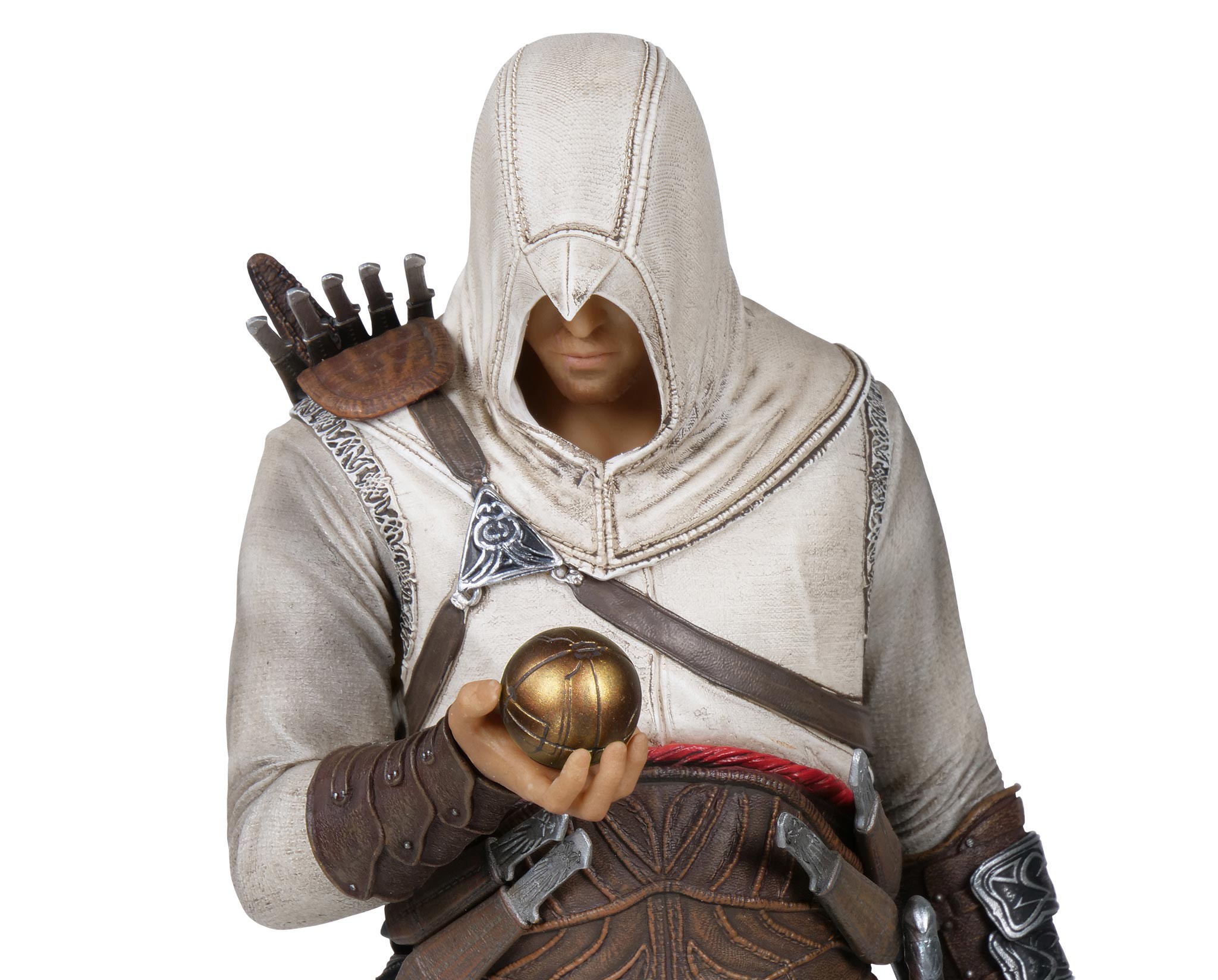 Ubicollectibles is proud to present a brand new figurine of the legendary Assassin: Altaïr Ibn-La’Ahad directly inspired by the original Assassin’s Creed game. This 24 cm masterpiece shows a hooded Altaïr holding the Apple of Eden for the first time as he wonders what kind of power this mysterious artefact hides. Would it be a blessing or a curse for humankind?

Orphaned at a young age and raised by the Assassin Mentor Al Mualim, Altaïr was single-mindedly dedicated to the Assassins’ cause. However, in his youth, his exceptional skills led him to become overconfident and careless. Altaïr would have to overcome failure and betrayal to emerge a wiser man, the one to lead the Brotherhood into a new era. After claiming the Apple of Eden from his Mentor, Altaïr dedicated himself to studying it. He recorded his findings in a journal known as the Codex and used it to create new techniques and innovations for the Assassins to use.