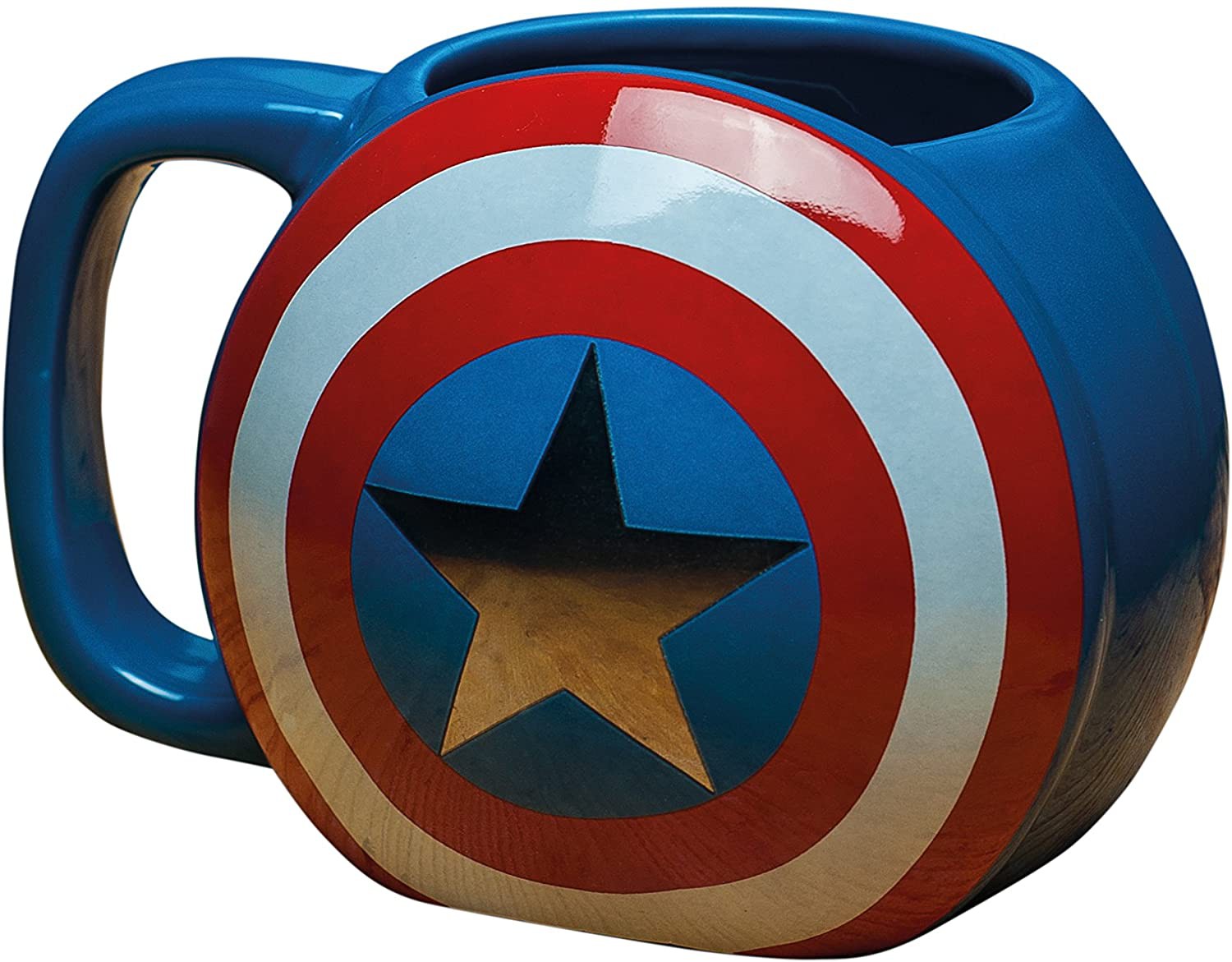 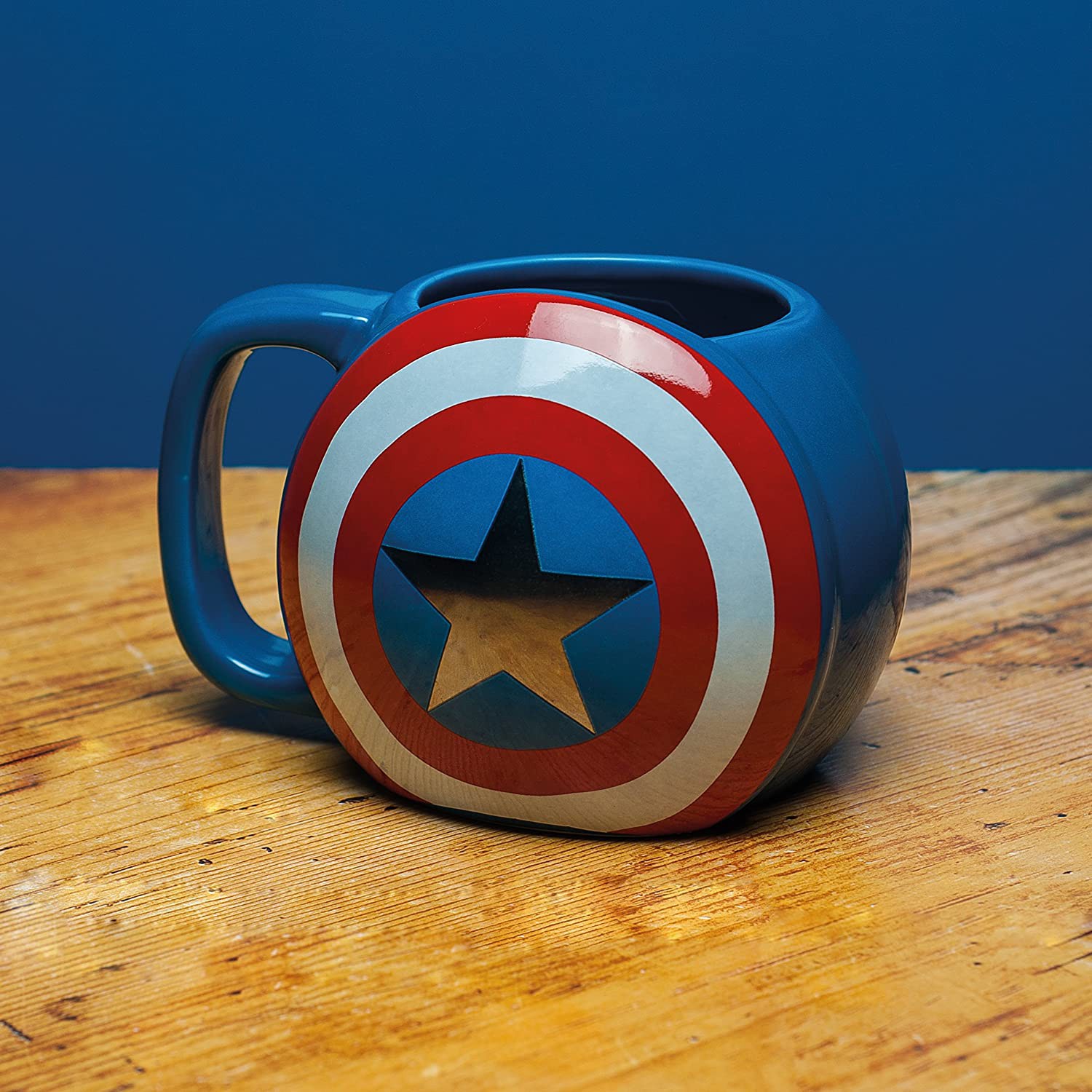 Enjoy a refreshing cuppa with a Marvel Avenger in the unique shape of this Captain America Shield Mug. Shaped like Captain Americas iconic shield, this red, white and blue heros mug will help tackle the fight against thirst and give you a perfect tea break. First appearing together in comic book form in 1963, the Avengers were labelled Earths Mightiest Heroes, and their heroic deeds have entertained fans young and old for generations. With the Marvel Cinematic Universe, the Avengers have reached a whole new audience, transcending their comic book origins. Each of the main characters (Thor, Hulk, Captain America and Iron Man) have appeared in their own self titled blockbuster smash, as well as the linked in Avengers series of films such as Avengers: Age of Ultron and the highly anticipated Avengers: Infinity War. Marvels Avengers are now some of the most popular and recognizable superhero characters of all time, and have featured in numerous TV series, graphic novels and video games. A great gift for comic book fans or fans of the blockbuster movies, the Captain America Shield Mug is an officially licensed Marvel product.