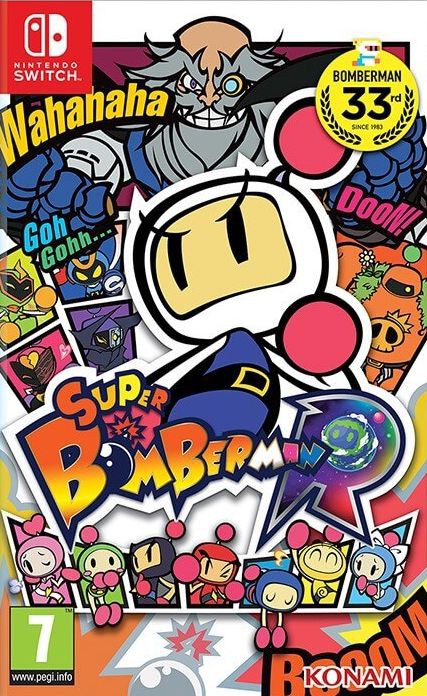 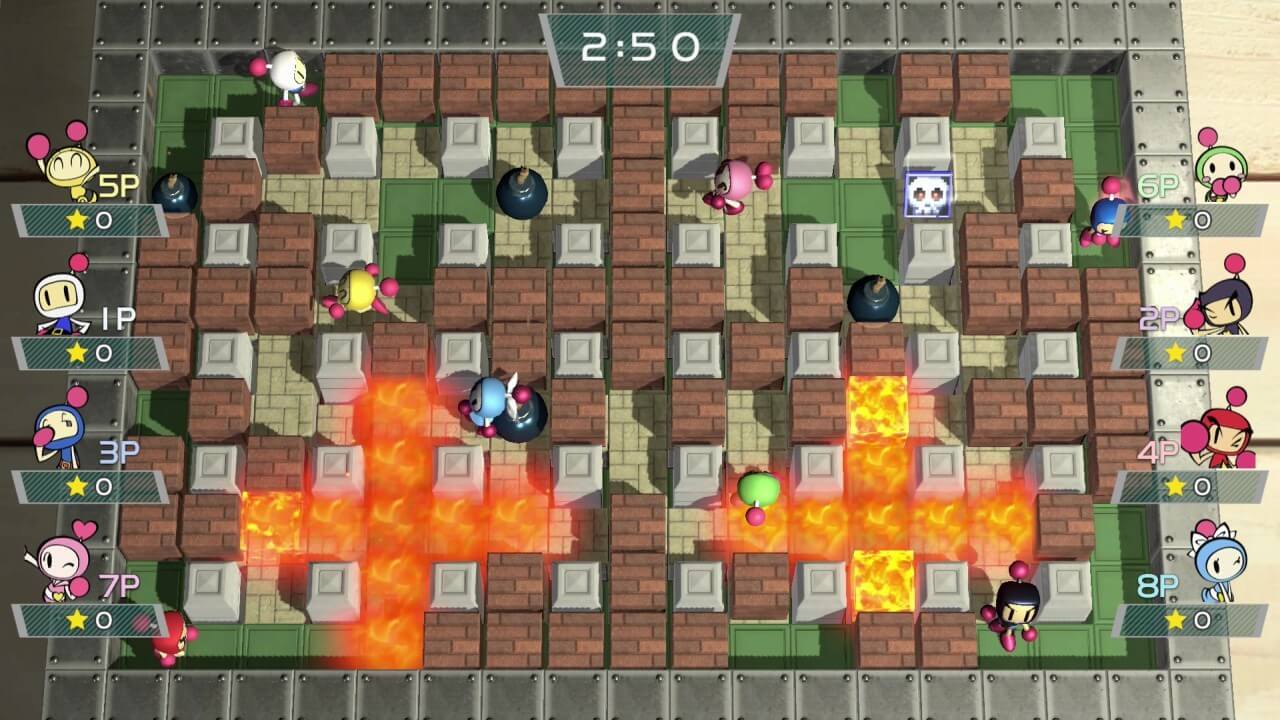 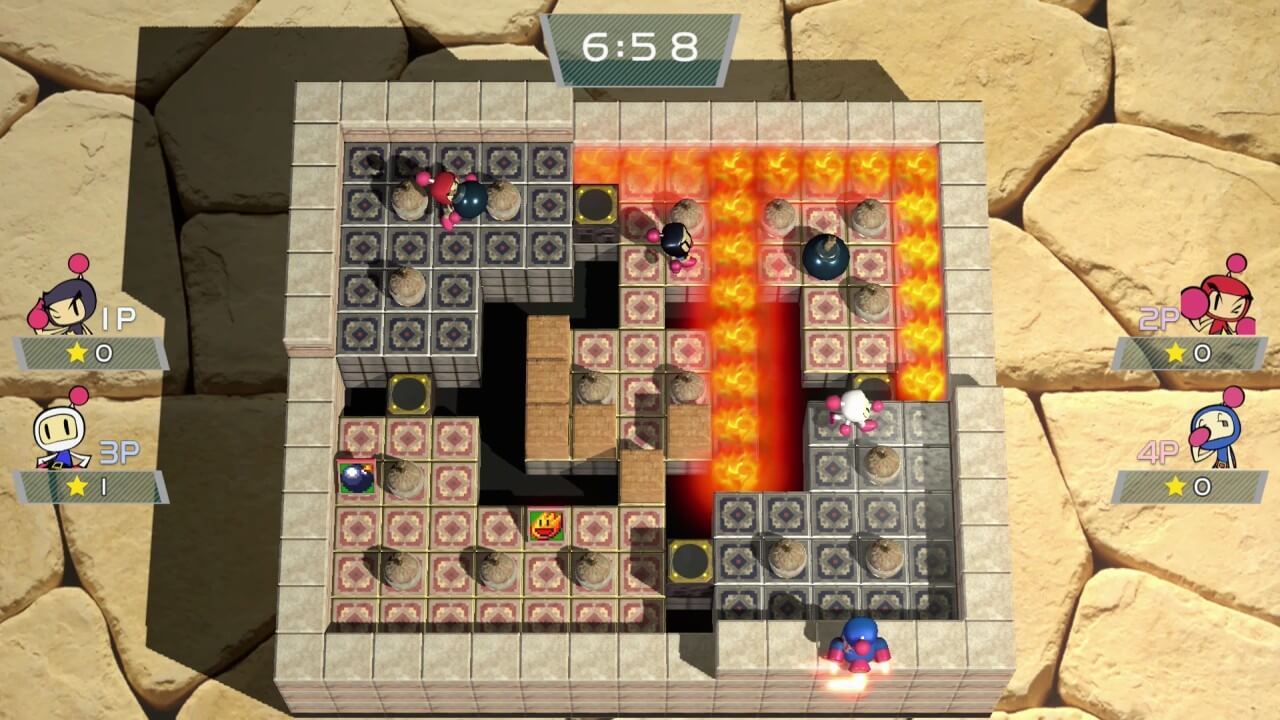 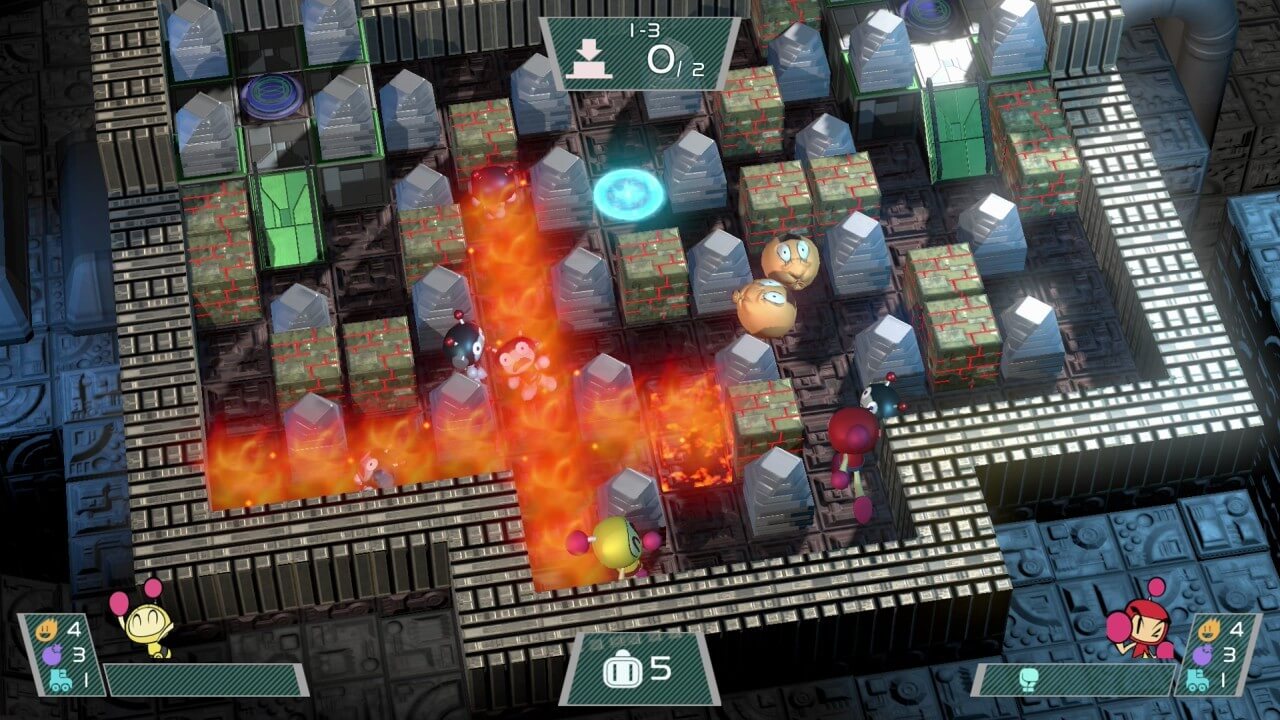 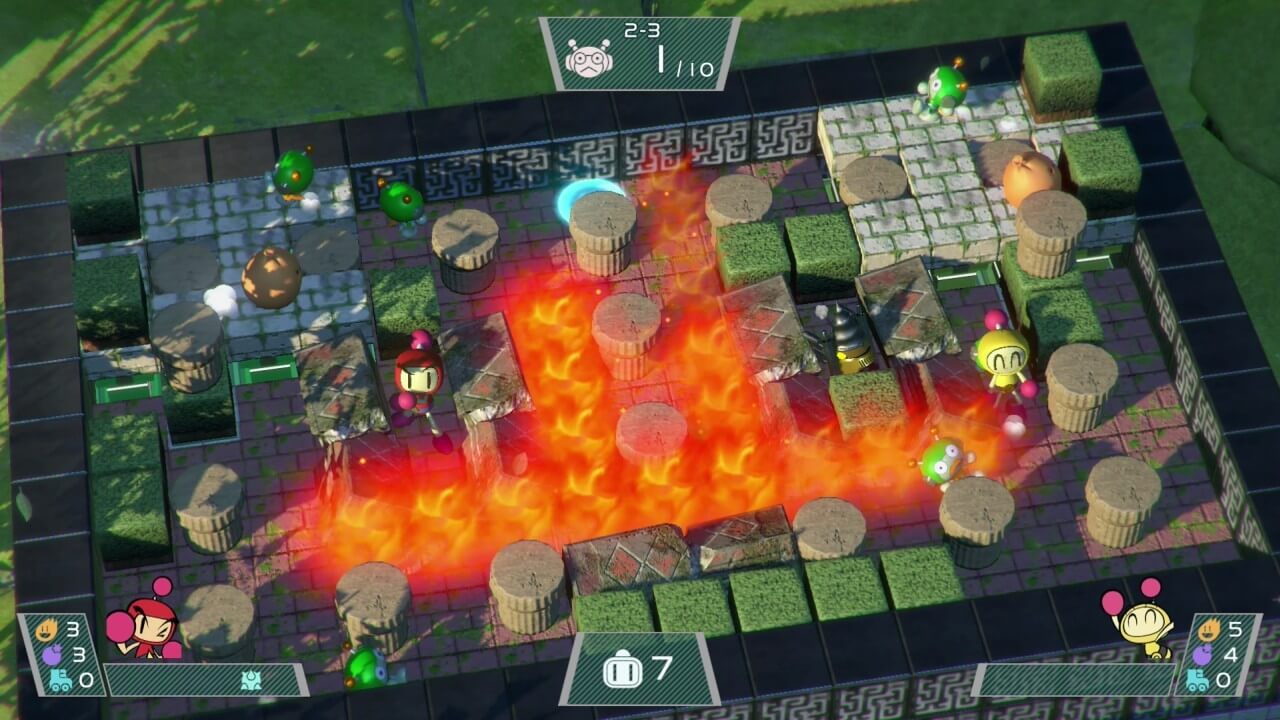 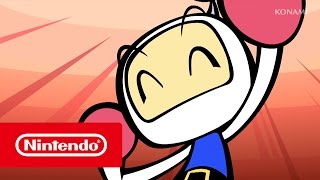 Bomberman is back, and he’s all fired up on Nintendo Switch!

Settle it with pyrotechnics in Super Bomberman R, as the classic series makes its return on Nintendo Switch. While the rules are the same, the style is all-new, with 3D stages, high definition graphics and online multiplayer.

In Super Bomberman R, move around maze-like grids, placing bombs to vanquish your opponents, all while collecting power-ups to bolster your abilities.

It’s equal parts strategy and destruction, as if you corner a player with one of your bombs, they’re done for! Make sure you’re careful though – just because they’re your bombs, it doesn’t mean they won’t hurt you too.

With local and online multiplayer for up to eight players, it’s every bomber for themselves. Get into the action on the big screen in TV mode, link up to eight Nintendo Switch consoles together for multiplayer in handheld mode, or even enjoy local multiplayer on one screen wherever you are using tabletop mode. Will you keep your cool under pressure, or do you have a short fuse?