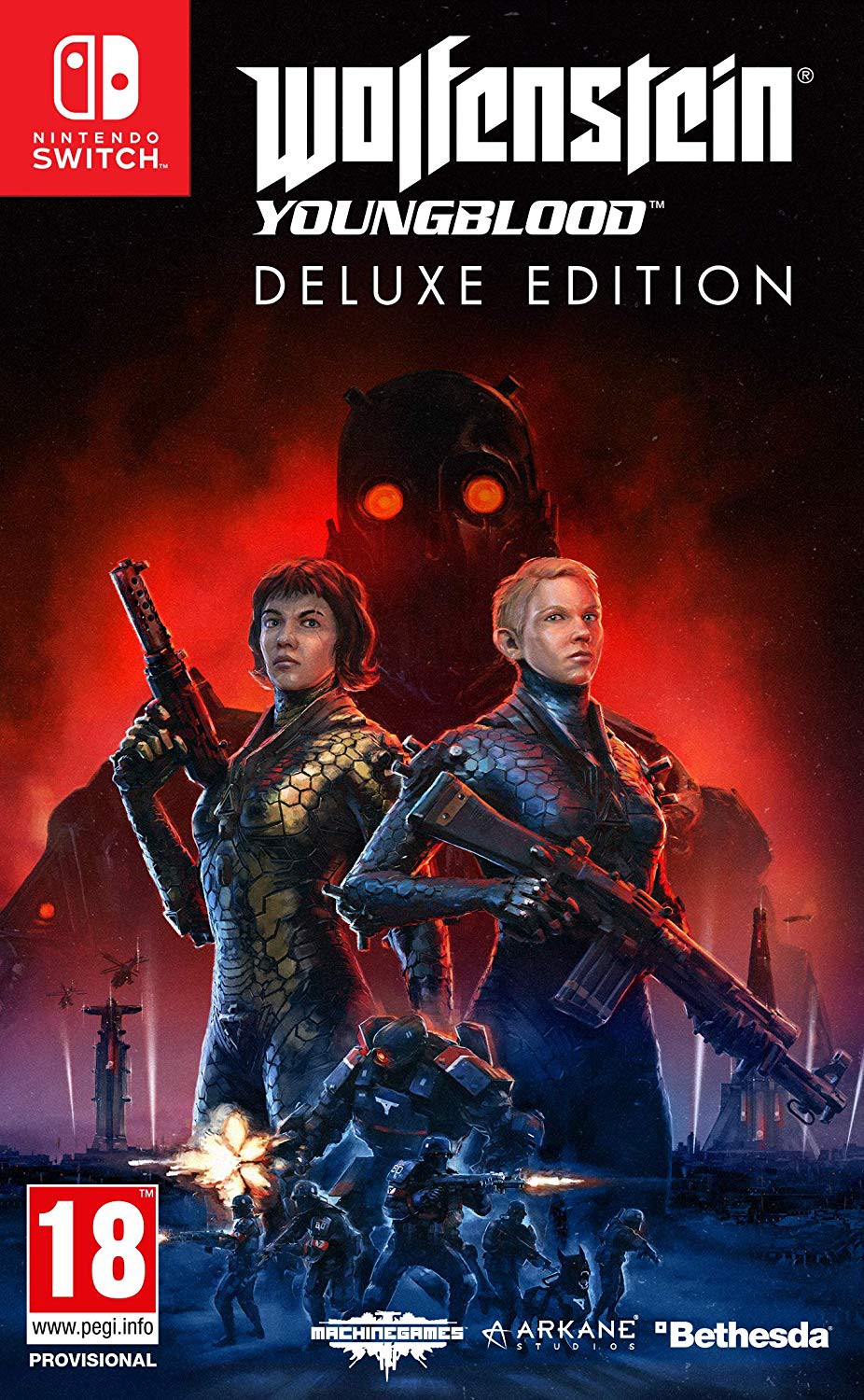 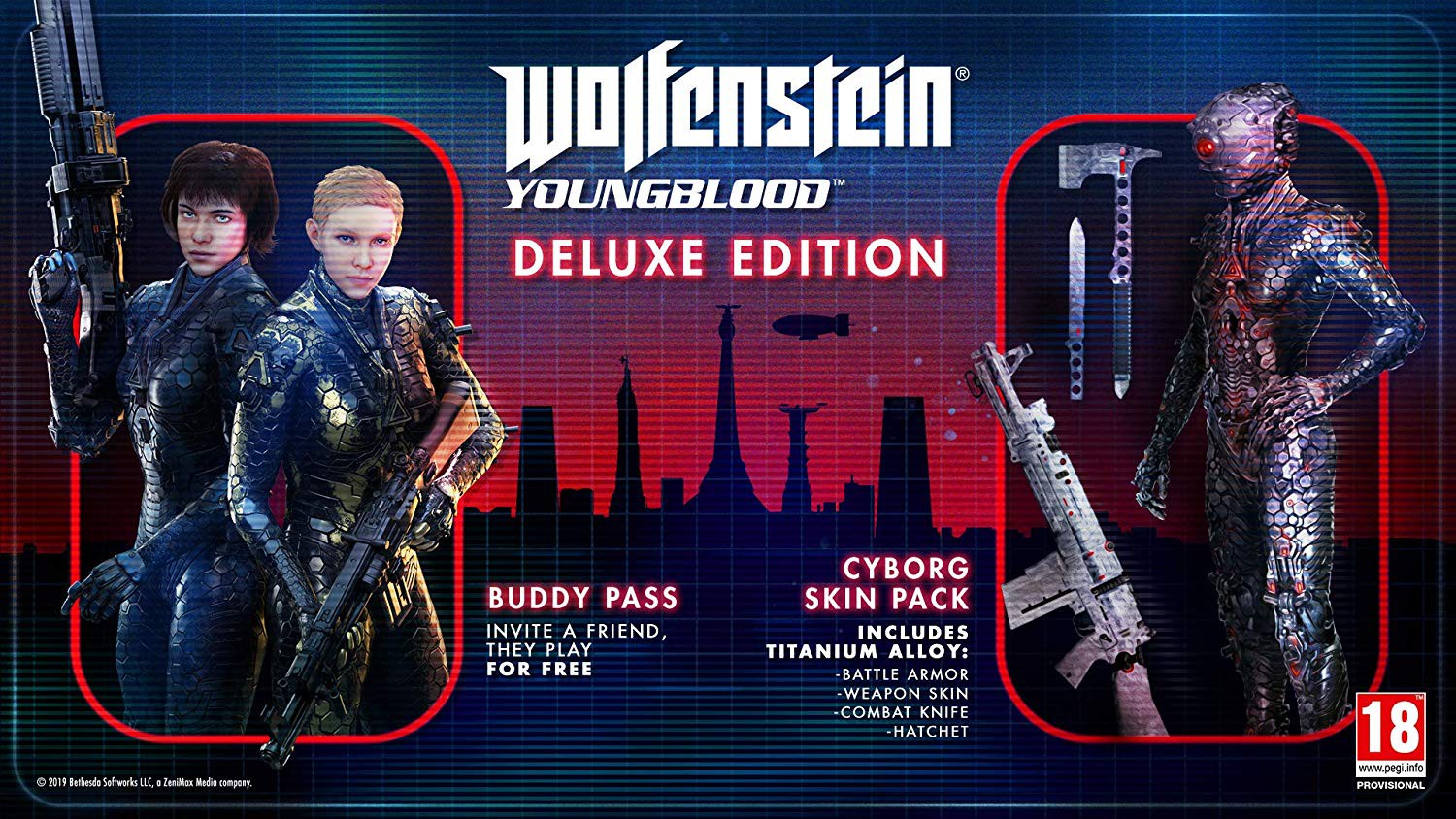 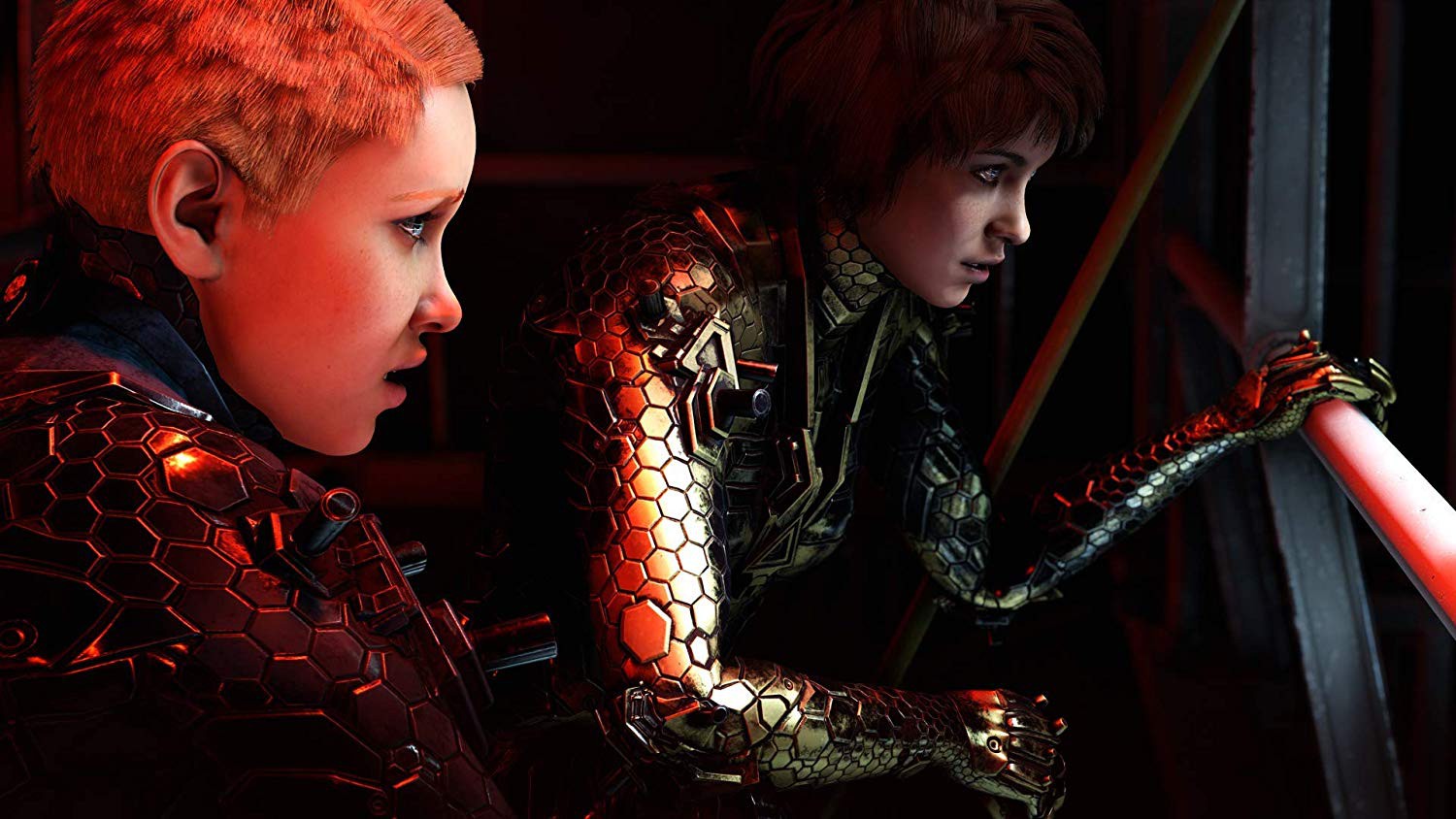 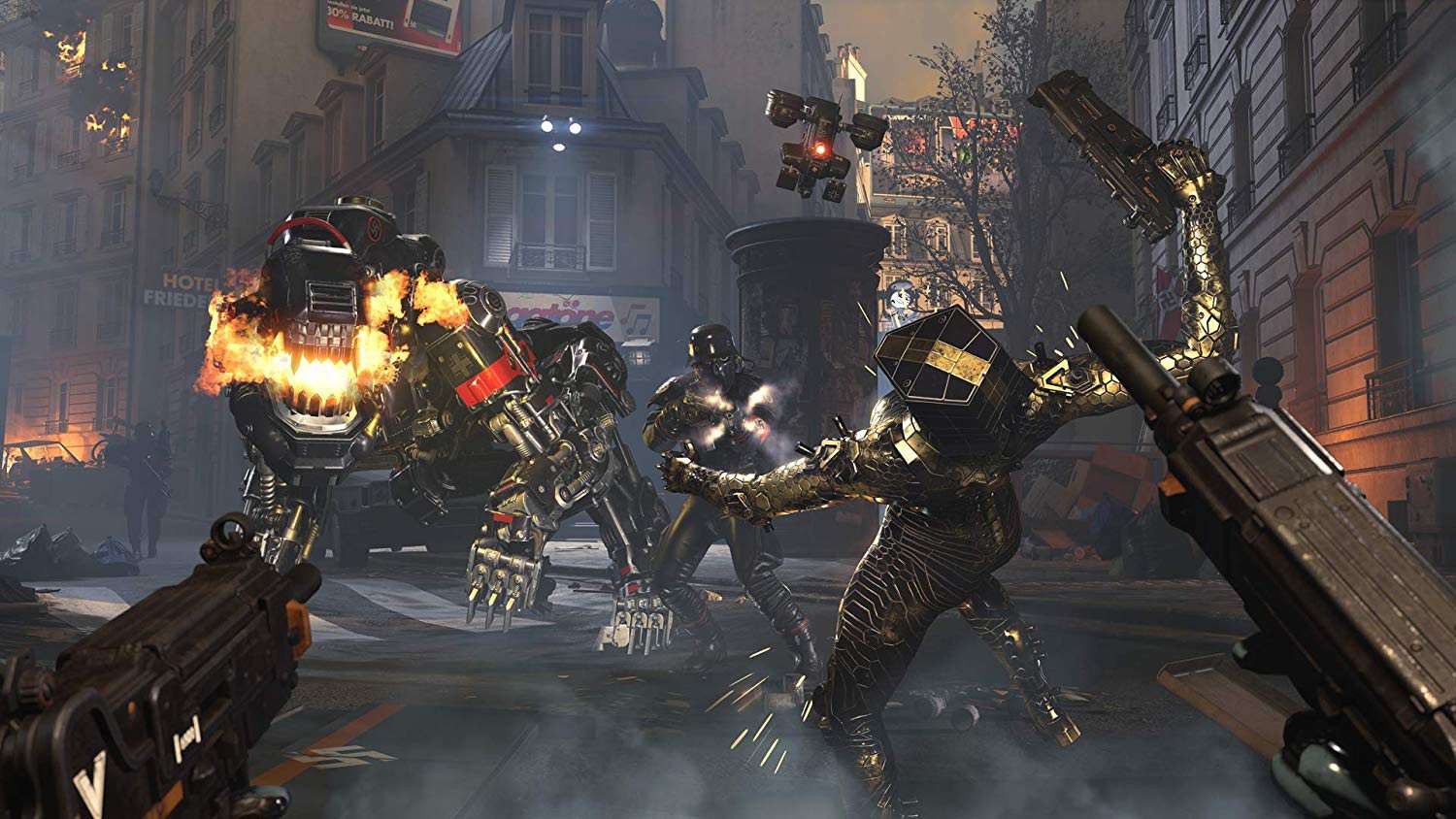 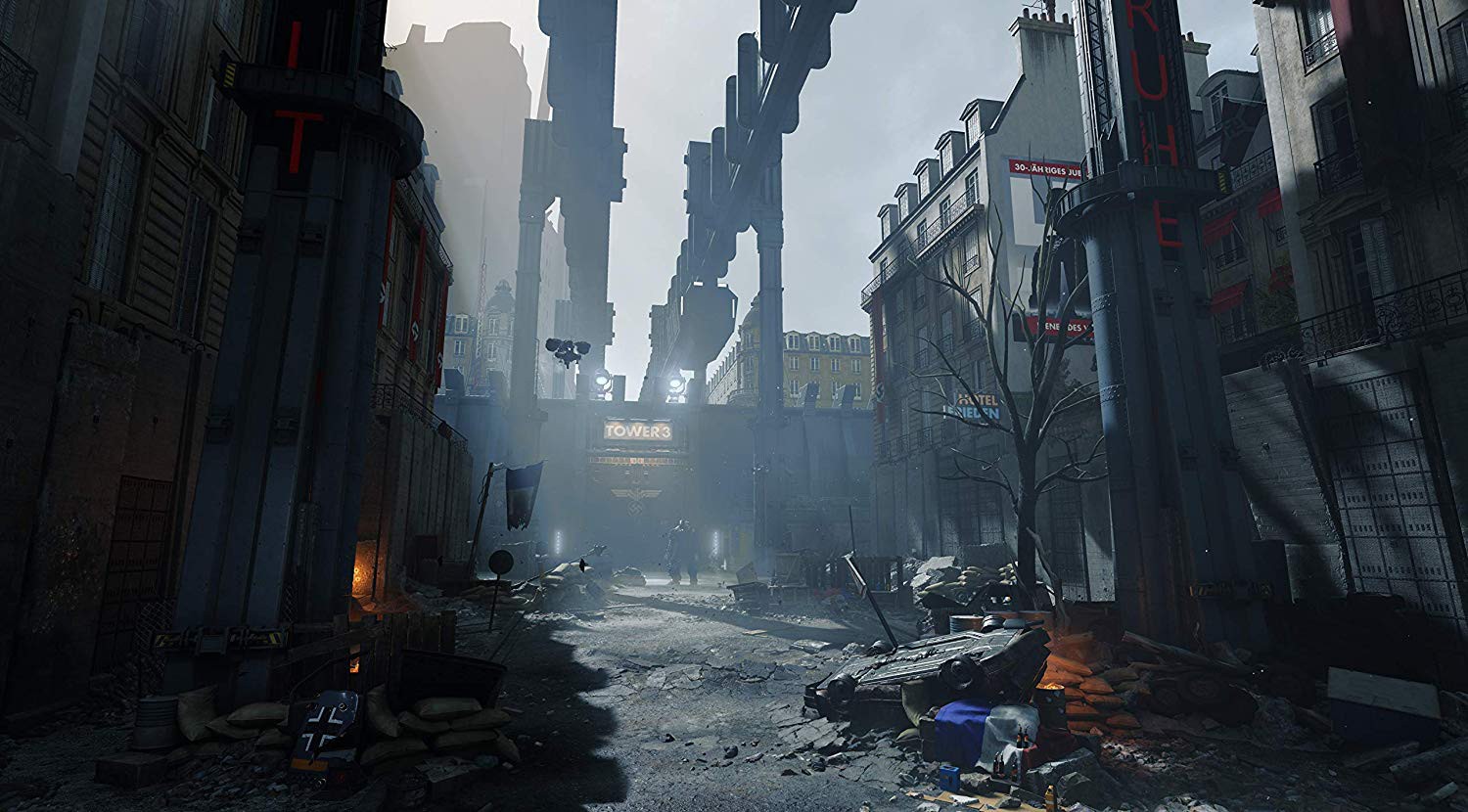 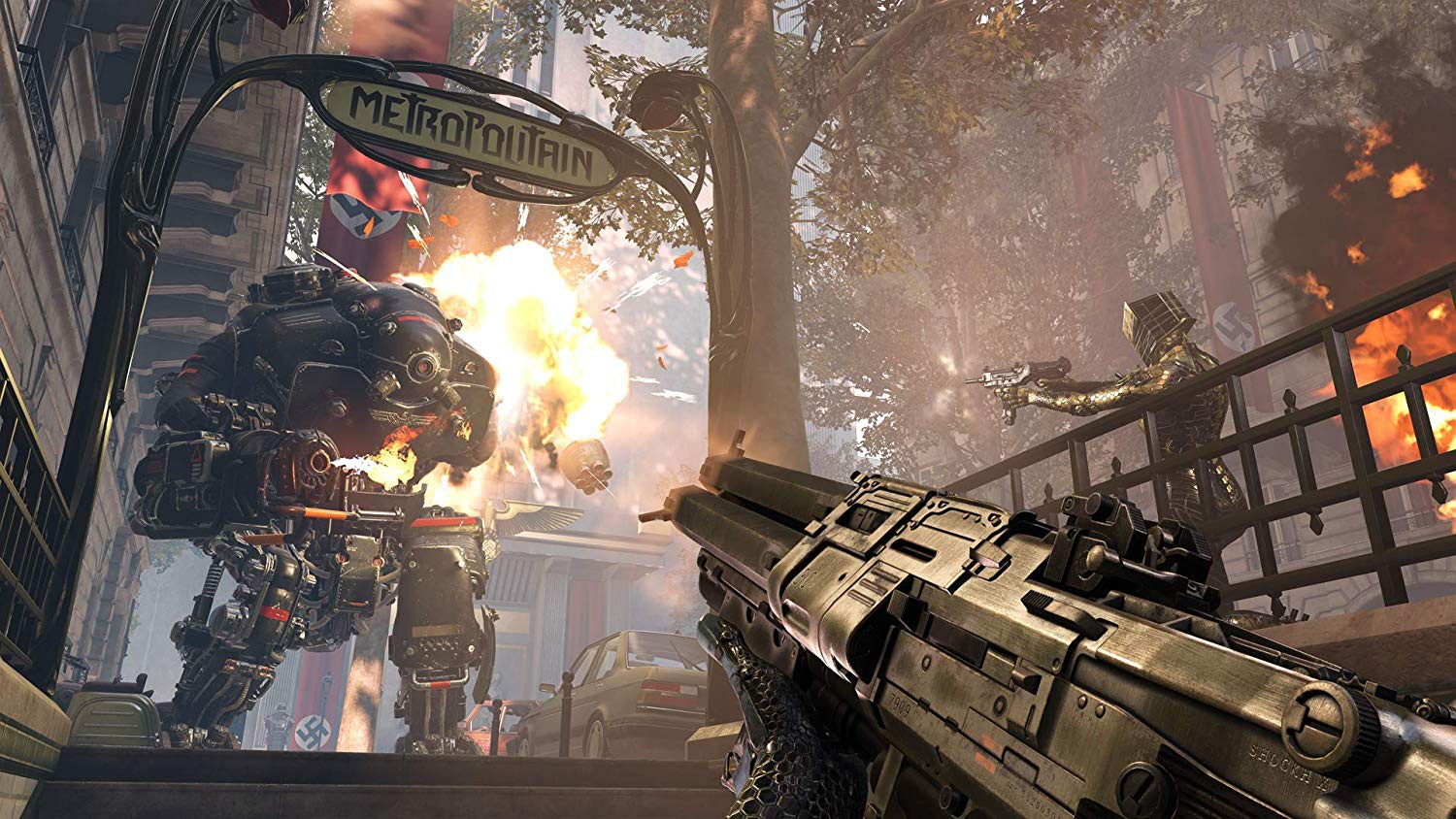 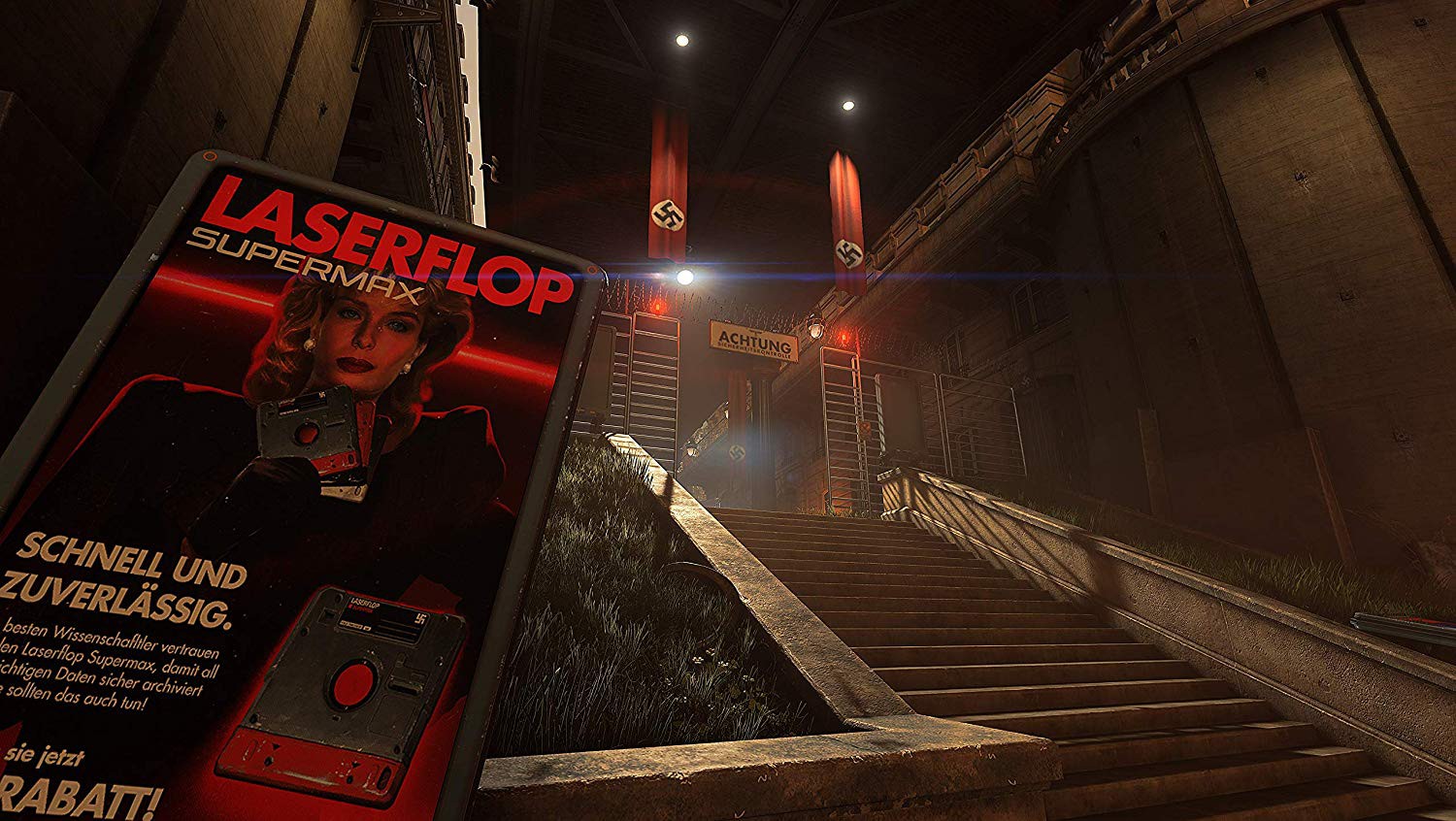 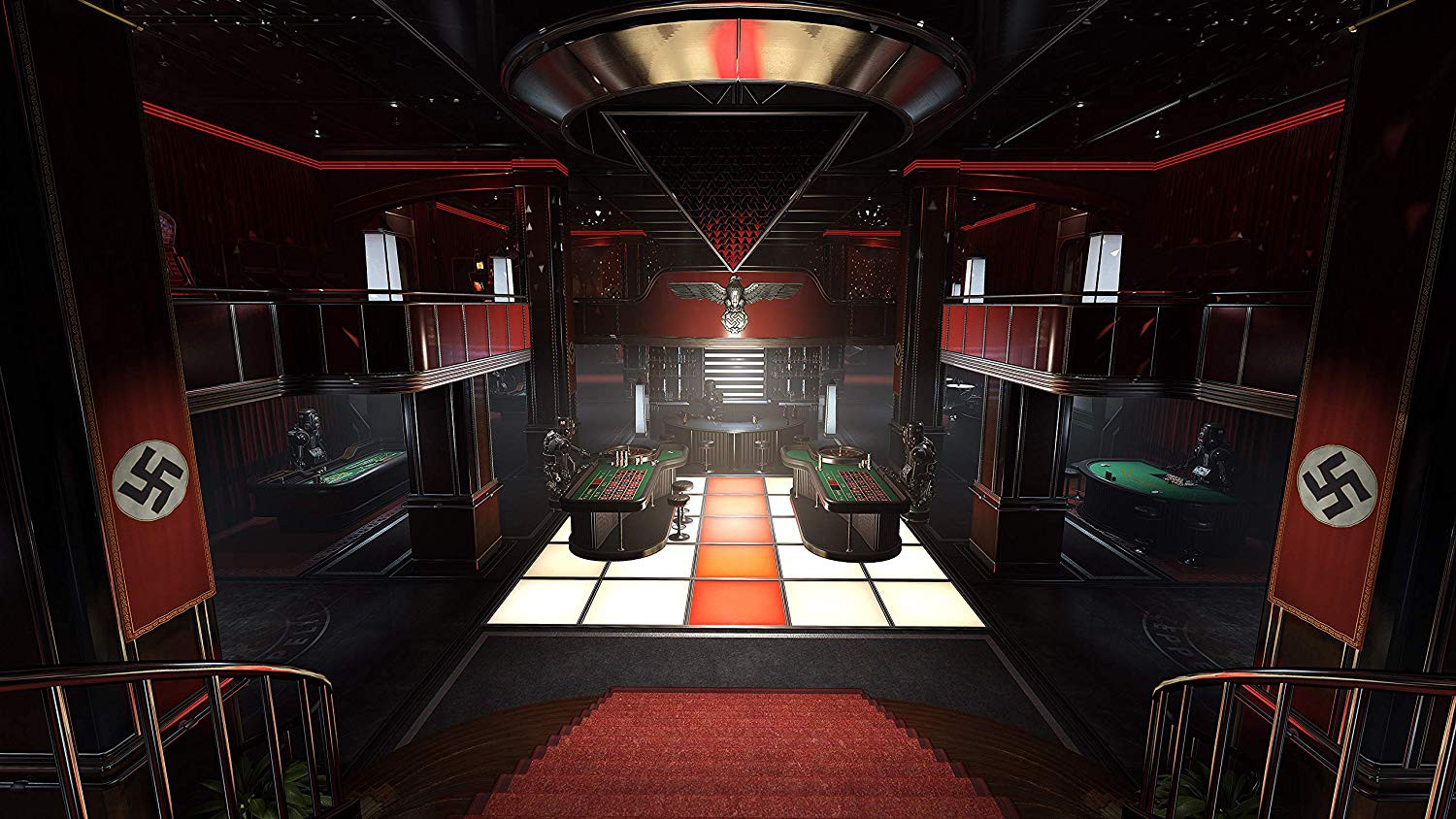 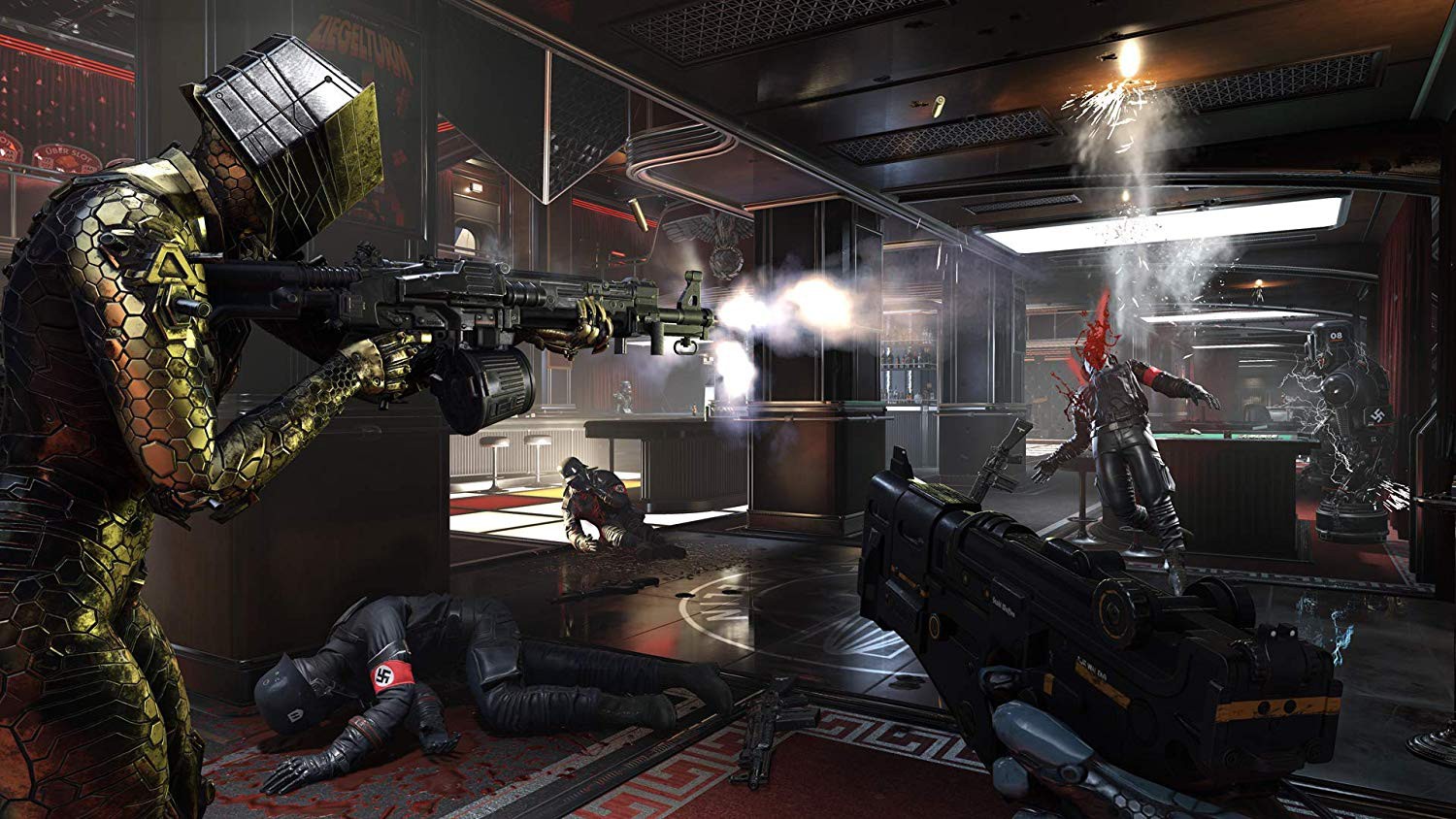 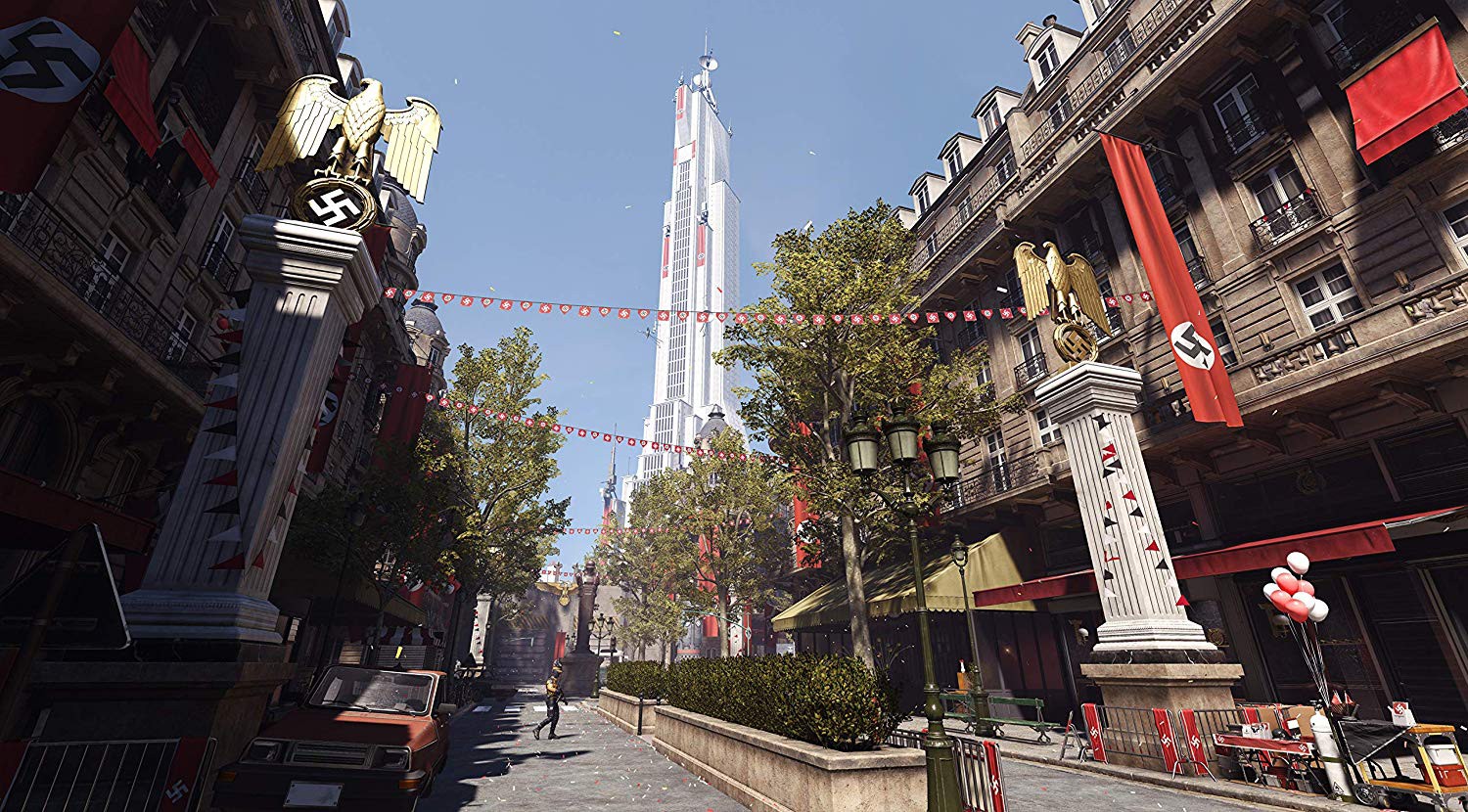 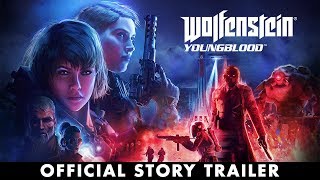 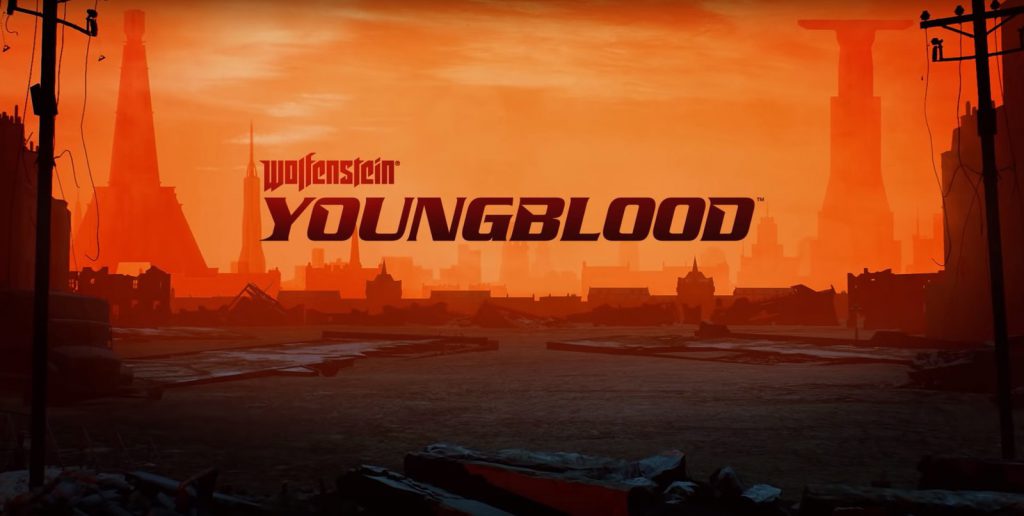 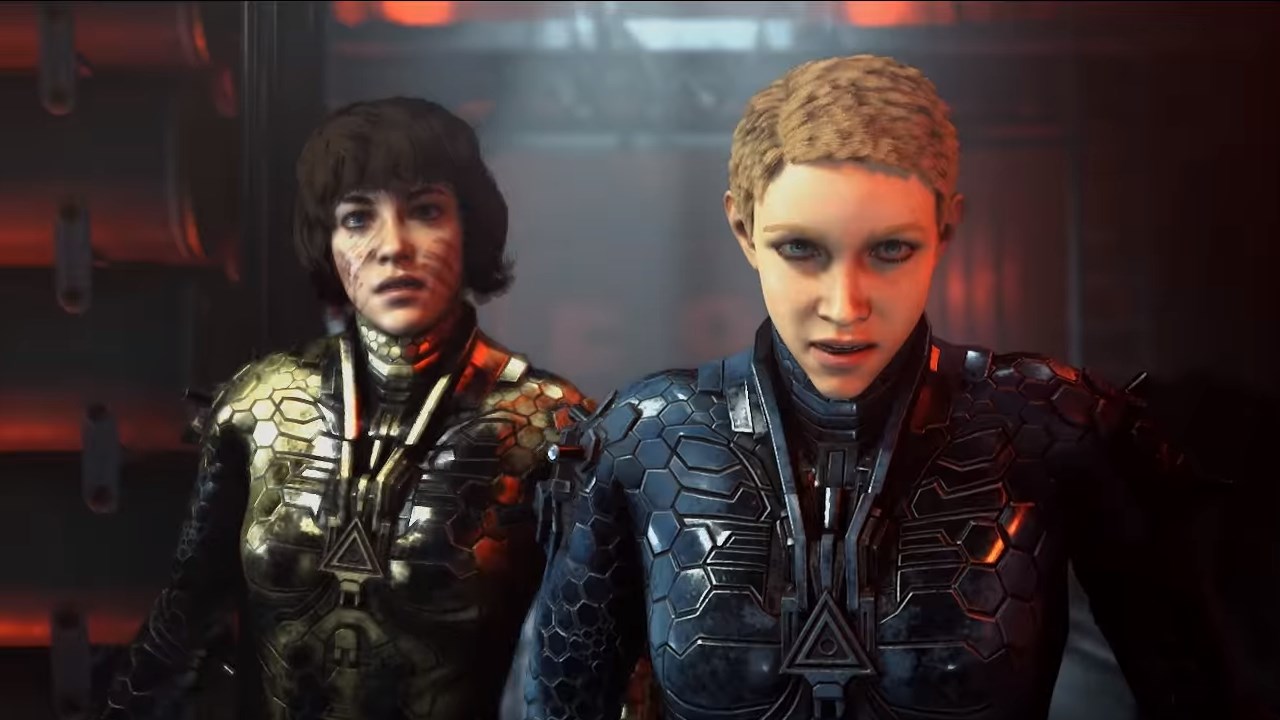 Nineteen years after the events of Wolfenstein II, BJ Blazckowicz has disappeared after a mission into Nazi-occupied Paris. Now, after years of training from their battle-hardened father, BJ’s twin daughters, Jess and Soph Blazkowicz, are forced into action.

Team up with a friend or play alone. Level up, explore, and complete missions to unlock new abilities, weapons, gadgets, cosmetics, and more to complement your playstyle and customize your appearance.

The Deluxe Edition includes the Buddy Pass, allowing you and a friend to play the entire game together, even if they don't own the game themselves. .

You can only play with one friend at a time, but you can use the Buddy Pass to invite as many friends as you want.

If you prefer to play solo, you can play Wolfenstein: Youngblood partnered with an AI companion.