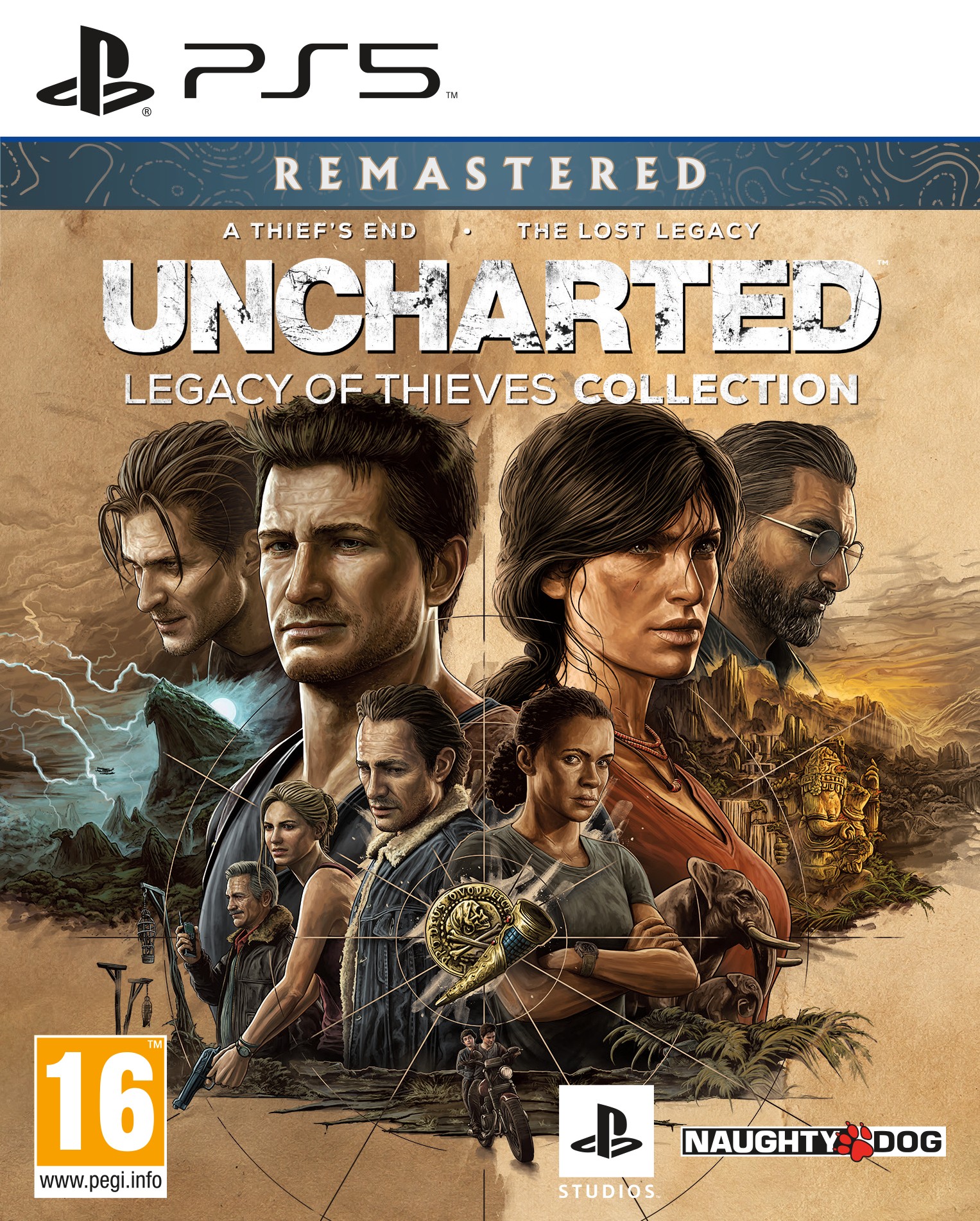 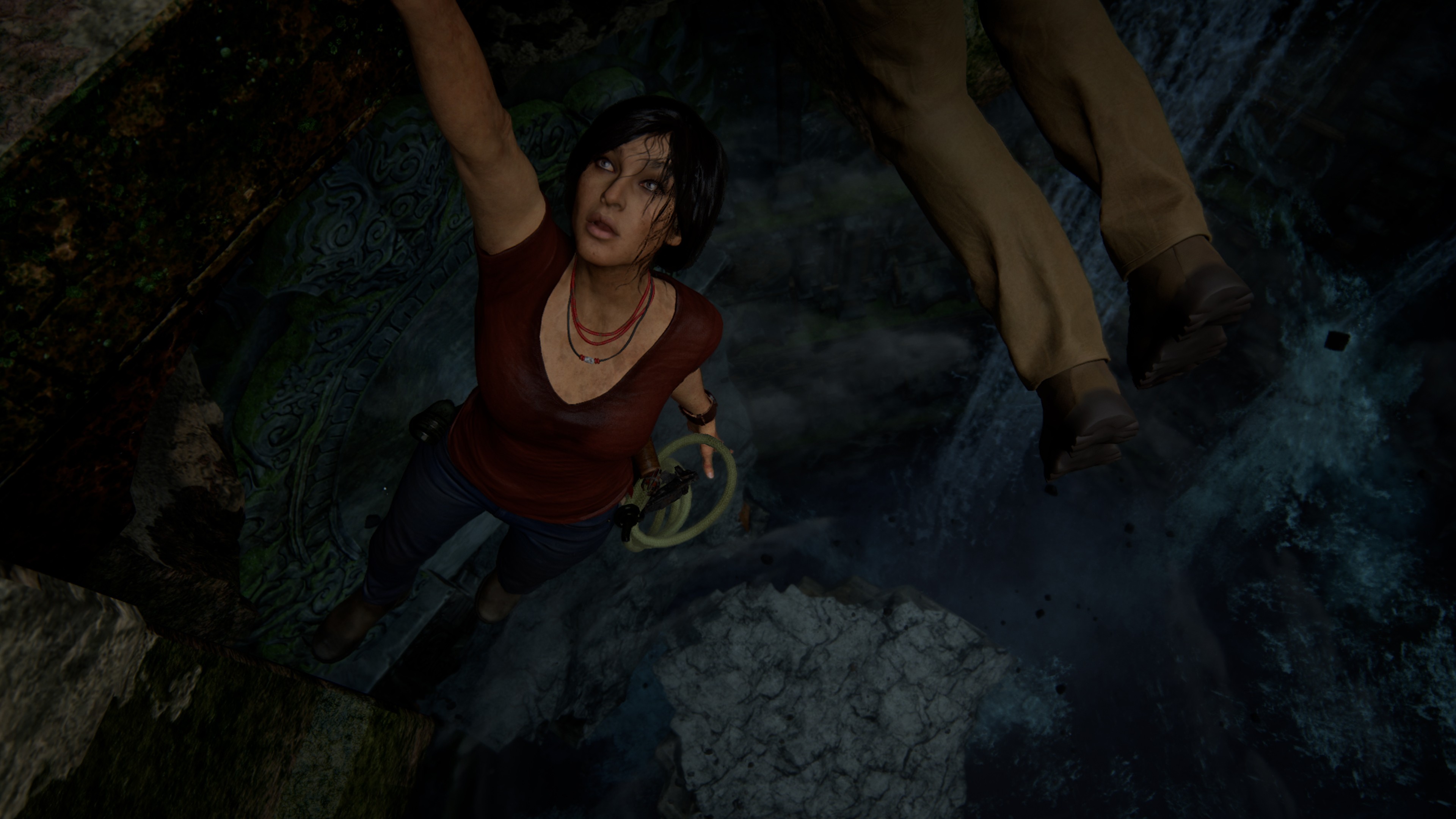 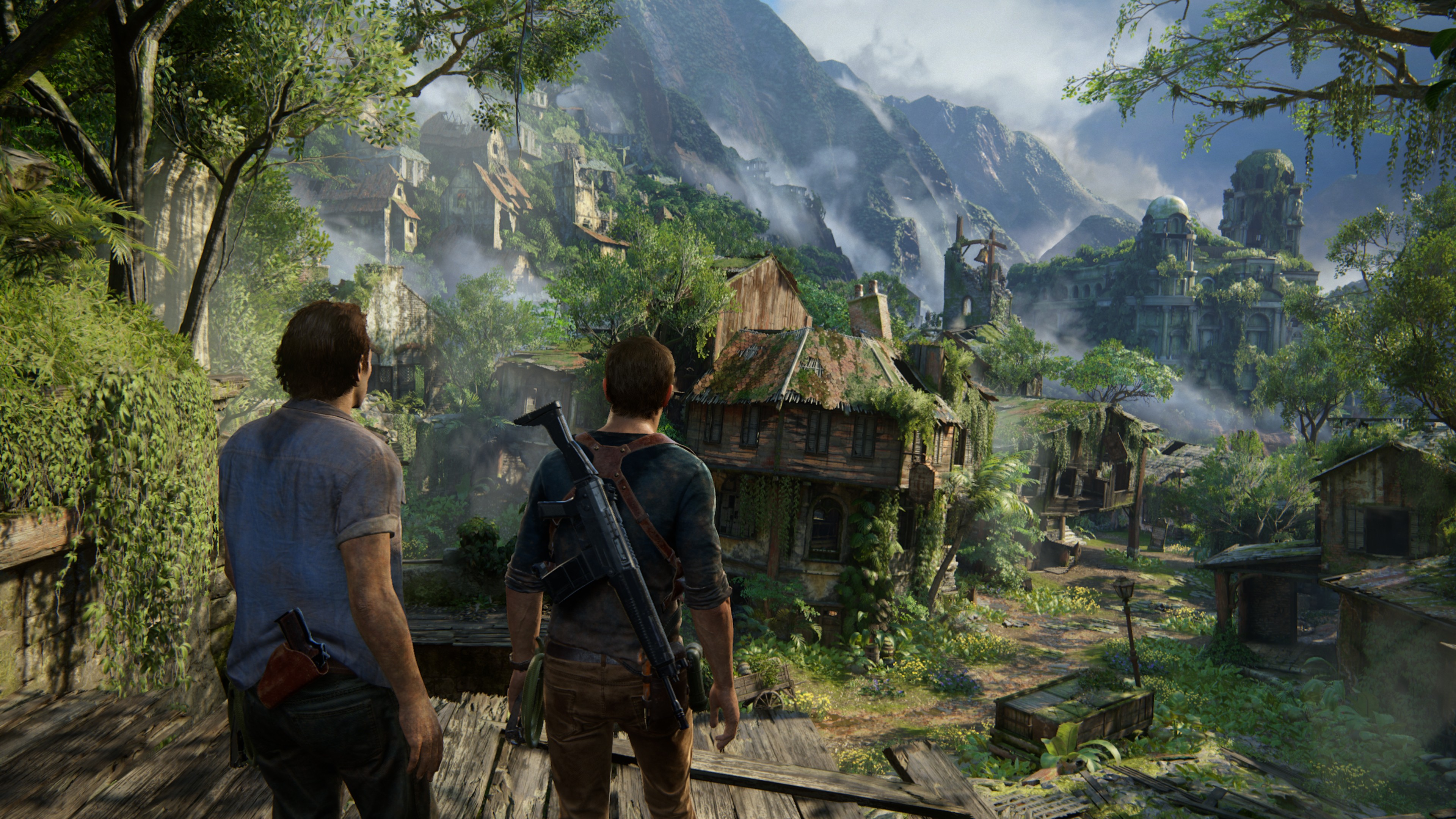 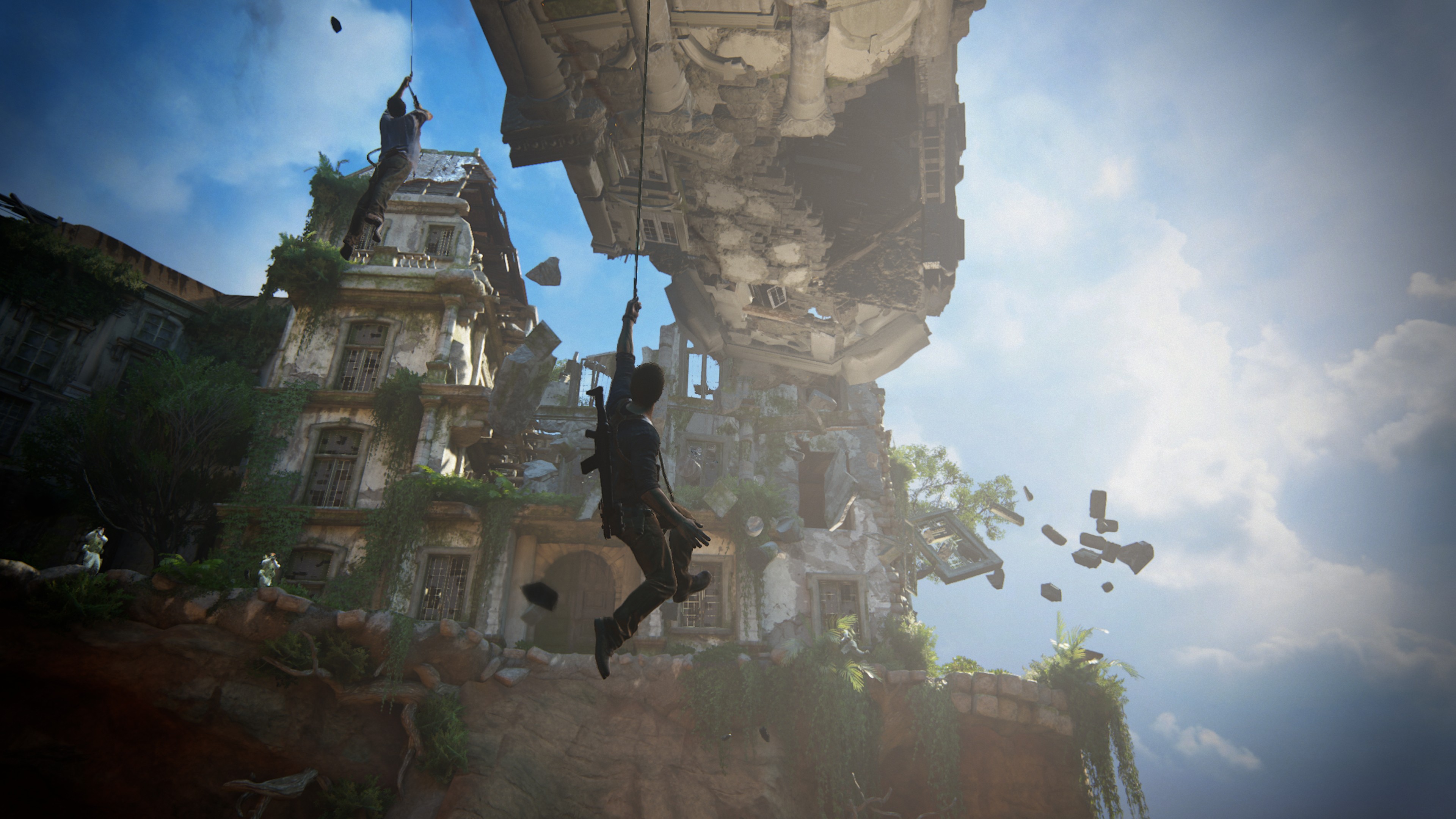 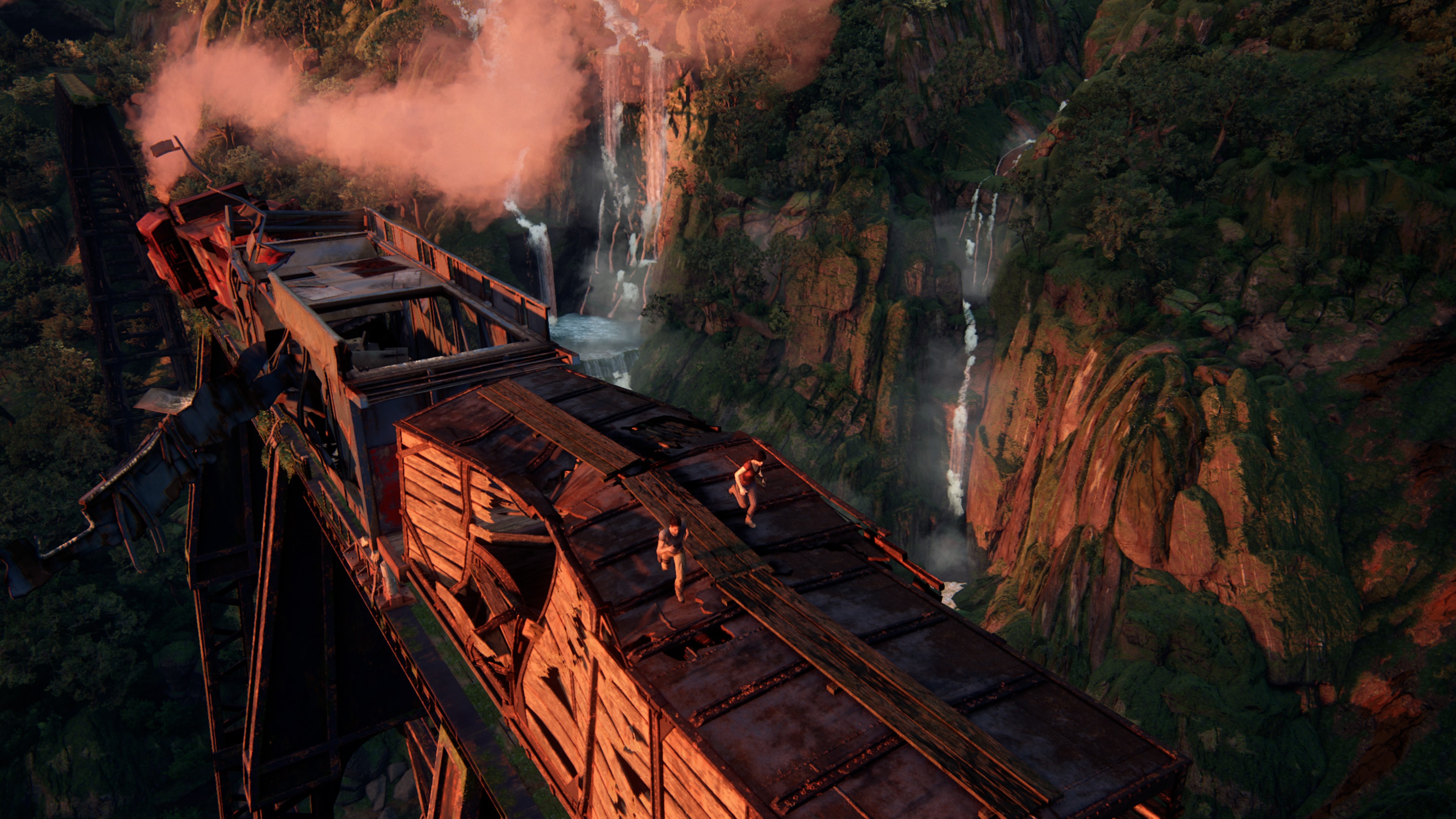 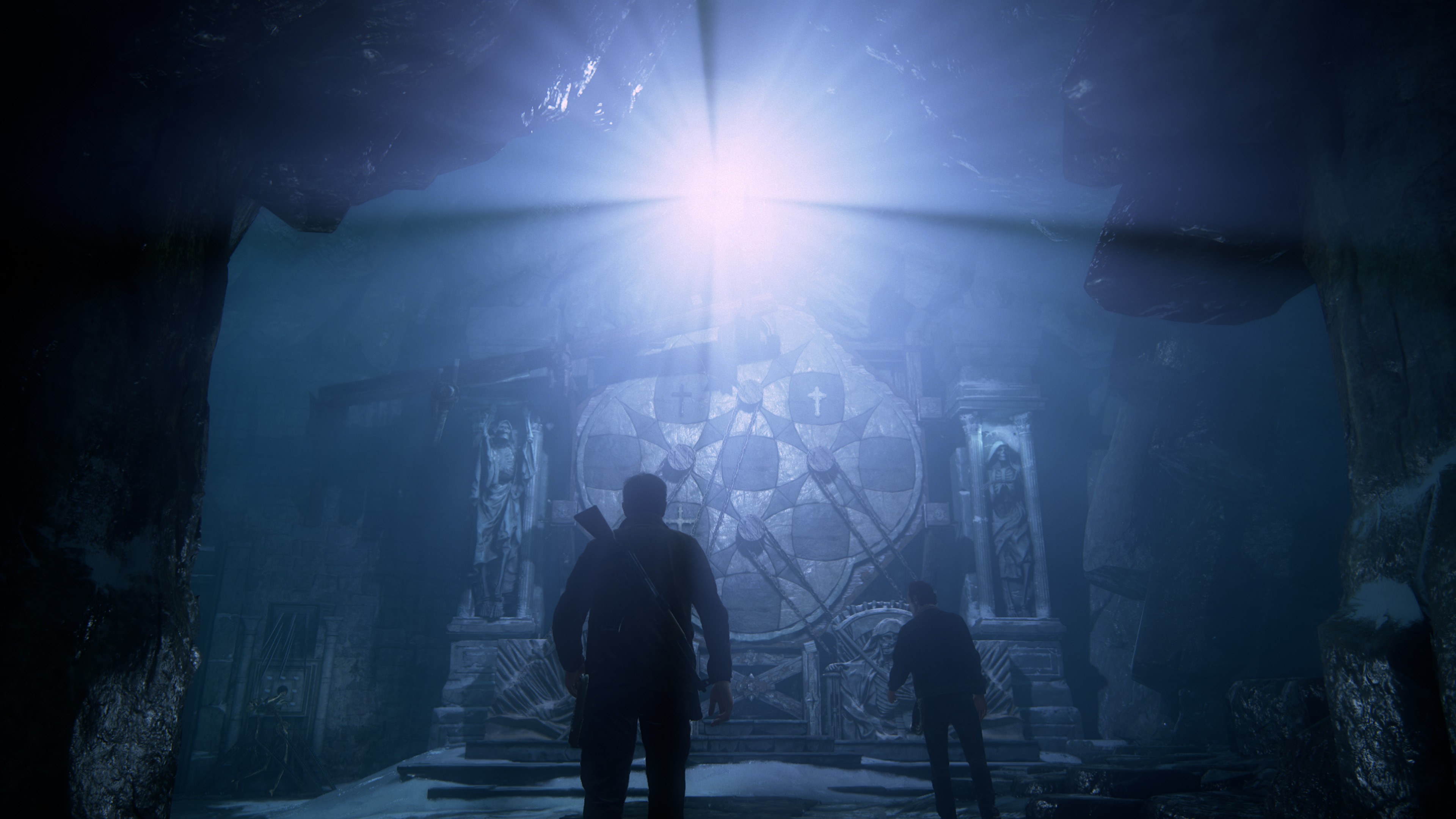 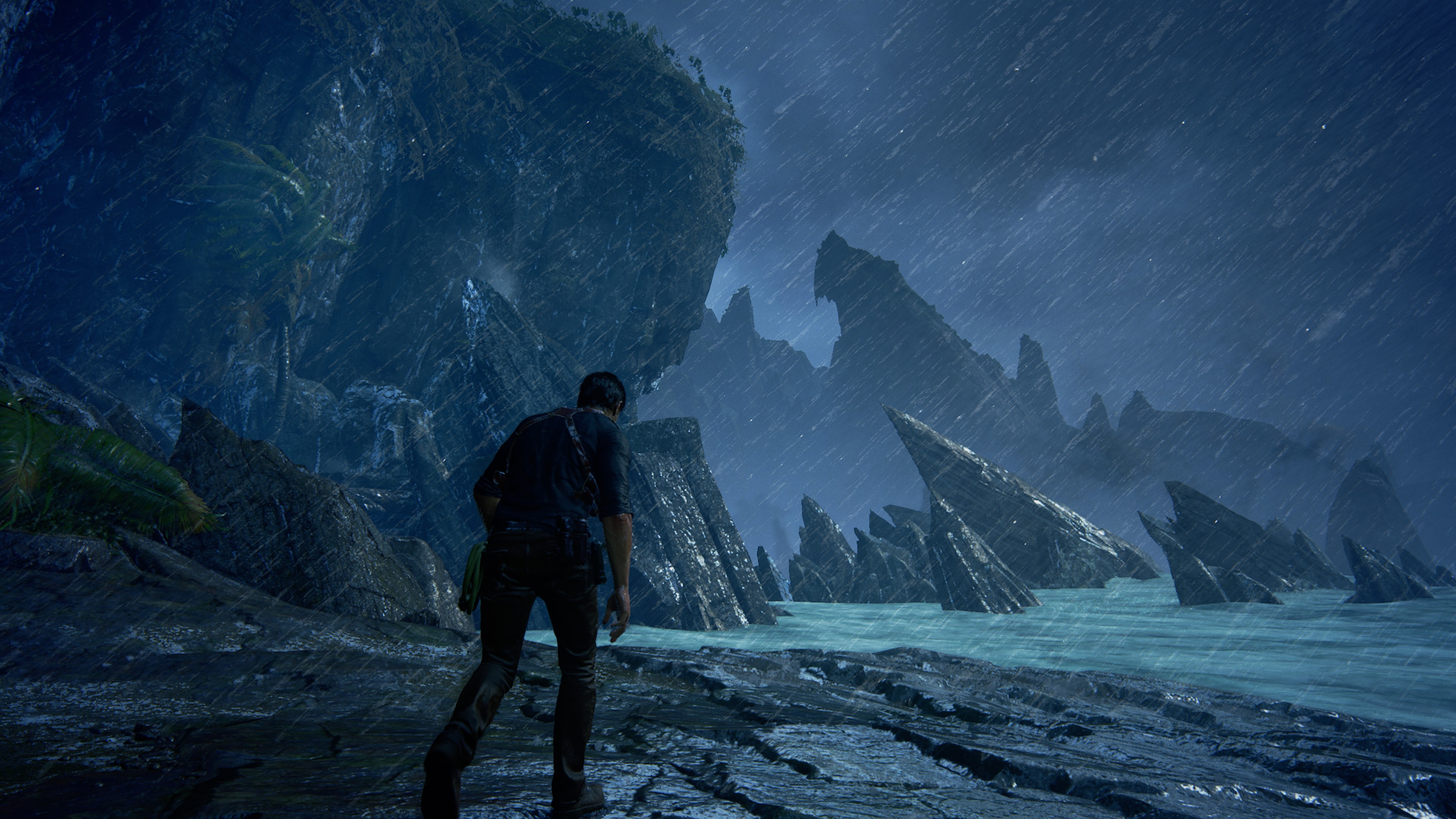 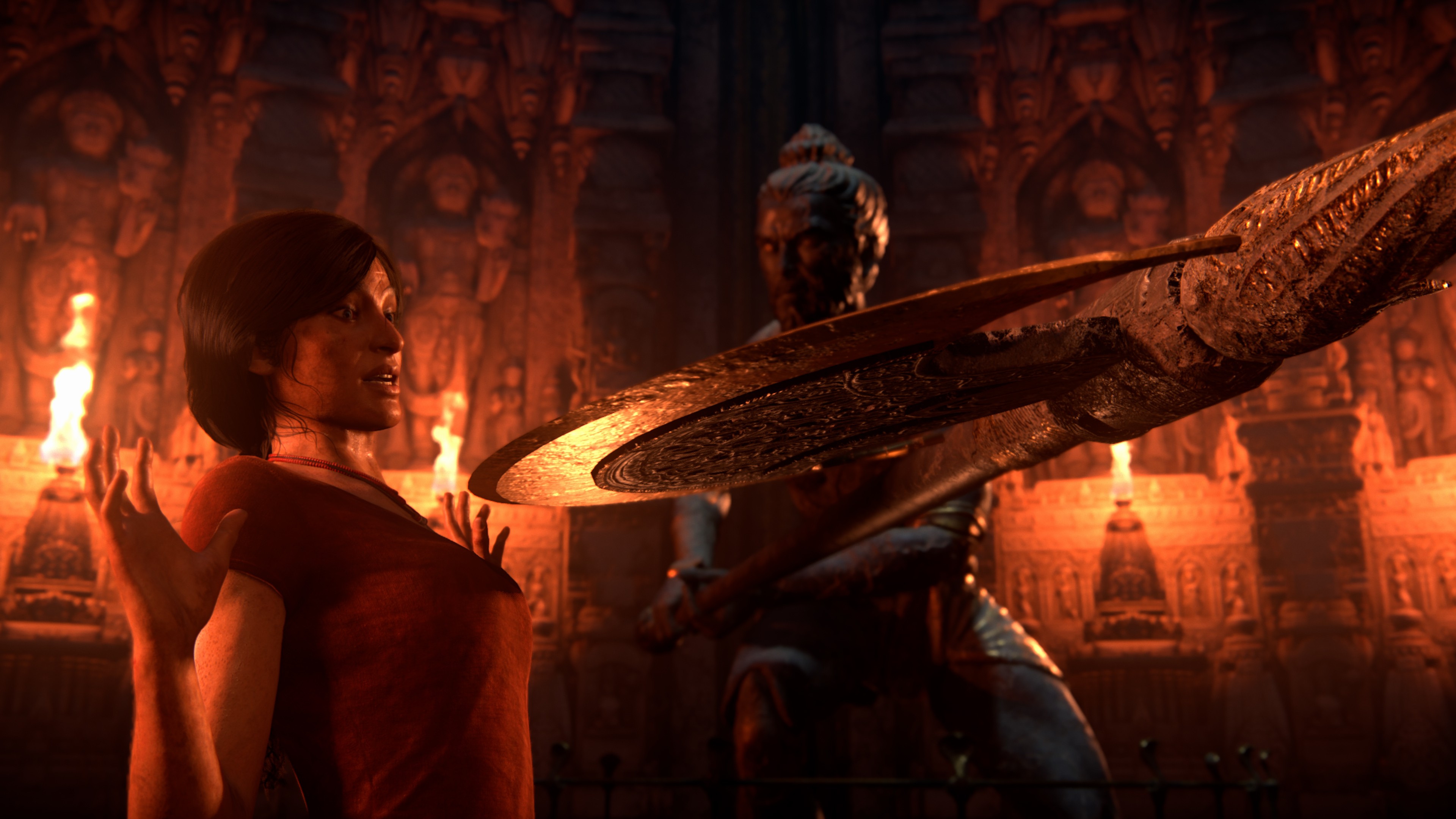 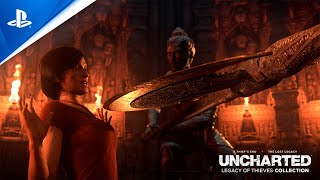 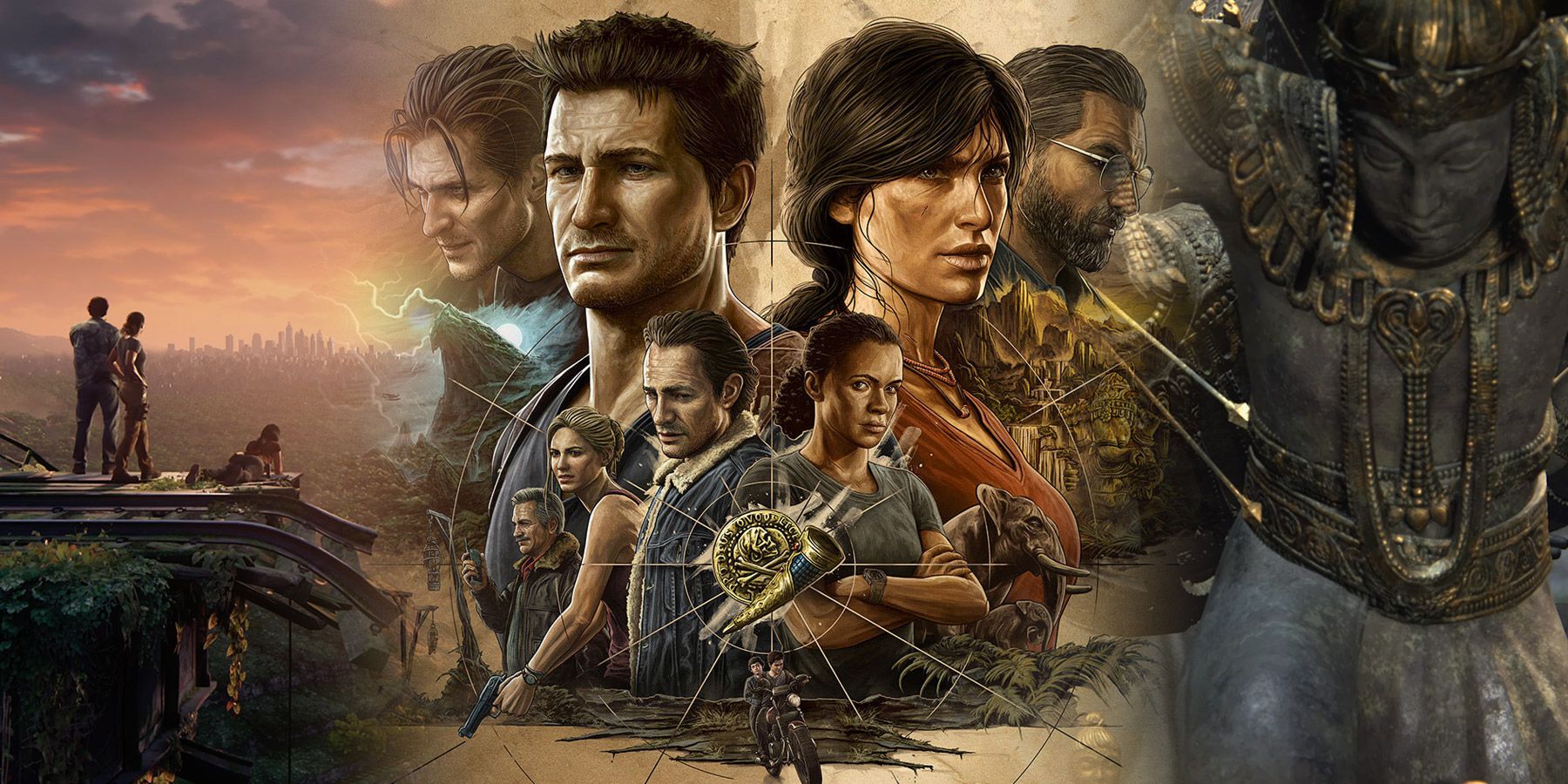 Seek your fortune and leave your mark on the map in the UNCHARTED™: Legacy of Thieves Collection. Uncover the thrilling cinematic storytelling and the largest blockbuster action set pieces in the UNCHARTED franchise, packed with all the wit, cunning, and over the top moments of the beloved thieves – Nathan Drake and Chloe Frazer.

In an experience delivered by award winning developer Naughty Dog, the UNCHARTEDTM: Legacy of Thieves Collection includes the two critically-acclaimed, globe-trotting single player adventures from UNCHARTED™ 4: A Thief’s End and UNCHARTED™: The Lost Legacy. Each story is filled with laughs, drama, high octane combat, and a sense of wonder – remastered to be even more immersive.

Live the adventure like never before with the features and incredible speed of the PlayStation®5 console. The award-winning fidelity and detail from the developers at Naughty Dog is made even more stunning with improved visuals and framerate. Feel the blockbuster action of the UNCHARTED franchise with the DualSense™ wireless controller’s haptic feedback and adaptive triggers.

UNCHARTED 4: A Thief’s End Winner of over 150 Game of the Year awards.

Several years after his last adventure, retired fortune hunter Nathan Drake, is forced back into the world of thieves. Fate comes calling when Sam, Drake’s presumed dead brother, resurfaces seeking his help to save his own life and offering an adventure Drake can’t resist. Drake’s greatest adventure will test his physical limits, his resolve, and ultimately what he’s willing to sacrifice to save the ones he loves.

On the hunt for Captain Henry Avery’s long-lost treasure, Sam and Drake set off to find Libertalia, the pirate utopia deep in the forests of Madagascar – leading to a journey around the globe through jungle isles, far-flung cities, and snowcapped peaks on the search for Avery’s fortune.

● A more personal story for Nathan Drake, raising the stakes for the award-winning storytelling of Naughty Dog.

● Fluid combat and traversal with the use of the grapple hook creates even more dynamic and thrilling action set pieces.

In order to recover an ancient artifact and keep it out of the hands of a ruthless warmonger, Chloe Frazer must enlist the aid of renowned mercenary Nadine Ross and venture to India’s Western Ghats to locate the Golden Tusk of Ganesh. In Chloe’s greatest journey yet, she must confront her past and decide what she’s willing to sacrifice to forge her own legacy.

● An all-new setting for adventure in the southwestern coast of the Indian peninsula, featuring an exotic mix of urban, jungle, and ancient ruins environments.

● The action-packed set pieces and captivating narrative that fans have come to expect from Naughty Dog and the UNCHARTED series.

● Builds on the acclaimed UNCHARTED franchise gameplay with updated systems and refinements, including cinematic combat, exploration, and traversal of jaw-dropping environments, complex puzzles and more.