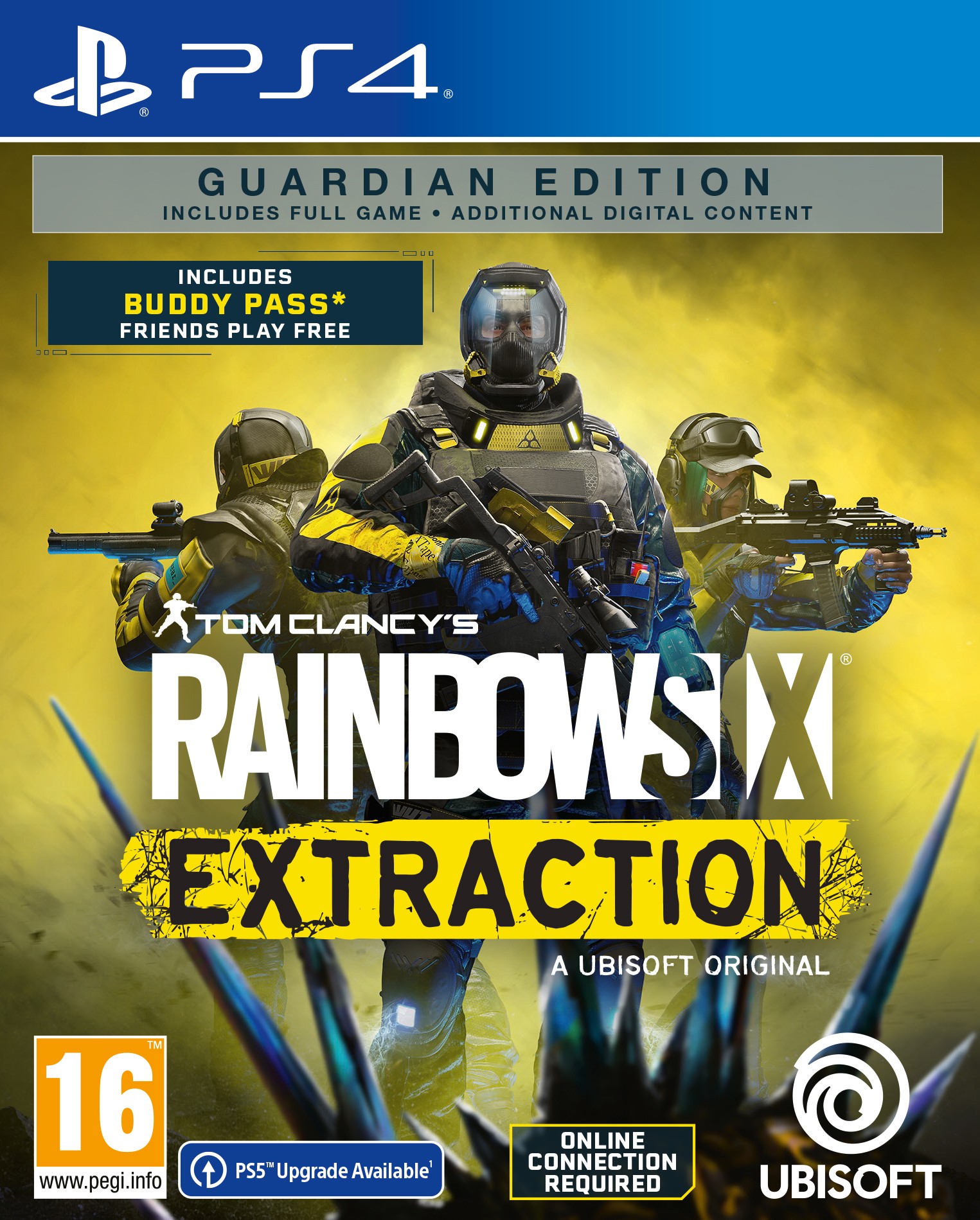 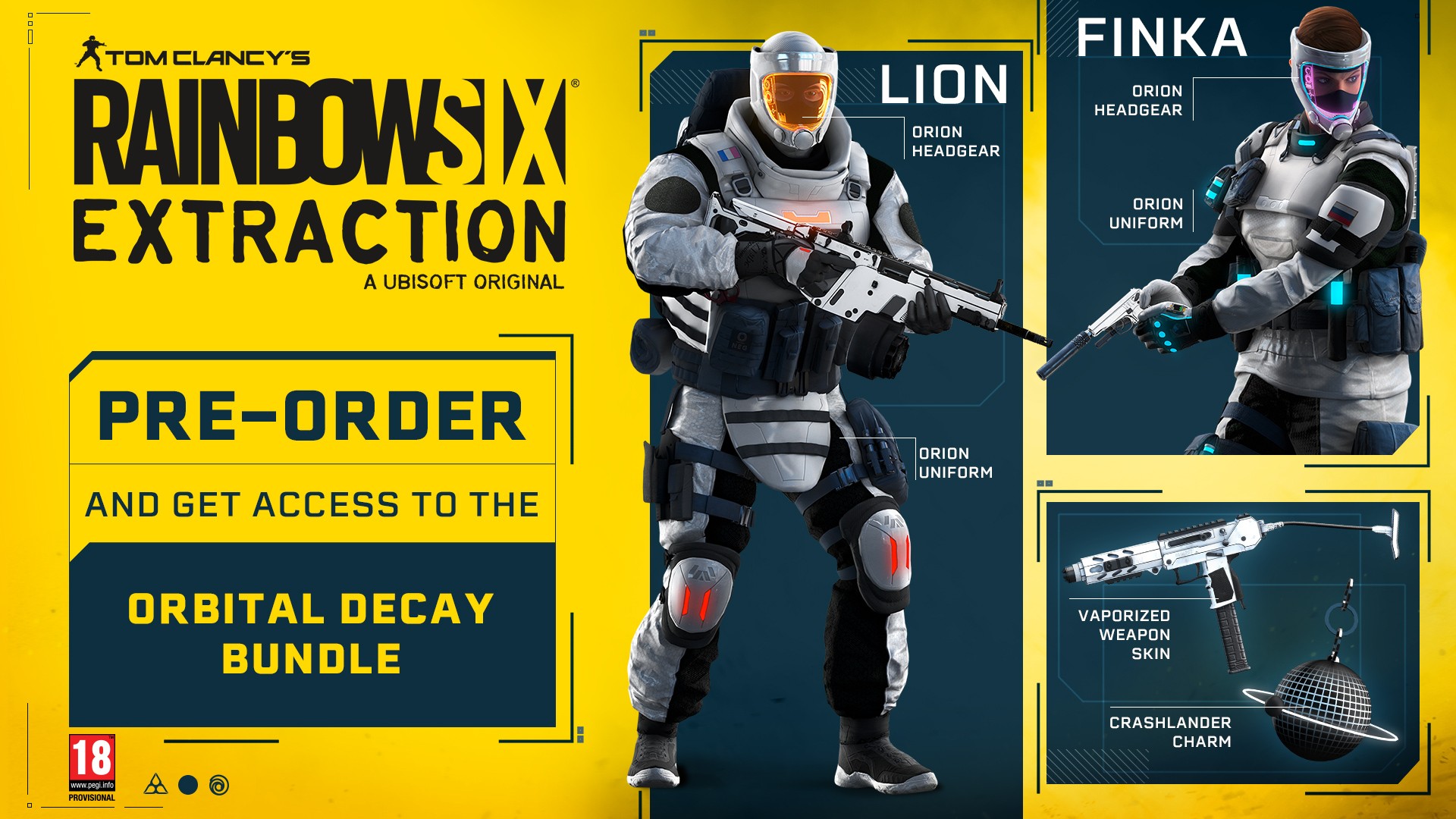 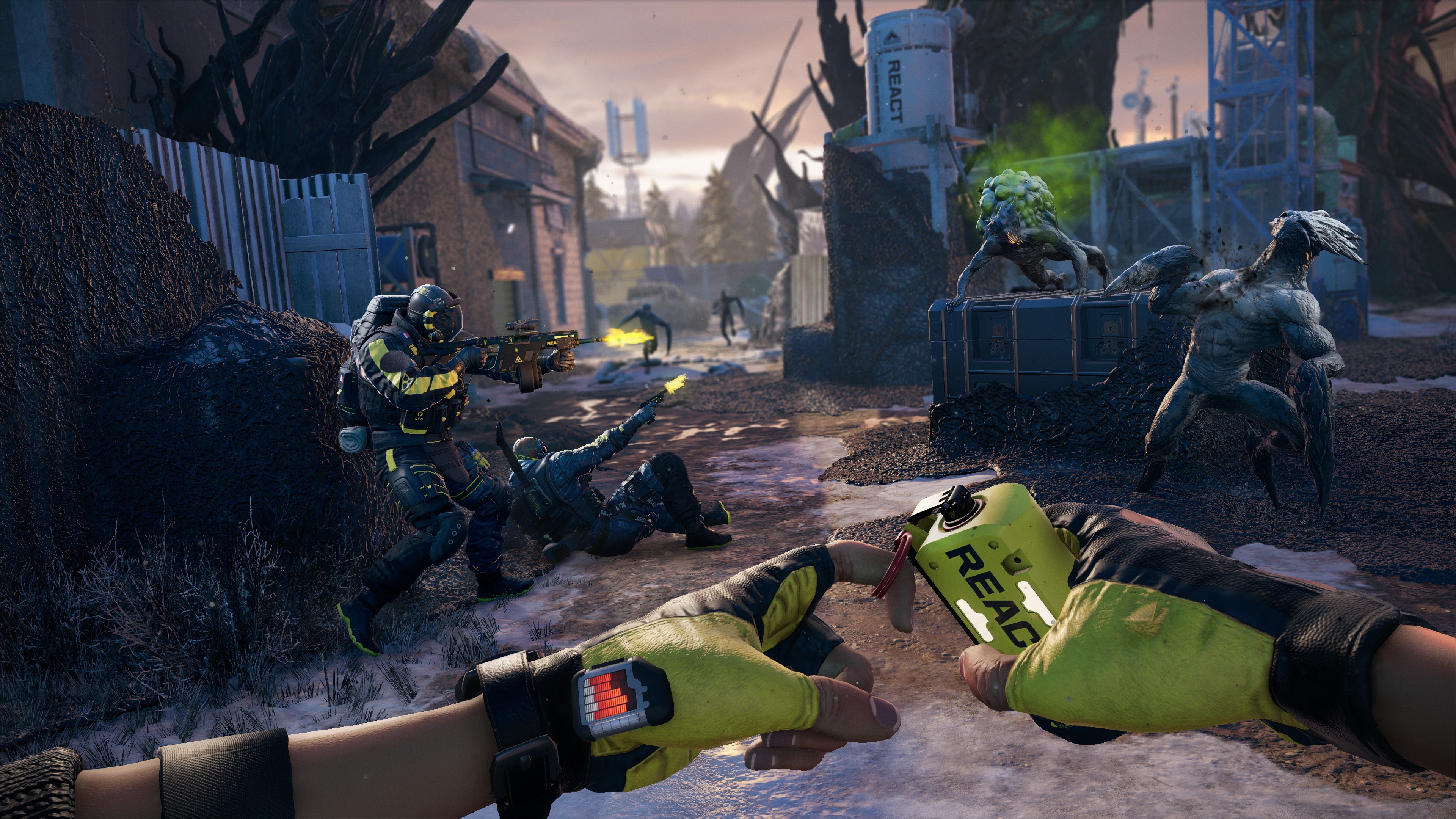 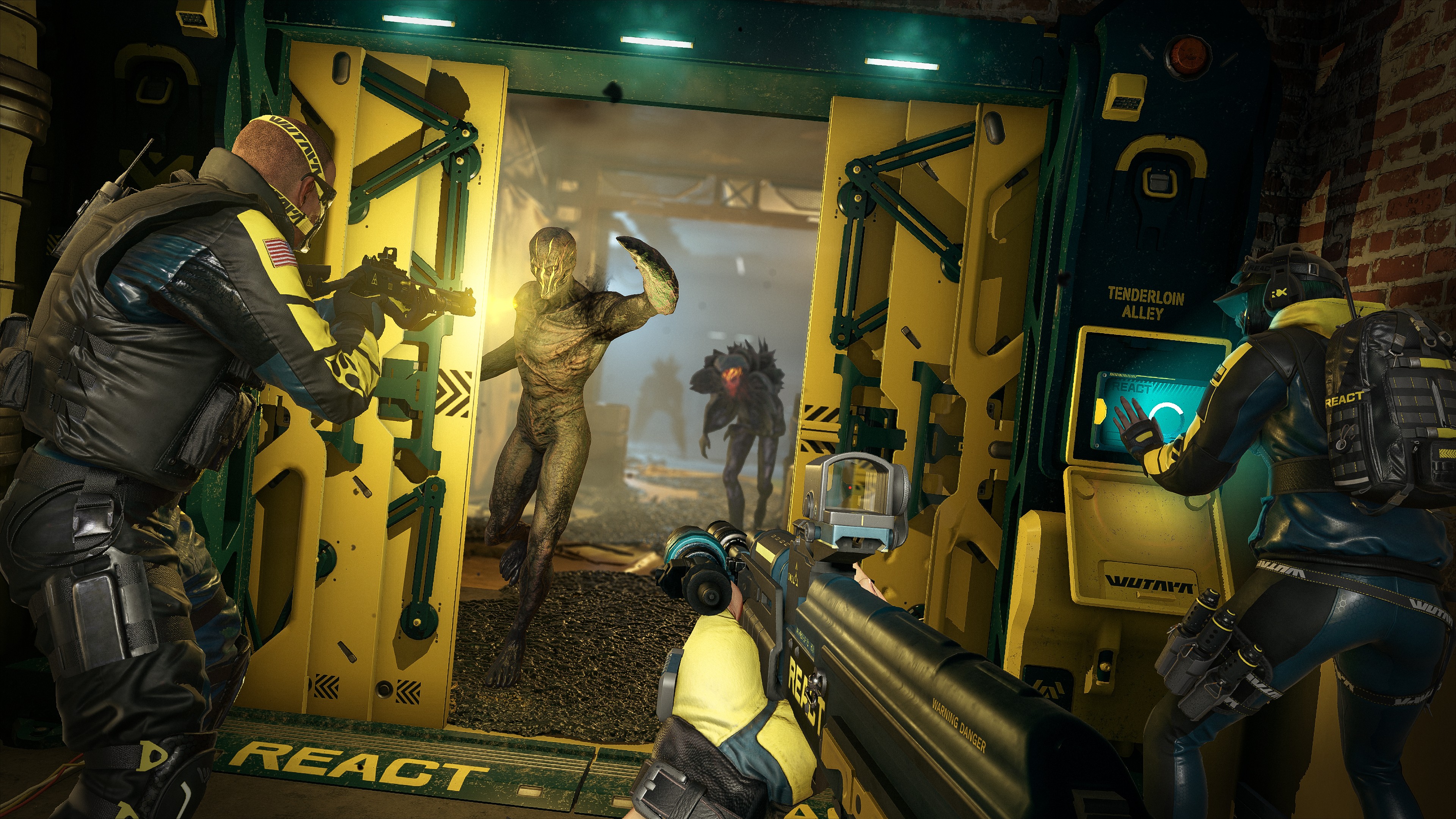 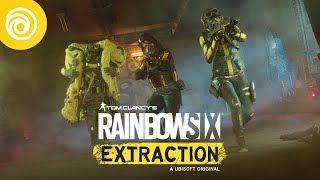 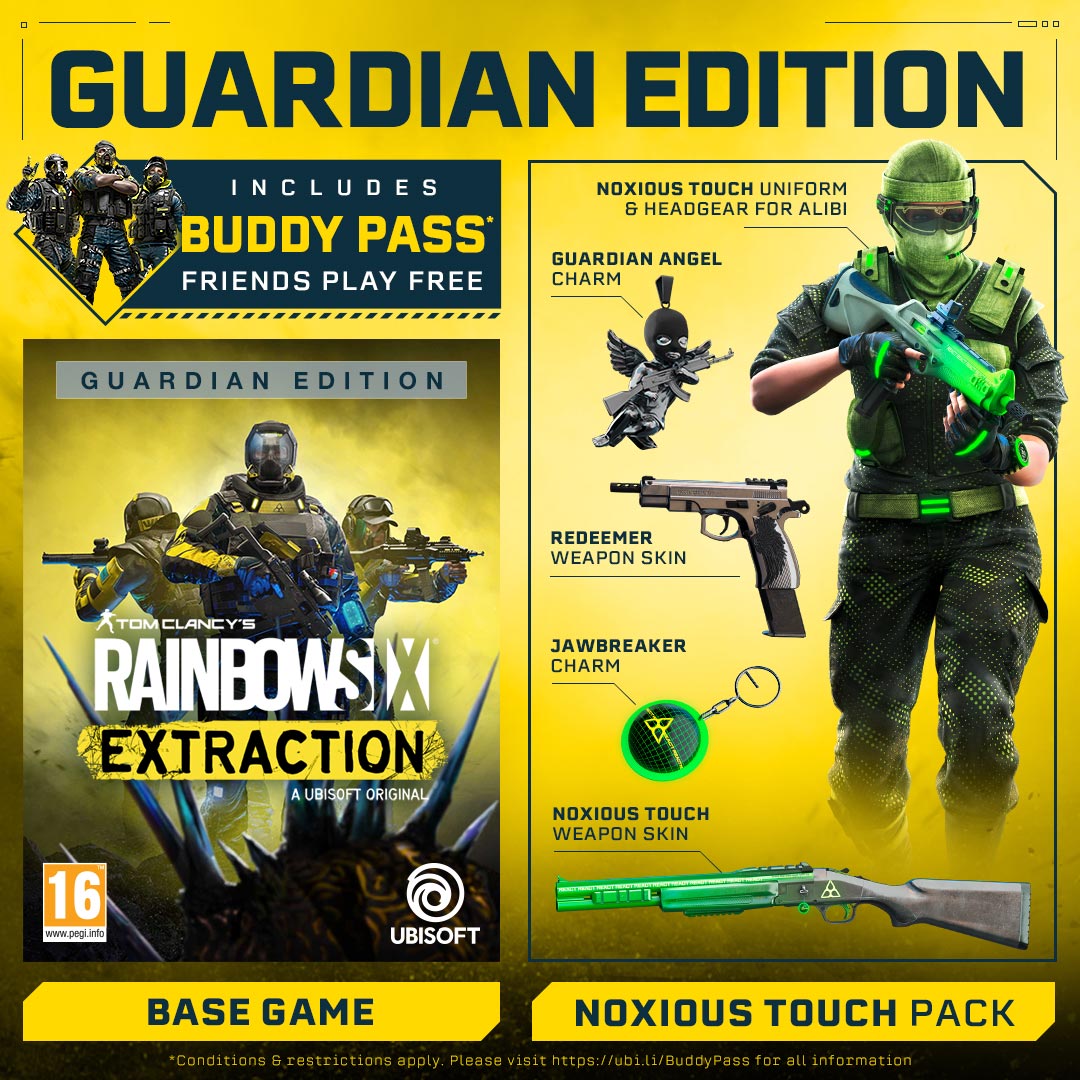 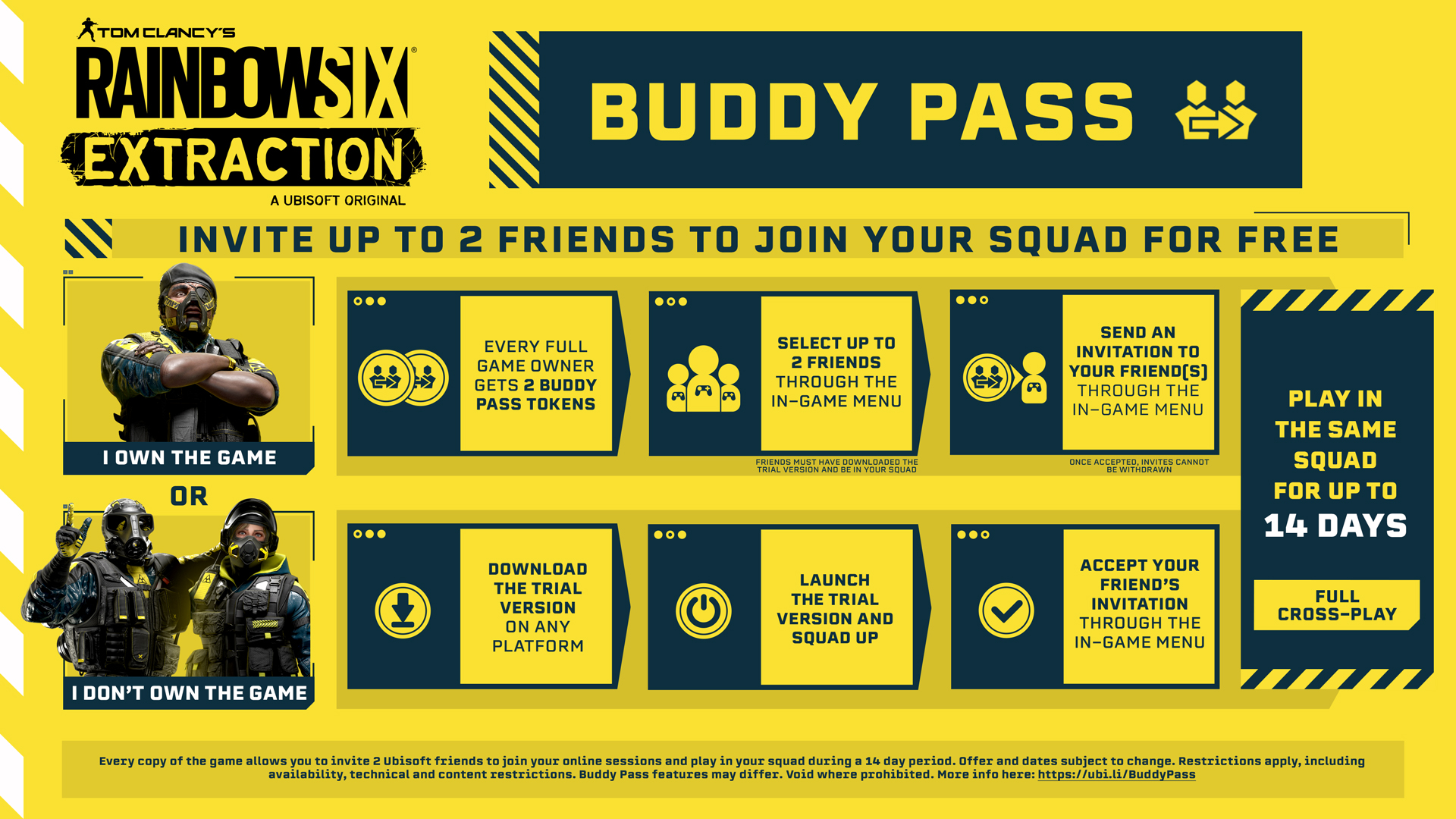 Tom Clancy’s Rainbow Six Extraction is a one to three player cooperative tactical first-person shooter. Assemble your elite team of Rainbow Six operators to launch incursions into the unpredictable containment zones and discover the mysteries behind the lethal and constantly evolving Archæns alien threat. Knowledge, cooperation, and a tactical approach are your best weapons.

Pick from 18 of the Rainbow Six operators that are best adapted to survive the incursions. Each operator has a specific set of weapons, gadgets, and abilities to learn and master. With each mission completed, your operator will level up, boost their stats, and gain access to new loadout options and powerful combat perks.

RISK IT ALL IN UNPREDICTABLE CONTAINMENT ZONES

With a selection of 12 uniquely designed maps set in four regions across the US, featuring procedurally generated challenges, enemies, infestation, and increasing difficulty, the dangers are unpredictable and constantly evolving. The deeper you go from airlock to airlock, the richer the rewards, but the greater the risks your squad will face.

Those who fail to get to an extraction point will find their operator MIA, making them temporarily unavailable for future missions. The only means of recovering an MIA operator is to mount a rescue in one of the submaps before the parasite takes them over completely.

The Chimera parasite and its evolving Archæns are highly lethal sentient organisms. Face each of the 10 parasitic archetypes, from the vicious Spiker to the elusive Tormentor and the summoning Apex. Survive the Sprawl, a flow of self-aware parasitic tissue that spreads over the containment zone, altering the ecosystem surrounding you and ultimately giving the advantage to its native Archæns.