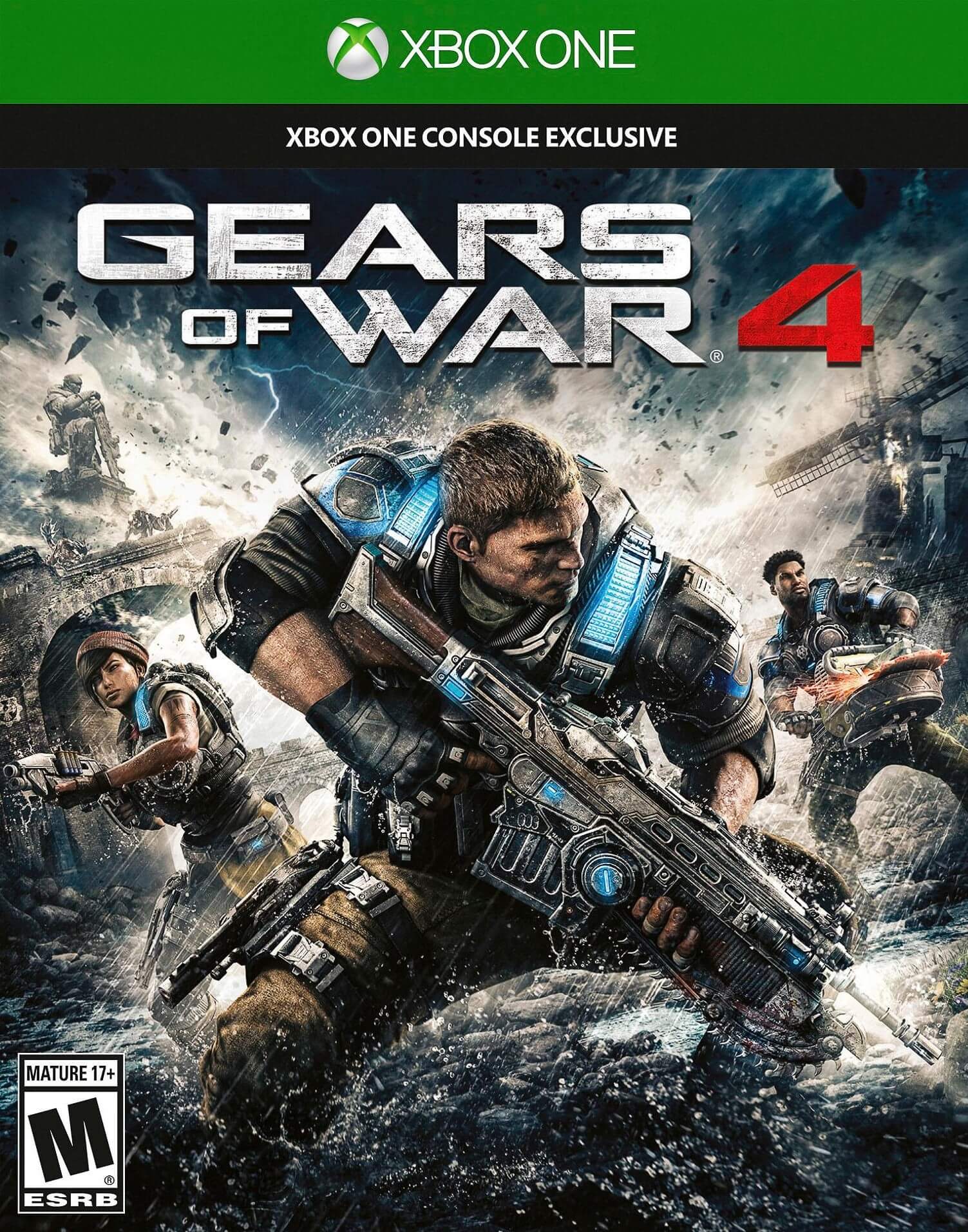 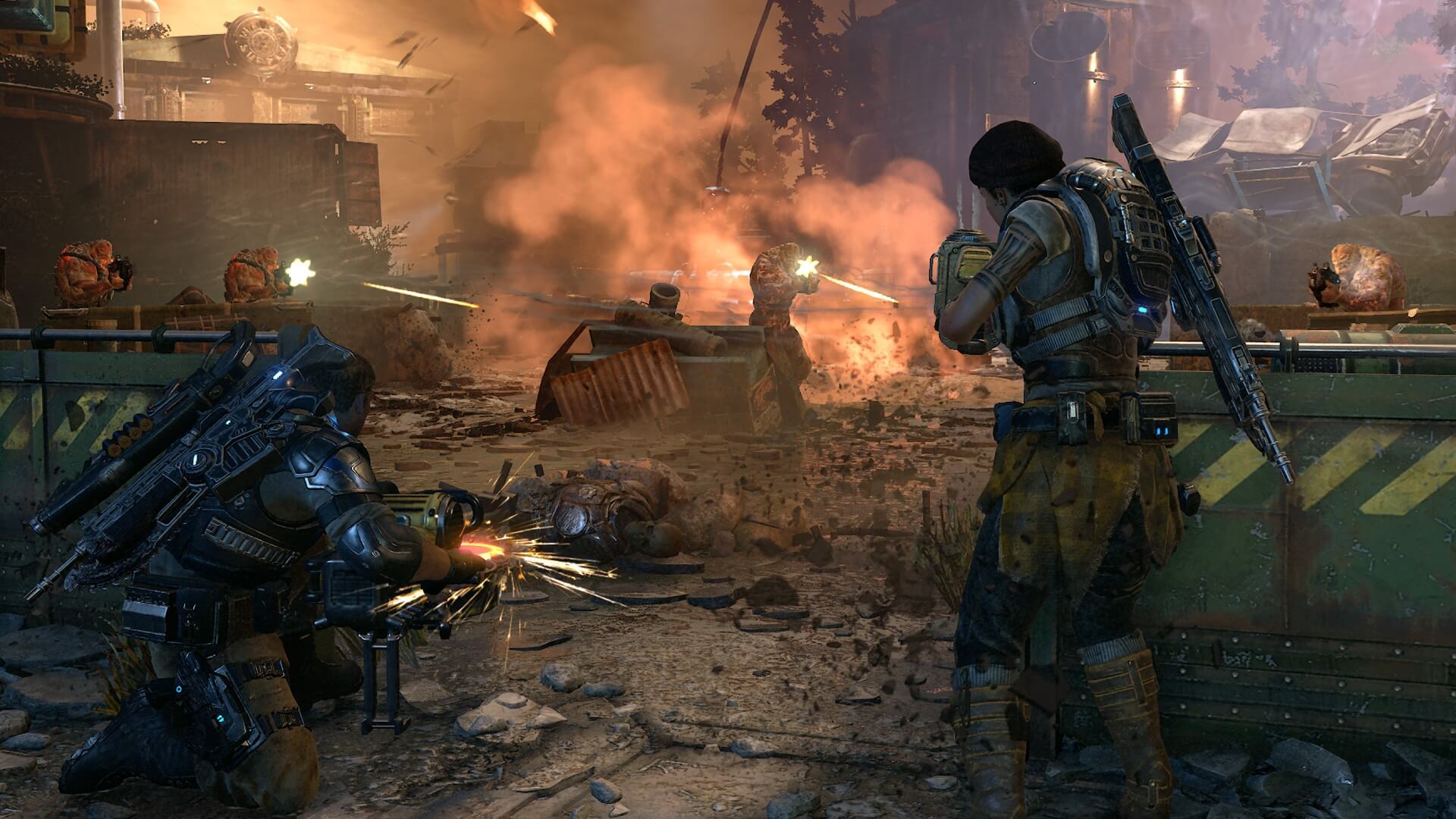 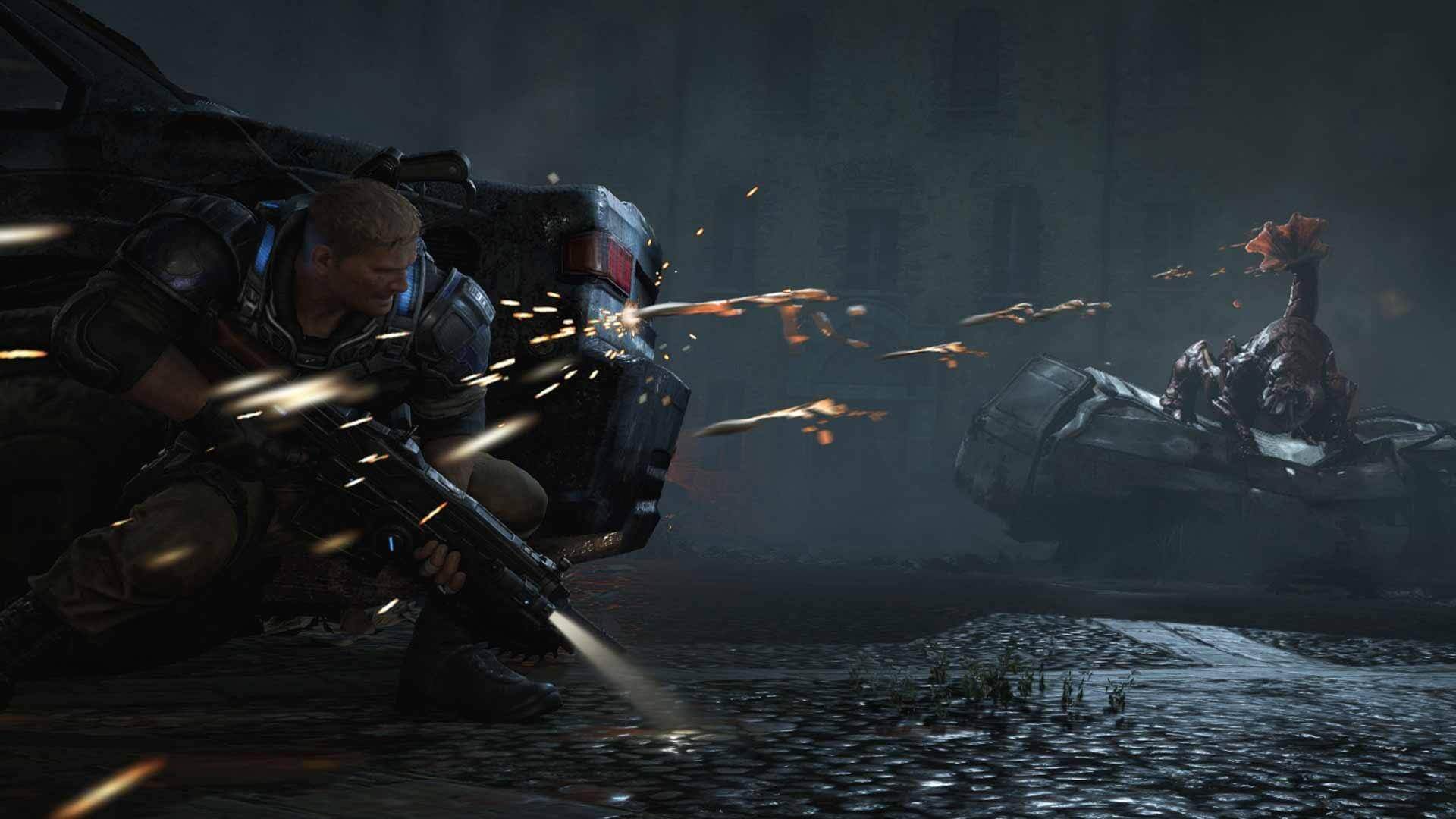 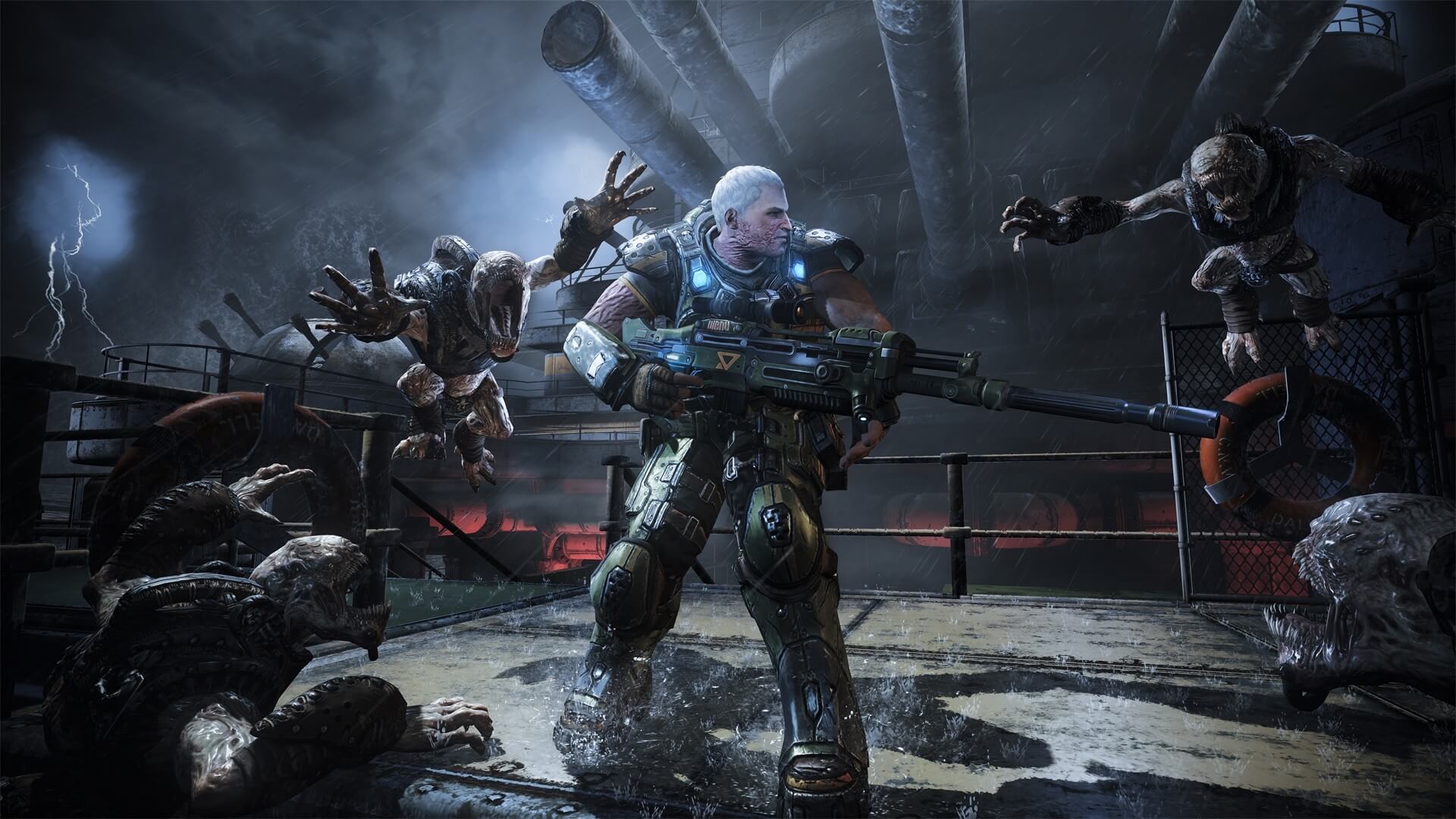 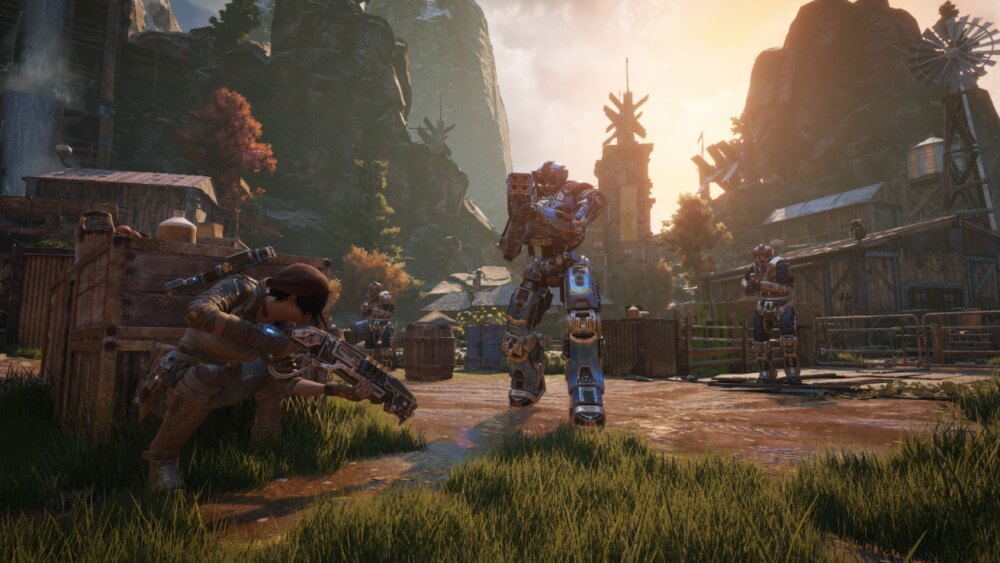 25 Years after Gears of War 3, spurred by a series of strange disappearances, JD Fenix must embrace his father’s legacy and battle a terrifying new enemy. Never Fight Alone: Enjoy two-player co-op with friends locally via split-screen, over Xbox Live or LAN. Player 2 can select either Kait or Del. Redefined Cover Gameplay: New close-cover combat moves and combat-knife executions turn each piece of cover into an offensive opportunity. Brutal New Weapons: An incredible arsenal of new weapons includes the Buzzkill and Dropshot, which can shoot around and over cover, raining destruction from all angles . Explosive Versus Multiplayer: Compete online in new and favorite game types, all at 60fps on dedicated servers. A new visible ranking system means fairer matchmaking for social, competitive and professional players alike.