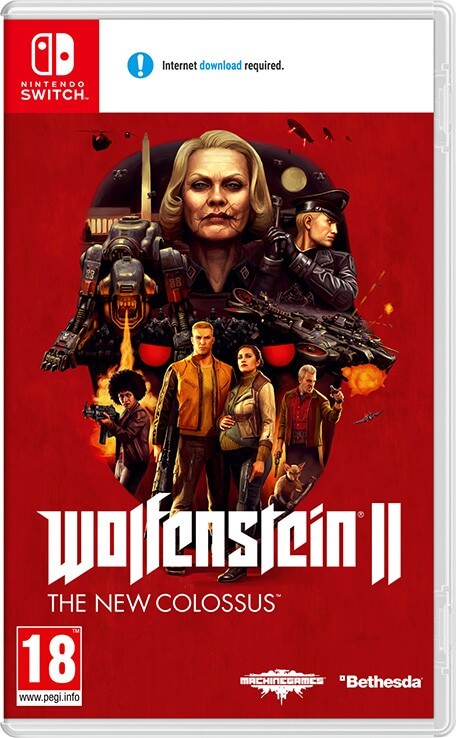 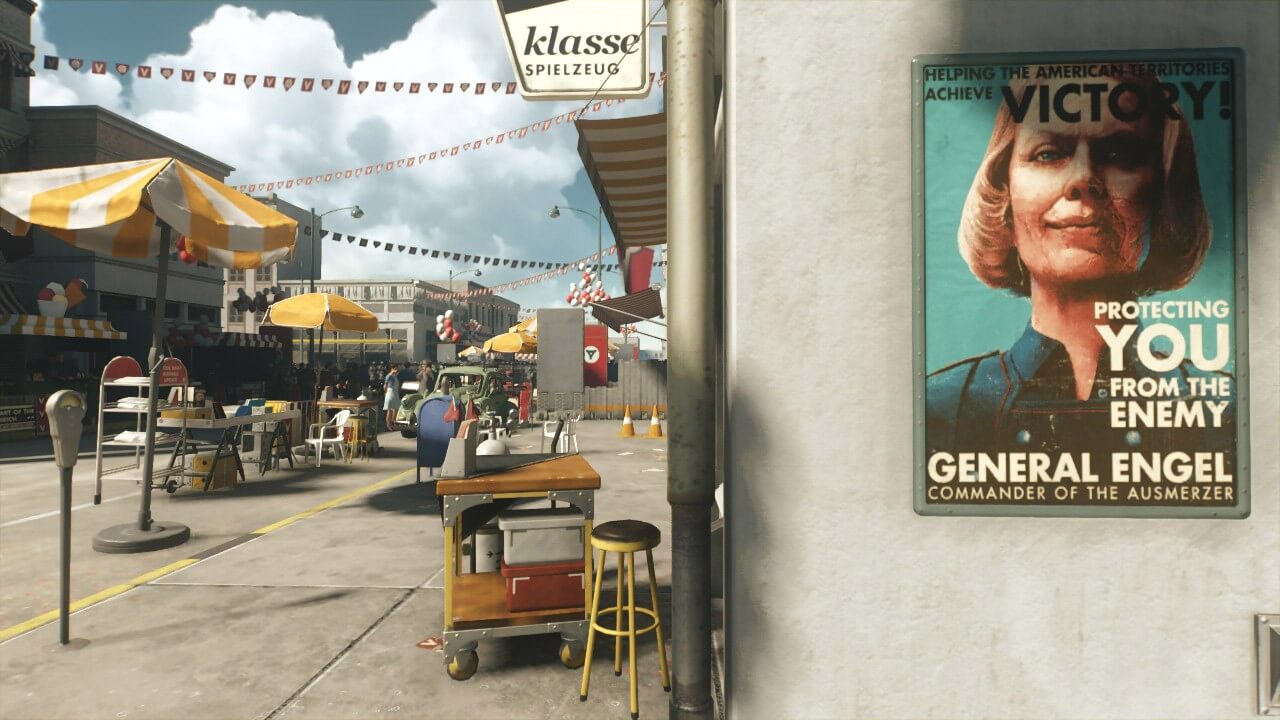 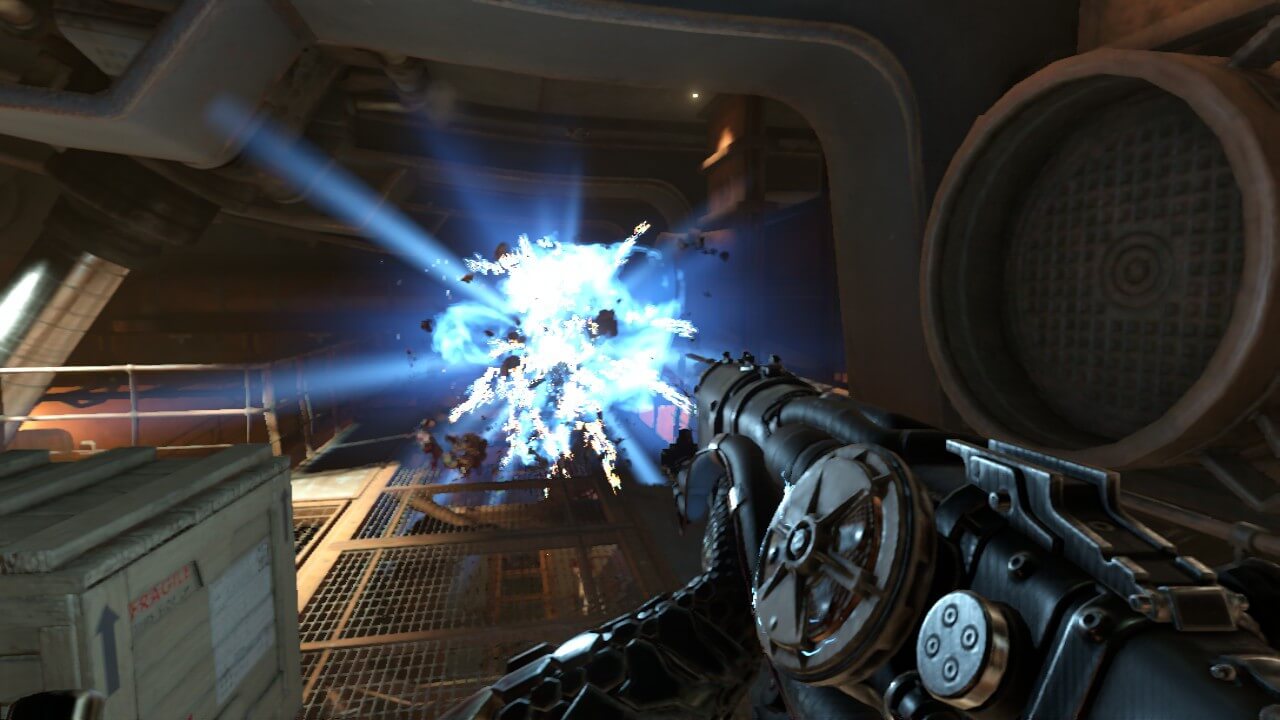 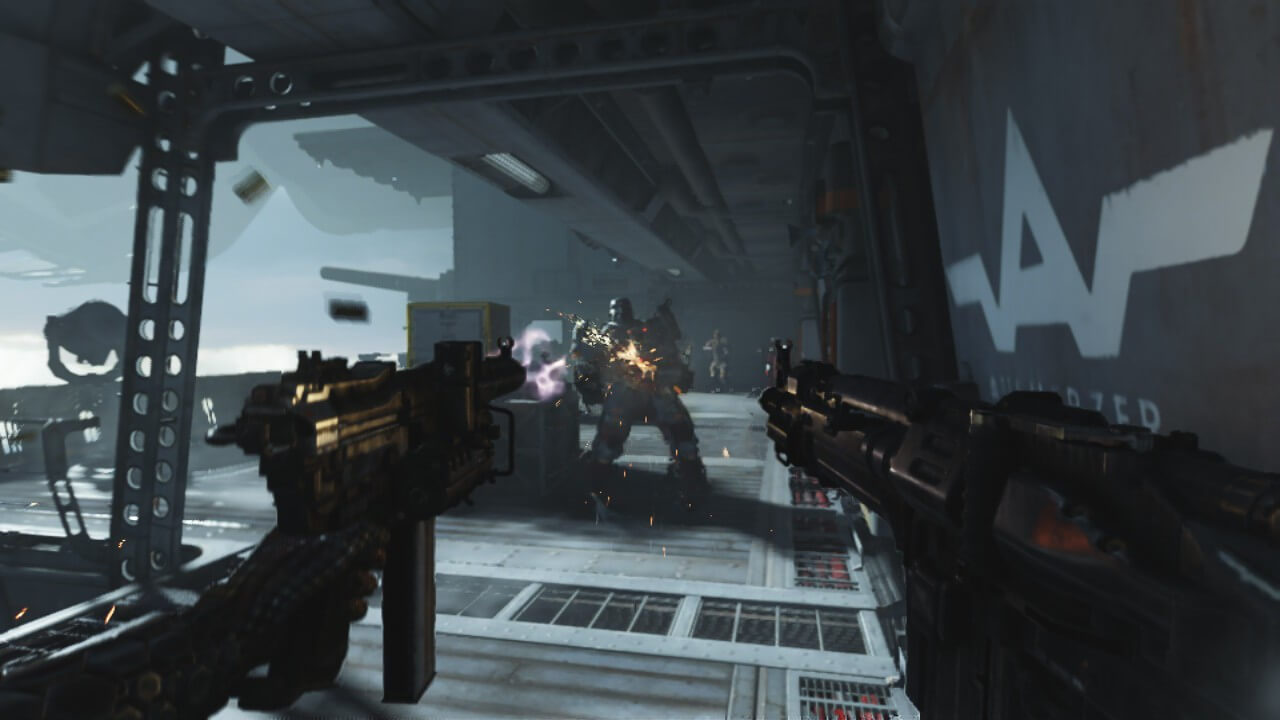 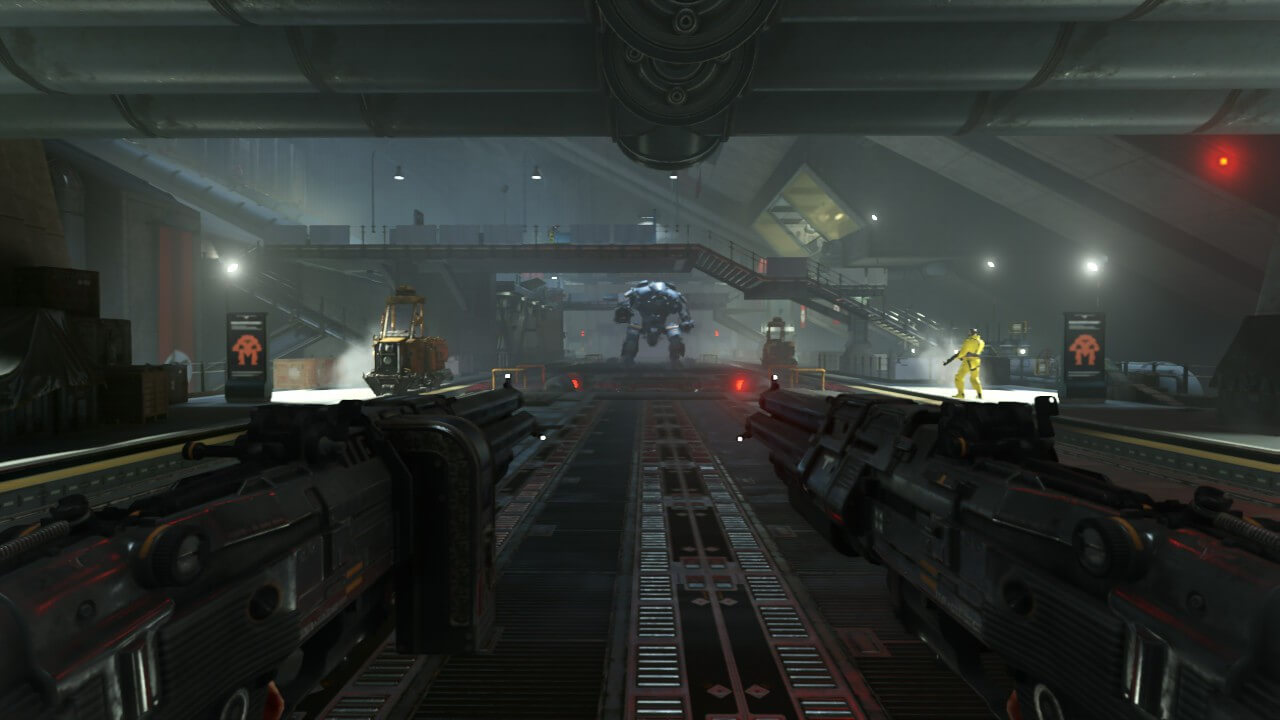 Wage the Second American Revolution whenever and wherever when Wolfenstein II: The New Colossus, the Video Game Awards' "Best Action Game of 2017" winner, launches for Nintendo Switch. As BJ Blazkowicz, experience an unforgettable action-packed story brought to life by extraordinary characters. Reunite with your friends and fellow freedom fighters as you take on the evil Frau Engel and her Nazi army.

Fight through post-nuclear Manhattan, occupied Roswell, New Mexico, and the embattled bayous and boulevards of New Orleans as you liberate the American people from the Nazis. And, for the perfect blend of immersion and accuracy, utilize the Nintendo Switch’s unique motion controls to stop the Nazi threat.

Fight for Freedom Everywhere
Wolfenstein II: The New Colossus on Nintendo Switch is the only way to play the game anywhere. Fight for freedom from the comfort of your home or on-the-go.

Unique Campaign
Strap in for a mature, daring, and unique campaign as you fight the Nazi war machine on American soil. As BJ Blazkowicz, protect your family and friends, forge new alliances and face the demons of your troubled past as you rally the resistance to overthrow the Nazi occupation.

Play Your Way
Take down the Nazi war machine with swift efficiency. Full motion aiming support for Joy-Con and Pro Controllers allows players the option to fine-tune their shots with the flick of a wrist.